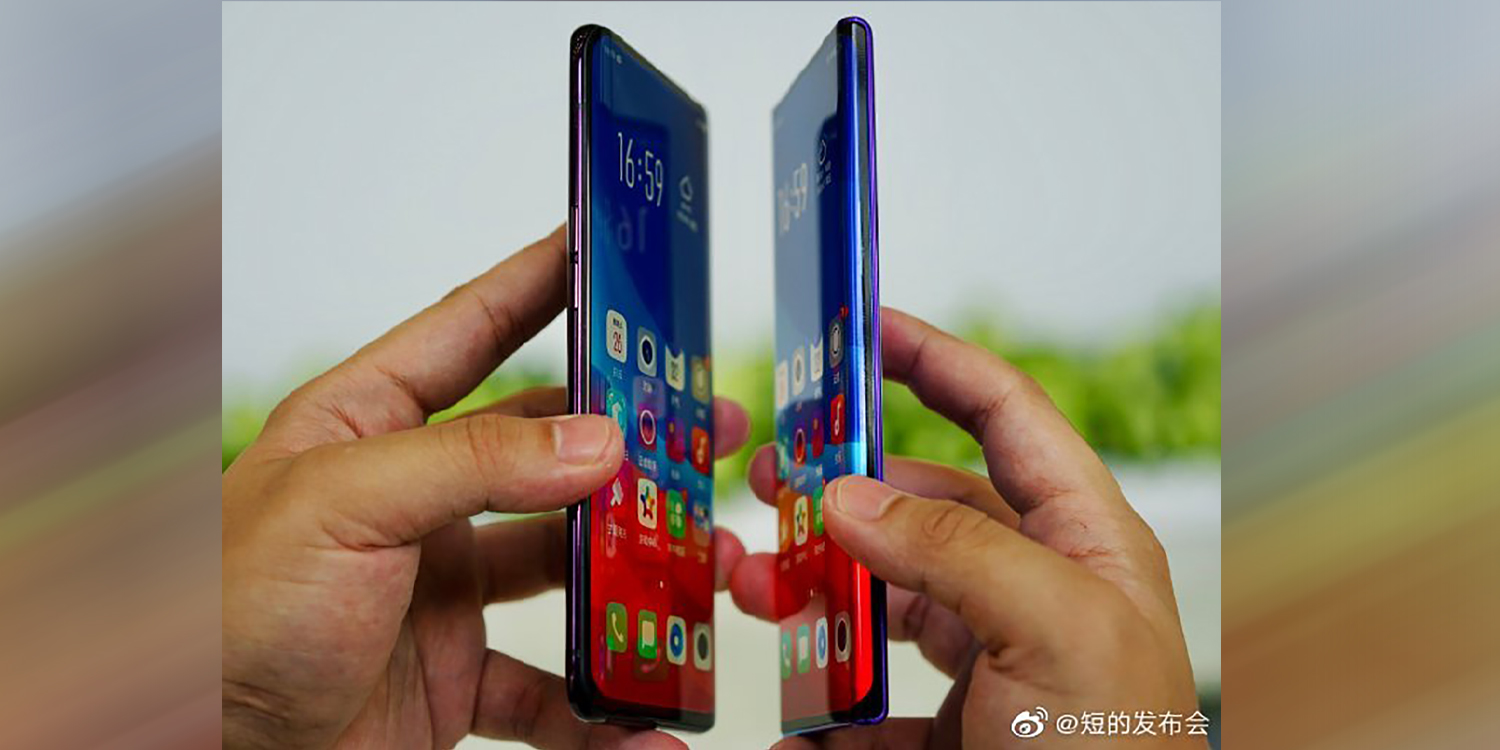 Oppo looks to be pushing us towards an ultra-curved future with in-display cameras. Their latest efforts show off what they are calling a “Waterfall Screen” that has simply insane edges that are almost at 90-degrees.

While curved edges on current displays are more or less the norm, the extra level that these curves reach really does look striking. How it will work is another question entirely. Curved displays already cause numerous issues with edge touches, this could only exacerbate the problem if the curves do register touches.

Oppo shared the prototype device on Chinese networking site Weibo, with direct comparisons with its own Reno 10x Zoom handset. Given the Reno has curved edges already, it gives you a sort of point of reference for the extra roundedness on show.

The company has had a habit of showing off concepts and future tech well ahead of integration into its latest smartphones. We’d wager that it’s highly likely we’ll see these 88-degree curves head to an Oppo branded smartphone in the future.

Twitter leaker Ice Universe also happened to share a hands-on video of the “Waterfall Screen” in action but the person using it doesn’t appear to make any edge touches. Some rumors are circulating that this display is expected to come to a Find X sequel.

Considering that curved displays themselves are quite polarizing, Oppo moving the ball forward quite substantially could go one of a few ways, especially as these curves don’t appear to improve the viewing or user experience in any major way. It will undoubtedly ruin the prospect of screen protectors for a lot of upcoming phones too.

What are you thinking? Do we need the Oppo curved “Waterfall Screen” or should they stick to slightly less curved displays? Let us know in the comments section.