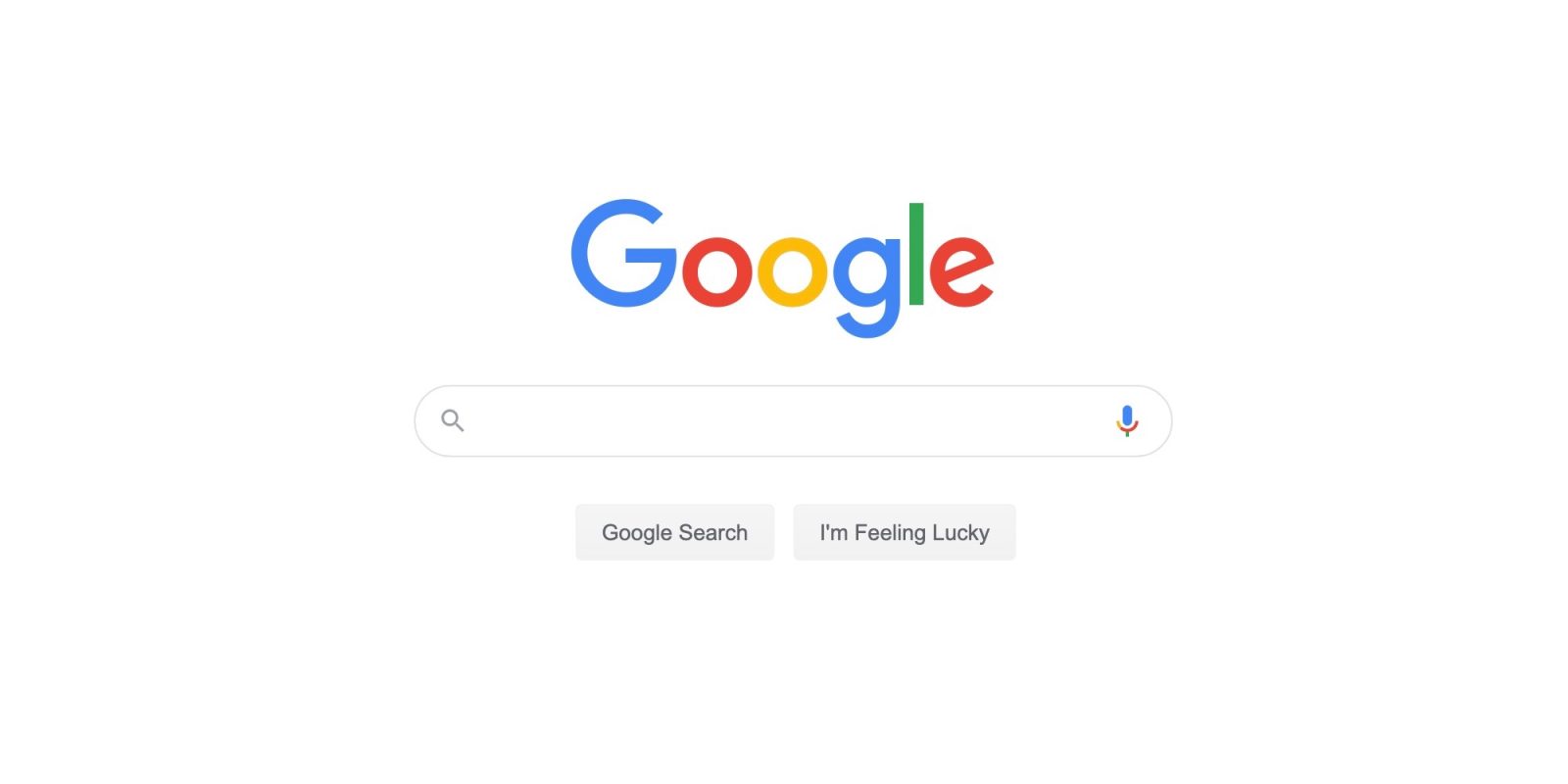 One recent trend in interface design has been to replace icons with text buttons. Aimed at reducing confusion by being explicit about the nature of an action, Google.com is now using such a “Search” button.

“Search” — in blue Google Sans — replaces a similar colored magnifying glass icon at the very right of the search field. It’s next to the existing microphone icon in Google’s four colors for voice input.

Update 8/6: After first spotting in late June, the Google Search button A/B test disappeared on my account and devices. As of this evening, Google looks to have fully rolled out this design change on both the homepage and search results. There are several reports of this tweak widely implemented in the U.S. and around the world.

Since the word “search” is much wider than what came before spacing has been increased, with the mic further left. Highlighting the button with your cursor reveals that it is oval in shape. Clicking it also elevates the search bar’s faint gray outlines.

When you’re entering text into the field, a magnifying glass icon appears at the left of your query. This change coincides with a design tweak on the main Google.com homepage. The left of the search pill also adds a light gray icon that is purely stylistic, and cannot be clicked.

At first glance, it’s somewhat odd to have more text to the right, but it does catch your eye. While queries can be looked up by pressing ‘enter’ on your keyboard, many users still click with their mouse or trackpad. In the past, the side-by-side microphone somewhat diminished the search icon.

Additionally, there was already a magnifying icon as part of the “All” search filter. That change this month introduced colorful Material Theme icons to all query categories.

The Google “Search” button is likely part of the company’s many A/B tests that it runs before widely launching a new feature. It is live on my account in the “All” filter, but not available when signed out in Incognito or on other devices we checked today.