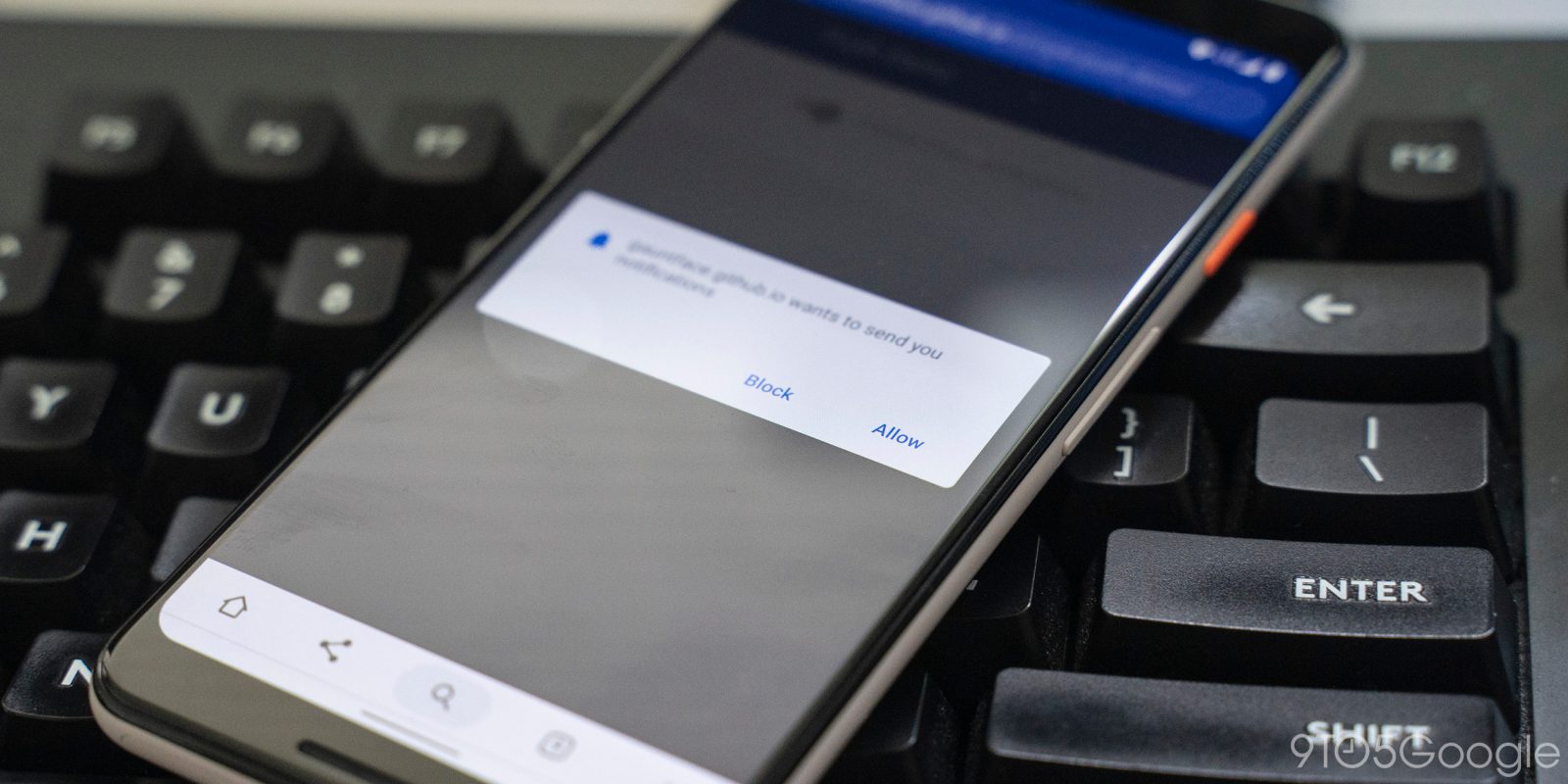 It’s almost impossible to browse the web these days without being inundated by sites asking if they can send you notifications. Infuriatingly, these notification requests even appear as dialogs that take over your screen on Chrome for Android. Google is working on a new way for Chrome and Chrome OS to deal with requests for notification access, including blocking them automatically.

The folks over at XDA-Developers have spotted a new flag that was added to Chrome for Android yesterday, which promises to make the request for notifications much “quieter” or less intrusive than an alert dialog.

Enables quieter permission prompts for notification permission requests. When a site wishes to show notifications, the usual modal dialog is replaced with a quieter version.

While most flags in chrome://flags can only be either enabled or disabled, this flag actually has three different “enabled” options that all change the way web notification prompts work. We were able to dig into a wide variety of work-in-progress code changes to get a better idea of what each of these options can do.

The first option, simply labeled “Enabled,” has Chrome send a silent push notification to your device letting you know when a request for notifications is blocked. The second option, “Enabled (heads-up notifications),” is almost exactly the same, except the push notification will briefly pop up on your screen as a “heads-up.” In both of these options, the notification will have a “Manage” button that will bring you to Chrome’s Site Settings page for that website, where you can manually unblock web notifications.

Notifications are currently blocked for all sites except for sites you individually allow.

The third option, “Enabled (mini-infobars),” takes things in a different direction. Instead of a push notification, you’ll see a small “infobar,” possibly along the bottom of your screen, with a short message — “Notifications blocked” — letting you know that Chrome blocked the notification request. This bar will have the same “Manage” button to unblock notifications, along with a “Details” button to learn more.

Both currently planned options will show an icon somewhere in the address bar, used to indicate when Chrome has blocked a notifications request. The main difference is that one version will have a sliding animation and briefly display the words “Notifications blocked.” Clicking the icon will bring up a “bubble” that explains that Chrome automatically blocks notification requests and gives you the option to allow notifications for that particular site.

What’s most interesting about the way it’s handled on desktop is that Google Chrome may automatically switch to blocking notifications for some people, depending on how often they decline notification requests.

Automatically blocked because you declined notifications a few times.

As always is the case with features found in code changes, Chrome’s ability to automatically block notification requests is still a work in progress, and Google can decide at any point to scrap it altogether. Should Google decide to go ahead with it, automatic notification blocking could arrive in Chrome for desktop, Android, and Chrome OS as early as Chrome 78.