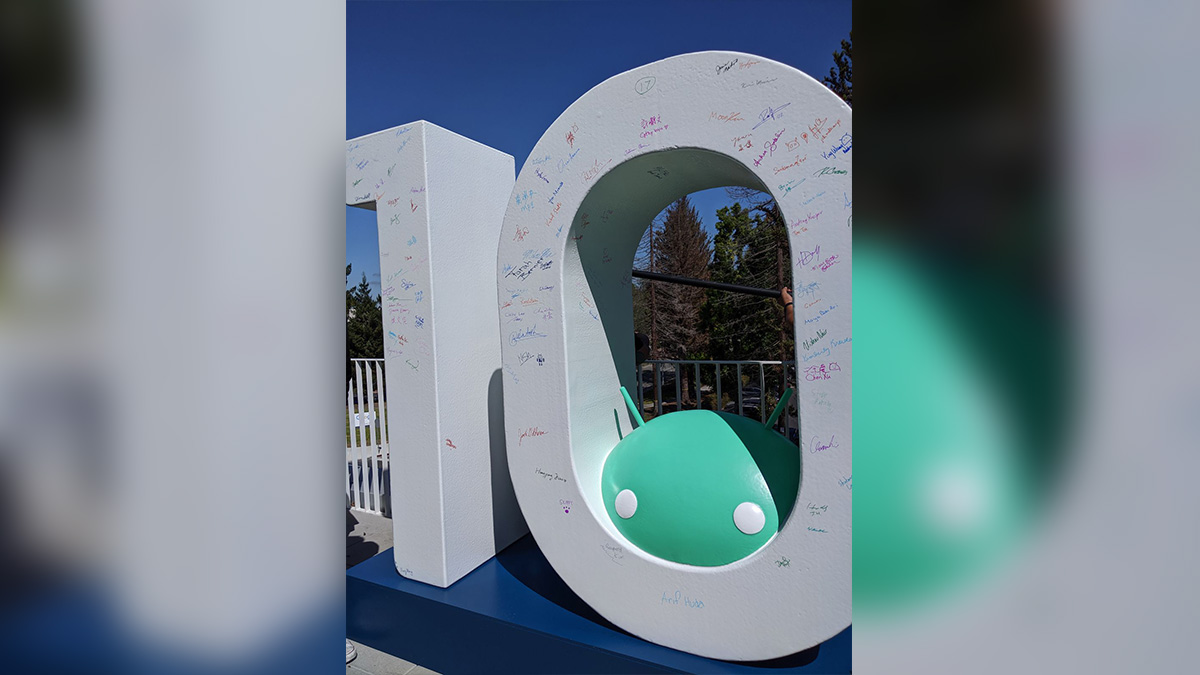 While Android releases are no longer named after desserts, Google is still keeping the tradition of marking each new version with a statue. The Android 10 monument is just the number 10 with the tweaked robot head making an appearance. The company is also letting people involved in the release sign it.

Google dropped the dessert naming scheme to make the Android brand more accessible around the world. Instead of picking local foods that don’t translate well globally, releases will just be identified by the version number.

With this naming shift, Google can no longer base the design of the statue off the selected confectionary. Past ones — Ice Cream Sandwich, KitKat, and Jelly Bean — incorporated the treat right in, while others just involved the figurine holding a Lollipop or leaning against a piece of Pie.

For Android 10, the statue is just the number 10. The tweaked robot head with lower eyes and repositioned antennas makes an appearance in the zero, just like how the mascot will always appear alongside the updated wordmark.

While the robot is green, the rest of the statue is white. This allows for a new tradition where those involved in an Android release can sign it. For Google, this is one way to preserve the brand’s tradition and whimsy.

The Android 10 statue was officially unveiled at a ceremony in Mountain View after the public OS launch for Pixel phones this morning.