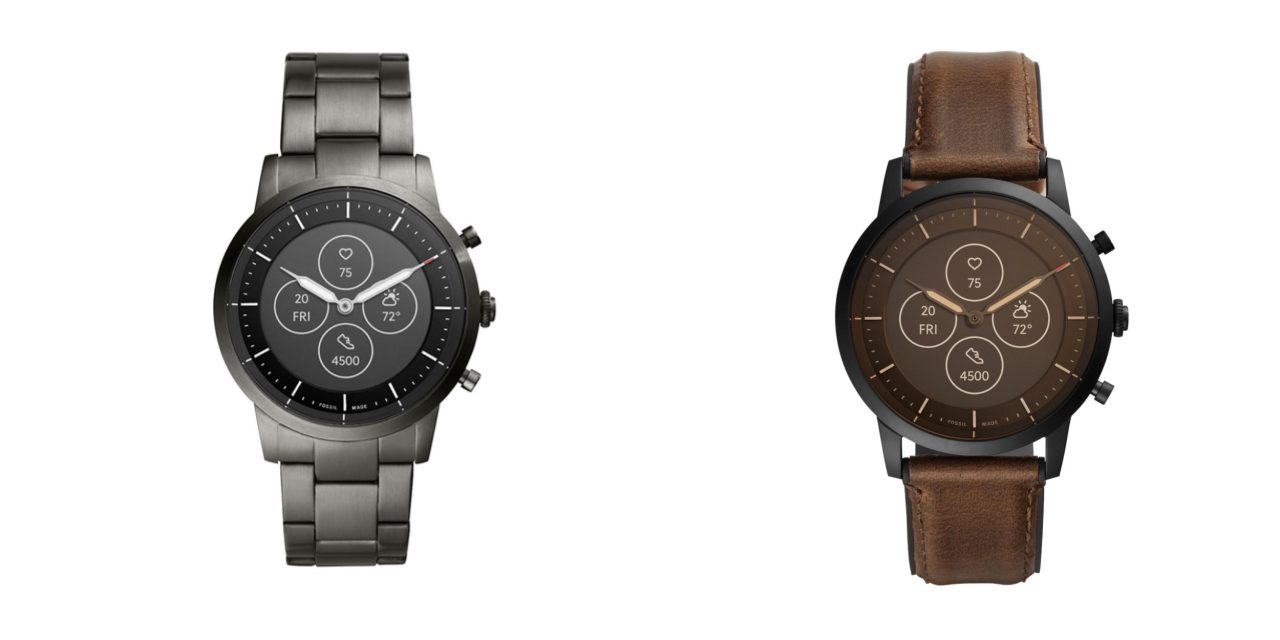 According to a report yesterday, Google earlier this year bought Fossil’s hybrid smartwatch technology mixing analog hands and screens. Such a wearable from Fossil has now emerged and it’s possibly running Wear OS.

Several online listings have emerged (via Reddit) showing the “Fossil Collider Hybrid Smartwatch HR.” There are a number of variants, but they take the general shape of a round watch. The outer perimeter features hour and minute markers in various styles that are leveraged by analog hands that originate from the center of the screen.

Underneath that physical layer is what appears to be an E-Ink display. This is where we get our first indication that the Fossil Collider might be running Wear OS. Those four complications for heart rate, weather, step count, and date look similar to the ones found on Wear OS devices.

Other available images show a fitness app that’s reminiscent of Google Fit’s Wear OS client, as well as the ability to get text messages. Navigation looks to be performed by three side buttons.

Retail stores price the device at around $225 with features like fitness tracking and Google Pay, though the latter functionality might just be a result of reused marketing copy. Android and iOS phone compatibility is identical to Wear OS. Battery life is rated at over 2 weeks with the devices having 50 meter water resistance.

The technology that looks to be powering these Wear OS Fossil hybrid smartwatches was revealed yesterday by Wareable to be codenamed “Diana.” Developed by Fossil following their Misfit acquisition in 2015, it allows for form factors that include a screen and some that do not. Now owned by Google, Fossil and other manufacturers are able to license the technology.

We’ve reached out to Google on whether Wear OS is coming to hybrid smartwatches, and to Fossil about this device in particular.