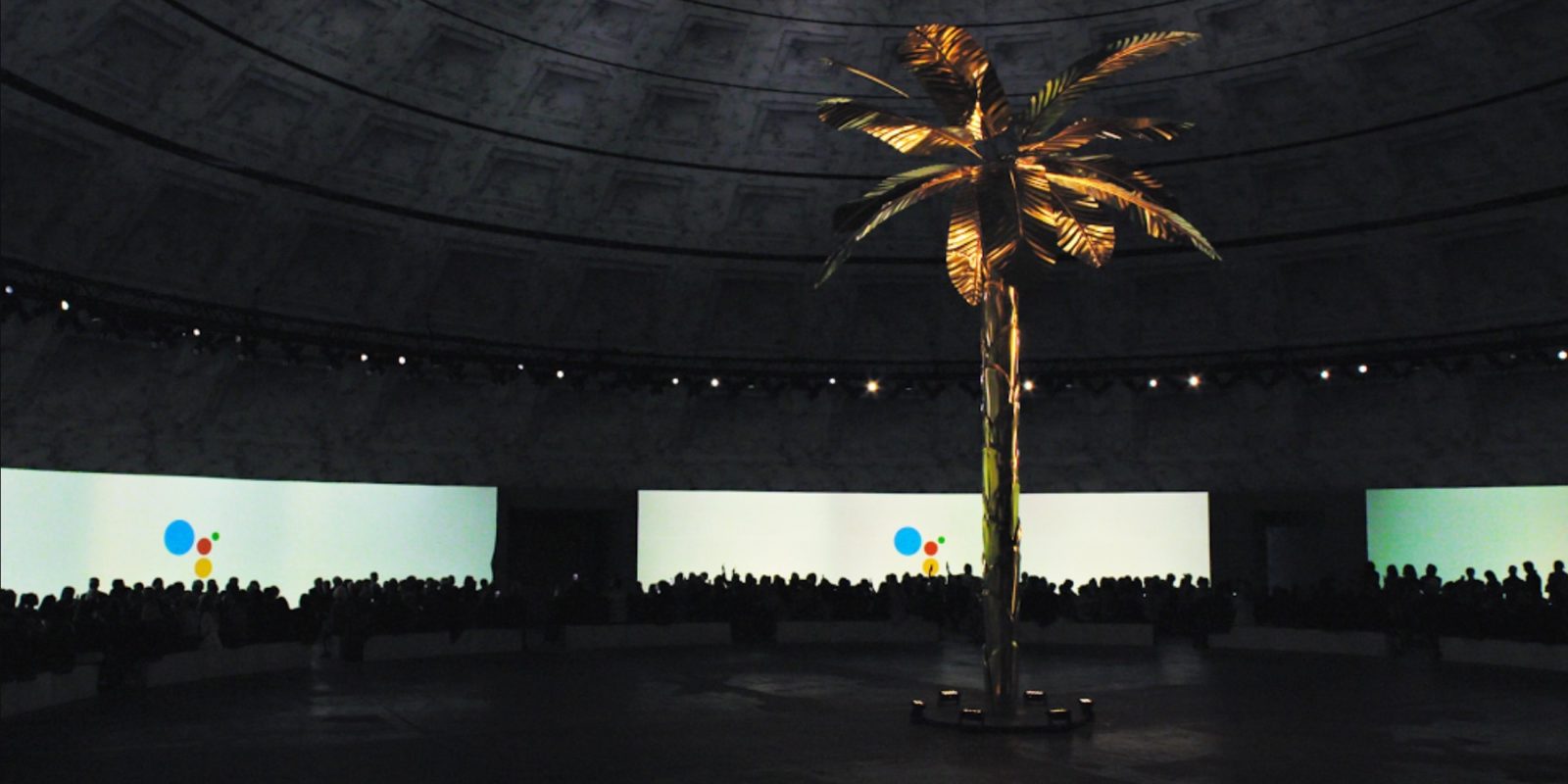 In February 2000, the “most popular search query Google had seen at the time” was of the Versace Jungle print dress worn by Jennifer Lopez to the Grammy Awards. It spurred the creation of Google Images, and nearly 20 years later, Google helped bring it back during Milan Fashion Week on Friday.

In the early 2000s, Google only offered text and link results on the web. As a result, it was not able to “surface the results that people wanted — a picture of Jennifer in the dress.” This led Google to create Image Search, and almost 20 years later, Google played a role in it coming back at Versace’s Milan Fashion Week show.

Lopez — wearing a “revamped green dress in the print” — was introduced by the Google Assistant. The logo and “OK Google” tagline appeared as Assistant was asked to “show me images of the Versace jungle dress.”

That straightforward command resulted in image results from 2,000 blanketing screens surrounding the catwalk stage. Designer Donatella Versace then asked to “now show me the real jungle dress.” After the Assistant chime, Lopez walked on stage to model it.

Google Images launched over a year after after the Grammys in February 2000 on July 12, 2001. It gained the Material Theme redesign on the desktop web last year and just added a new side panel UI. On mobile, Image Search now features Google Lens integration. 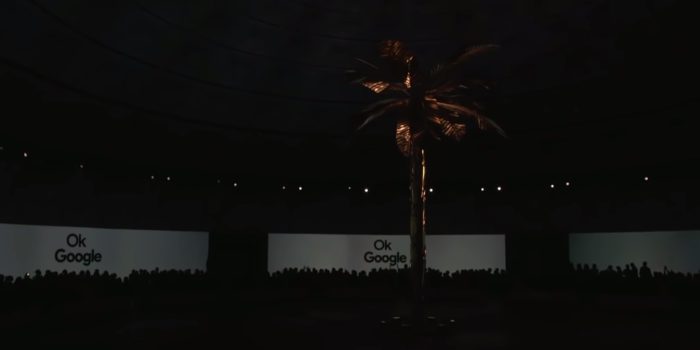 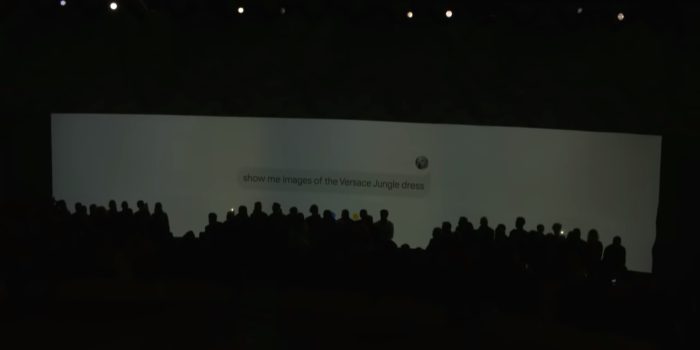 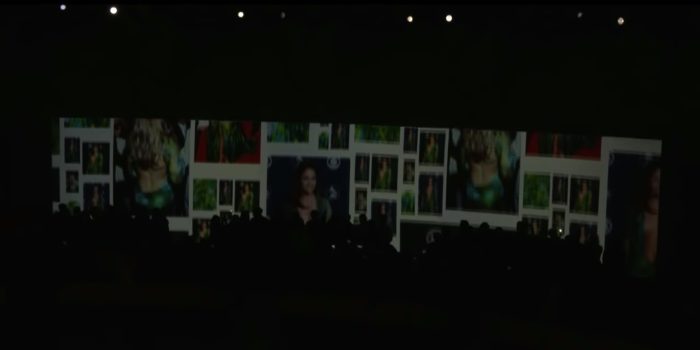 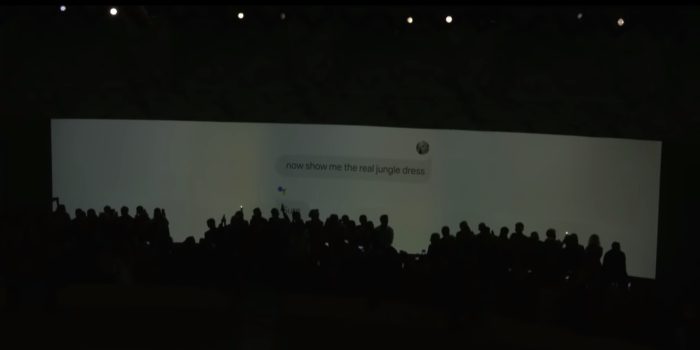