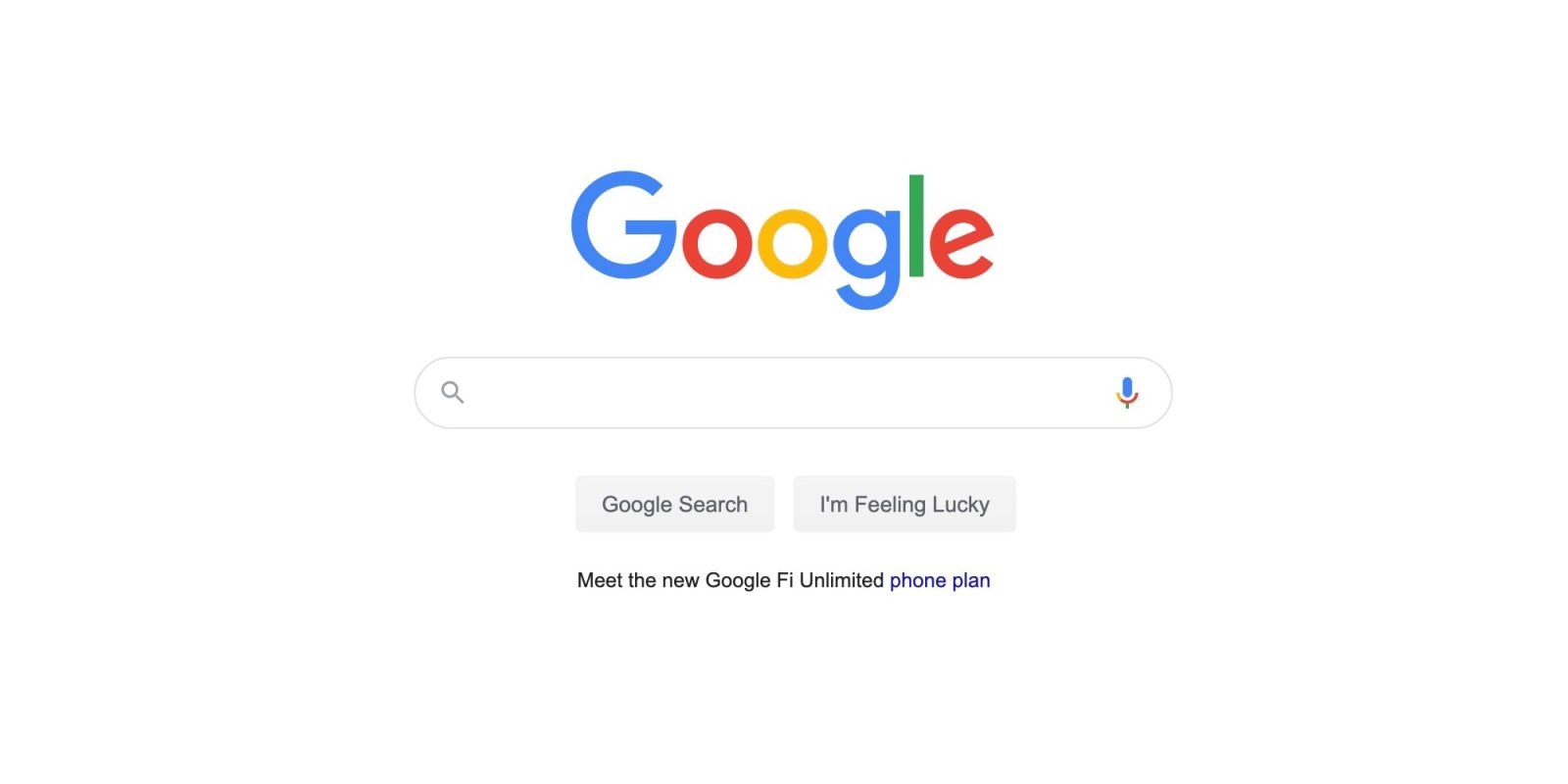 Last week, Google Fi launched a new Unlimited plan that includes both data and international calling. The new MVNO offering is now being promoted on the Google homepage in the U.S.

Google Fi Unlimited is $70 for a single line and as low as $45 per user when there are 4-6 subscribers. Data speeds are not throttled until you reach 22GB, but video streaming is “optimized” to 480p.

Data — along with texting — works around the world, while Fi Unlimited also offers free international calling from the U.S. to 50 countries/territories. Another perk is 100GB of storage as part of Google One, usually $1.99/month or $19.99 yearly.

The MVNO is continuing to offer the ability to pay per GB of data with that original plan now called “Fi Flexible” and Bill Protection still applicable.

A week after being announced, Google is prominently promoting the plan on the Search homepage. Appearing underneath the pill-shaped query field is a simple “Meet the new Google Fi Unlimited phone plan” message.

The link in the Google Fi Unlimited promo takes users to the main plans page where both offerings are compared, with Google featuring a tool that contrasts what’s best for you. There are also a handful of introductory details, and the ability to “Join” at the bottom.