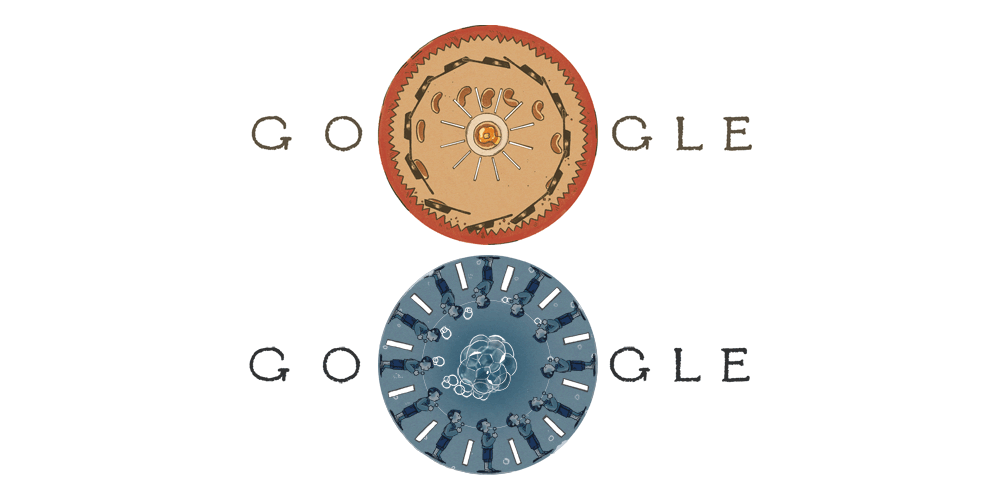 Google is honoring the 218th birthday of Belgian physicist and an early inventor of animation Joseph Antoine Ferdinand Plateau with three different animated doodles. Check them out!

If you’re wondering what a physicist has to do with animation, you may be surprised to learn that animation is still a relatively new technology. In the 1800s, Joseph Antoine Ferdinand Plateau was experimenting with vision and optics and developed a device called the “phénakisticope.” His invention spun two disks in opposite directions in such a way that it created the illusion of motion.

This morning’s Google Doodle honors Joseph Antoine Ferdinand Plateau’s legacy by displaying three different phénakisticope-style animations. In fact, this is the first time that a separate doodle design has been displayed between Google.com on desktop, on mobile, and on the Google app.

Desktop users are shown a spinning wheel of delicious looking pancakes being flipped, while mobile web users see a boy blowing bubbles. The Doodle’s artist, Olivia Huynh, notes that the bubble-themed animation was inspired by Joseph Antoine Ferdinand Plateau’s other scientific studies into things like the physics of soap film.

Meanwhile, Google app users will see a dizzying animation of frogs leaping out of the water onto lily pads. Google Pixel users are also in on the fun, with two discs rolling out from behind the Google “G,” representing the two discs used in phénakisticope animations.

Along with a Q&A session with the artist, the Google Doodles blog includes a bonus animation, which features bees spiraling toward flowers.

Elsewhere in the world today, the Google homepage is celebrating Mother’s Day in Belarus and Teacher’s Day in Poland.