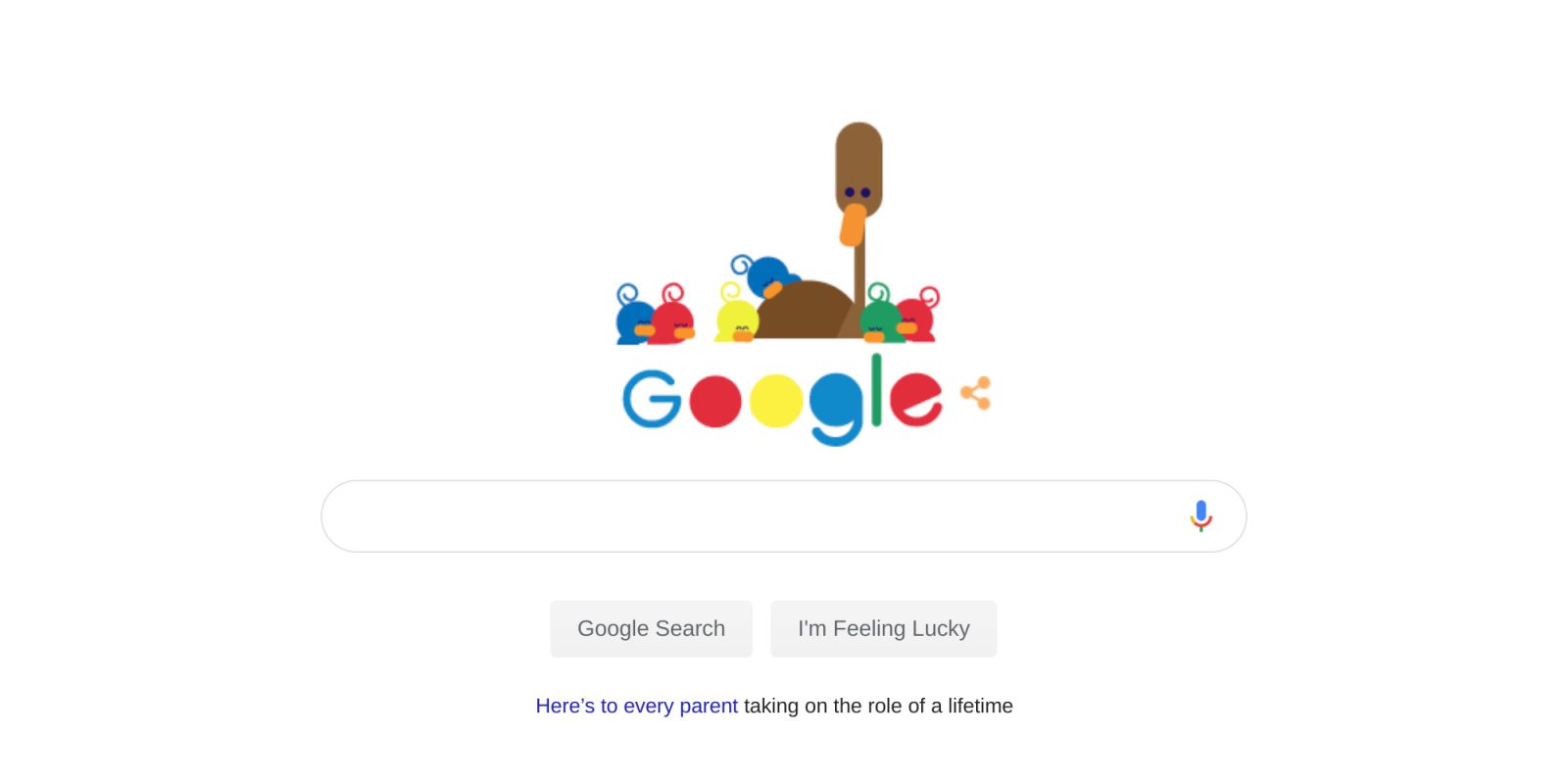 It’s the second Sunday in May, and for those of us in the United States and many other parts of the globe, that means it’s Mother’s Day. In case you were too wrapped up with the excitement this week—perhaps Google I/O—and forgot, Google is ready to remind you, with a new Mother’s Day Google Doodle that extends to the Pixel Launcher.

Hopefully, you were prepared for Mother’s Day and aren’t only just now hearing about it from a Google Doodle. Google’s been building up to the holiday with a special Mother’s Day ad campaign “#HeyMom,” and other parenting-related videos.

This year’s Doodle features some animated scenes of (familiarly colored) ducks being taken under the wing of a mother duck, both metaphorically and literally. Each scene conveys a sweet, subtle message of what motherhood is about. Beneath it, on the Google homepage, the company has included “Here’s to every parent taking on the role of a lifetime.”

According to an interview in Fortune, Google’s Doodle team took special care with this Mother’s Day Doodle to ensure that it used especially low bandwidth to make it accessible to everyone regardless of their potentially poor internet service.

That spirit of accessibility inspired today’s Google Doodle. The Doodle team set out to use technology to solve the problem barring many from viewing animated GIF doodles properly: file size. The Mother’s Day Doodle this year is in “a much smaller and more compact format” to make sure that people with all levels of bandwidth can celebrate mothers with Google.

The Google Doodle also appears briefly in the Pixel Launcher, to further remind Pixel owners everywhere that it’s Mother’s Day. The trend of Google including a Doodle in the Pixel Launcher is still fairly new, having only just started earlier this year with a Doodle celebrating the Spring Equinox. Now that Google has made Pixel phones more affordable with the launch of the Pixel 3a earlier this week, this particular Doodle could be a new experience for many first-time Pixel owners.