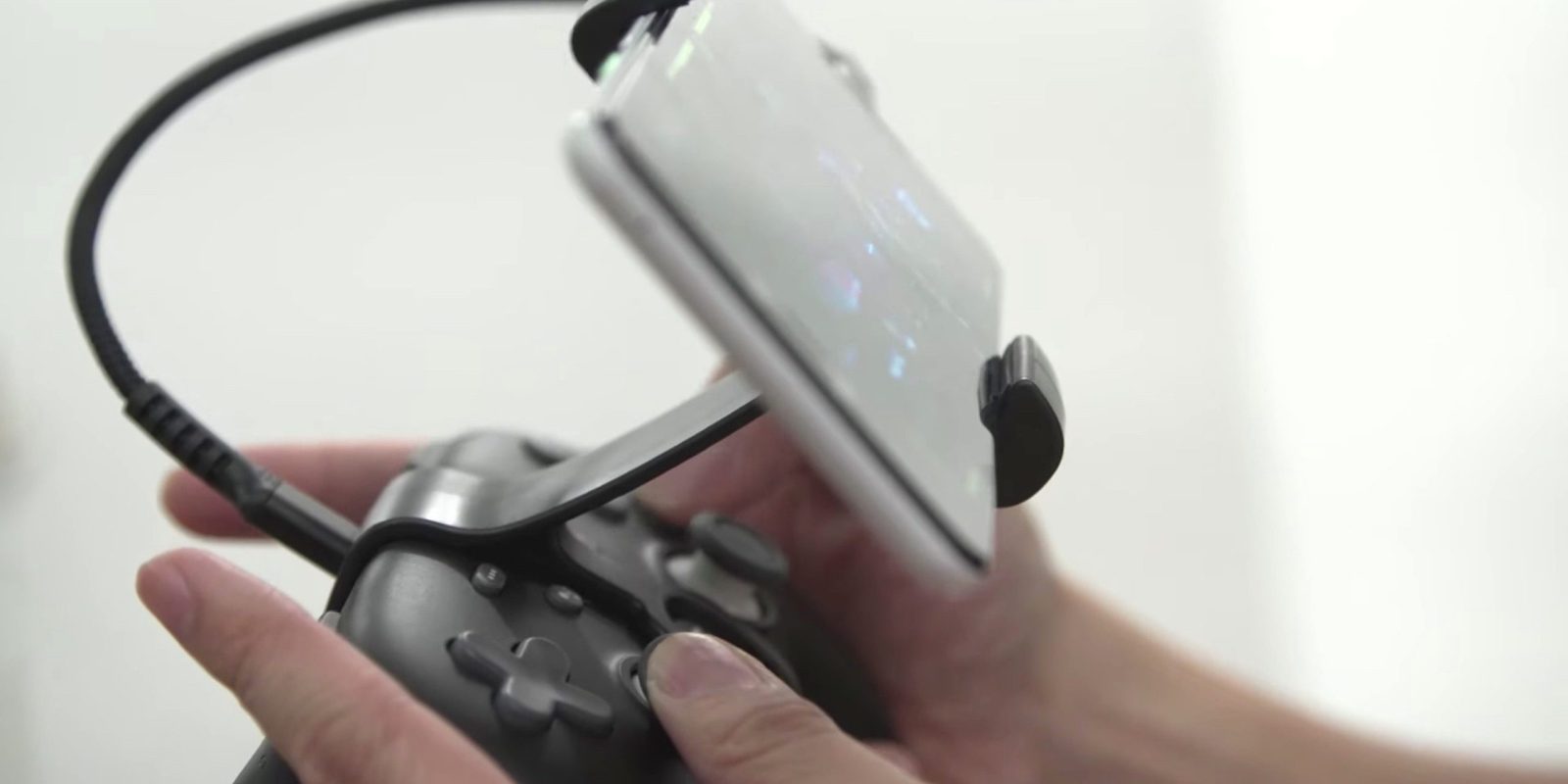 In addition to revealing a slew of Stadia details, Google teased a new accessory for Pixel phones and the Stadia Controller during the Reddit AMA. Named the “Claw,” it’s a Made for Google product and will only be available via the Google Store.

This accessory is for playing Stadia on your Pixel phone with the first-party Controller. Quietly shown off during a Stadia video hands-on in late October, the “Claw” centers and floats your phone over the Controller. In comparison, other clips often have the phone further away.

The Stadia Pixel Claw clip attaches over the face of the Controller so that most buttons are obscured, while there’s a cutout for the USB-C port and light-up Stadia button. The phone clip portion adjusts to accommodate the Pixel 2, Pixel 3, Pixel 3a, and Pixel 4. Director of Product Andrey Doronichev shared the funny story behind the Claw’s origin today:

When we were first testing mobile gameplay on Pixel, we tried a few off-the-shelf clips. Most of them have the phone attached to the far side of the controller at 90-ish degree angle, which makes it unbalanced. It’s tiring to hold it like this for a long time. So John McDole, one of the engineers on the team, had a great idea: The phone should be centered and “floating” over the controller. Next day my 9 year-old son and I built a prototype by bending a metal wire coat hanger. Looked terrible, but worked great! John 3D printed a v2 which we used for testing a lot.

The Stadia team then worked with Made for Google partner PowerSupport to turn the Stadia Pixel Claw clip into a real product. The final design could differ from what was shown below, but should be a good approximation. It will be exclusively sold through the Google Store and available for purchase in the “coming weeks.” No price was provided today.