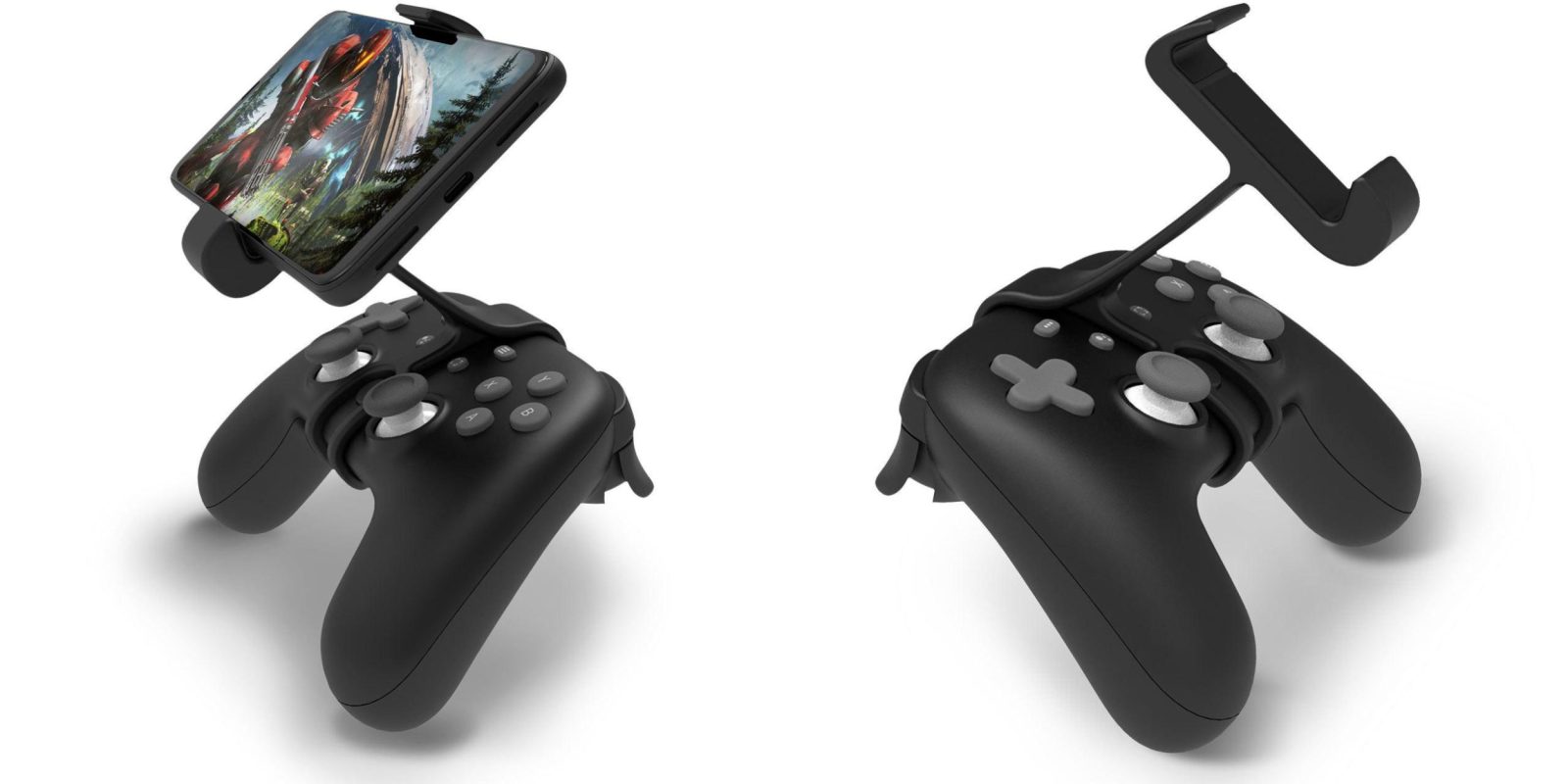 A week before Stadia’s launch, we learned about a Made for Google phone clip for the Controller. According to manufacturer Power Support, the Stadia Controller Claw is expected to come mid-December.

Unlike other phone clip designs, Google designed the Claw to place a compatible Pixel phone directly above the Stadia Controller, and “right in front of you.” The accessory attaches to the face of the Stadia hardware for a “comfortable and balanced position.” There are appropriate cutouts for the USB-C port, Stadia button, and 3.5 mm headphone jack.

Only available in black, it’s made of polycarbonate plastic, with the clip featuring some padding for your phone. The Google Store warns that the Claw “may mark the Stadia Controller during installation and removal.” Buyers are directed toward the quick start guide, but this is not surprising given how prone the Controller is to simple scratching.

Support is officially listed for the Pixel 3, Pixel 3 XL, Pixel 3a, Pixel 3a XL, Pixel 4, and Pixel 4 XL, but Power Support officially states how “many other phones will fit into the holder as well.”

Priced at $14.99, the manufacturer also reveals how it will be available on the Google Store and directly from them. Listings on both retail sites are already live with “Coming soon” and “Will be available soon,” respectively, noted.

A blog post dated four days ago says to “expect a mid-December release” for the Stadia Controller Claw.