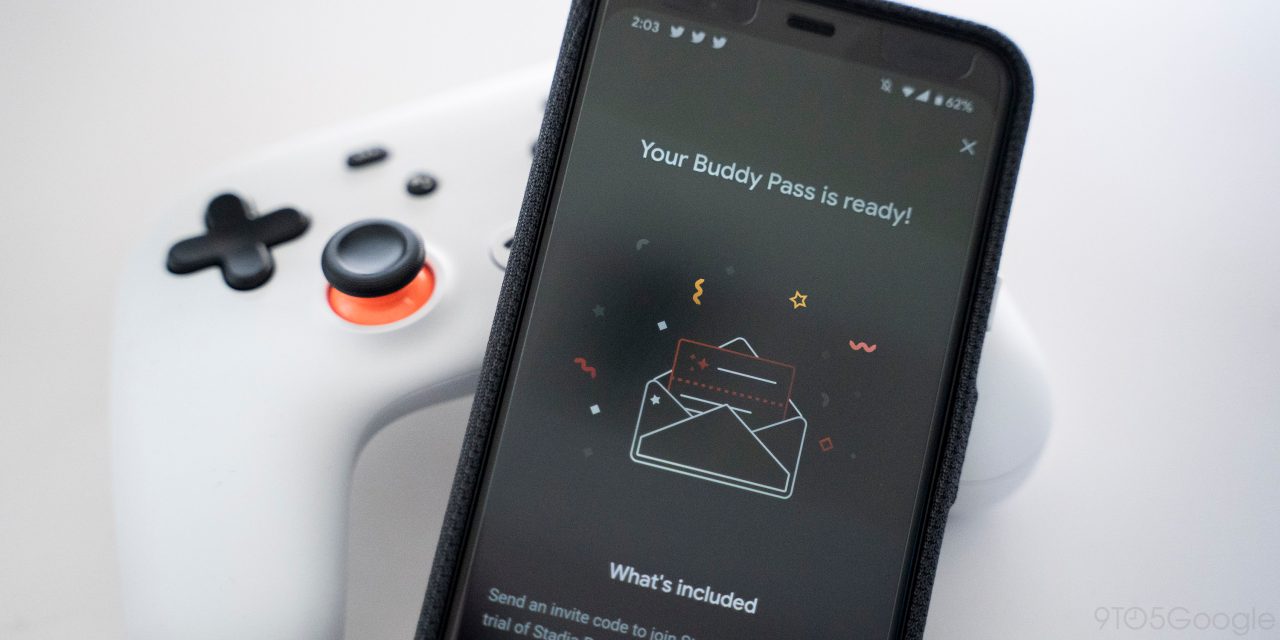 One of the perks of pre-ordering Stadia Founder’s Edition was a Buddy Pass that allowed you to give three free months of Stadia Pro. Alongside the $129 Premiere Edition, that’s likely the only way to access the game streaming service until Stadia Base launches next year. Google is now sending all Founders a second Stadia Buddy Pass.

This morning, Stadia Founders started receiving a second email from Google and in-app notification alerting them to another available Buddy Pass. There are so far two reports of this occurring, and we’ve confirmed with Google that this is indeed an intentional “holiday surprise” for all Founders.

It’s a nice gesture from the Stadia team, especially during the gifting season. It allows existing players to invite more, while Google gets to expand the user base. This also increases the value of being a Stadia Founder. There are currently four free games available with Stadia Pro: Destiny 2: The Collection, Samurai Showdown, Farming Simulator 19: Platinum Edition, and Tomb Raider: Definitive Edition.

At $9.99 per month, the subscription provides game streaming at 4K resolution and access to discounted purchasing. The original wave was sent out in late November.

Alerts about the second Stadia Buddy Pass will start rolling out today. Be sure to watch out for an envelope icon in the upper-left corner of the Android and iOS app. Full instructions on sharing are listed there, including the 14 countries where the service is available: Belgium, Canada, Denmark, Finland, France, Germany, Ireland, Italy, Netherlands, Norway, Spain, Sweden, United Kingdom, and United States.

In the spirit of the holidays, we have an early surprise gift for Stadia Founders: an extra Buddy Pass. Give it to a friend, a family member… anybody you know who loves games. pic.twitter.com/cn7muBPgfS