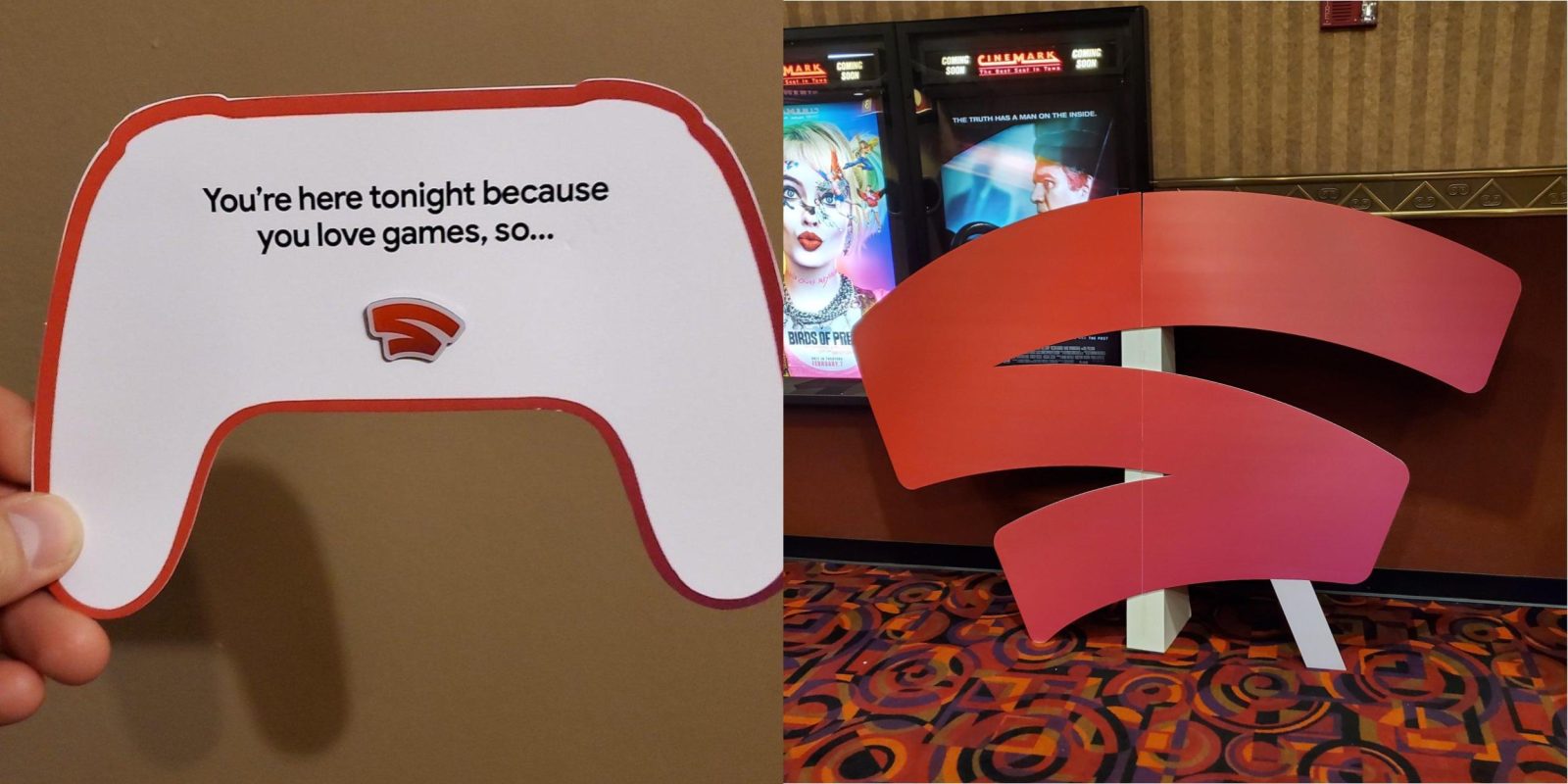 In addition to being live from Los Angeles, The Game Awards were streamed to Cinemark theaters around the country this evening. Each simulcast attendee walked out with a code to redeem a free Stadia Premiere Edition.

Stadia did not have a meaningful presence at The Game Awards beyond two existing ads aired during livestream breaks, and tweets from the official account. It turns out the real partnership was at 53 Cinemark chains where there was a Stadia sign and/or booth.

All ticketed attendees received a paper cutout of the Stadia Controller with orange trims that featured an “S” beacon pin, and above it:

You’re here tonight because you love games, so…

Turning it over reveals a code to redeem a free Premiere Edition from the Google Store. The $129 kits packs a Clearly White Stadia Controller, Chromecast Ultra, and three-months of Stadia Pro that currently comes with four free games.

Watchers paid only $20 for a ticket that also included an early showing of video game-themed Jumanji: The Next Level before the sixth annual ceremony. This was the first time The Game Awards were shown on the big screen at participating theaters in 26 states. Stadia chief Phil Harrison joined the show’s advisory board in March, while Google partnered to allow online voting through Search.

This free Stadia Premiere Edition promo comes as Google this week hosted Holiday Pop-ups in Los Angeles, London, and Paris. It’s another way to spread the word and excitement about the game streaming service, with the company positioning it as a holiday gift.