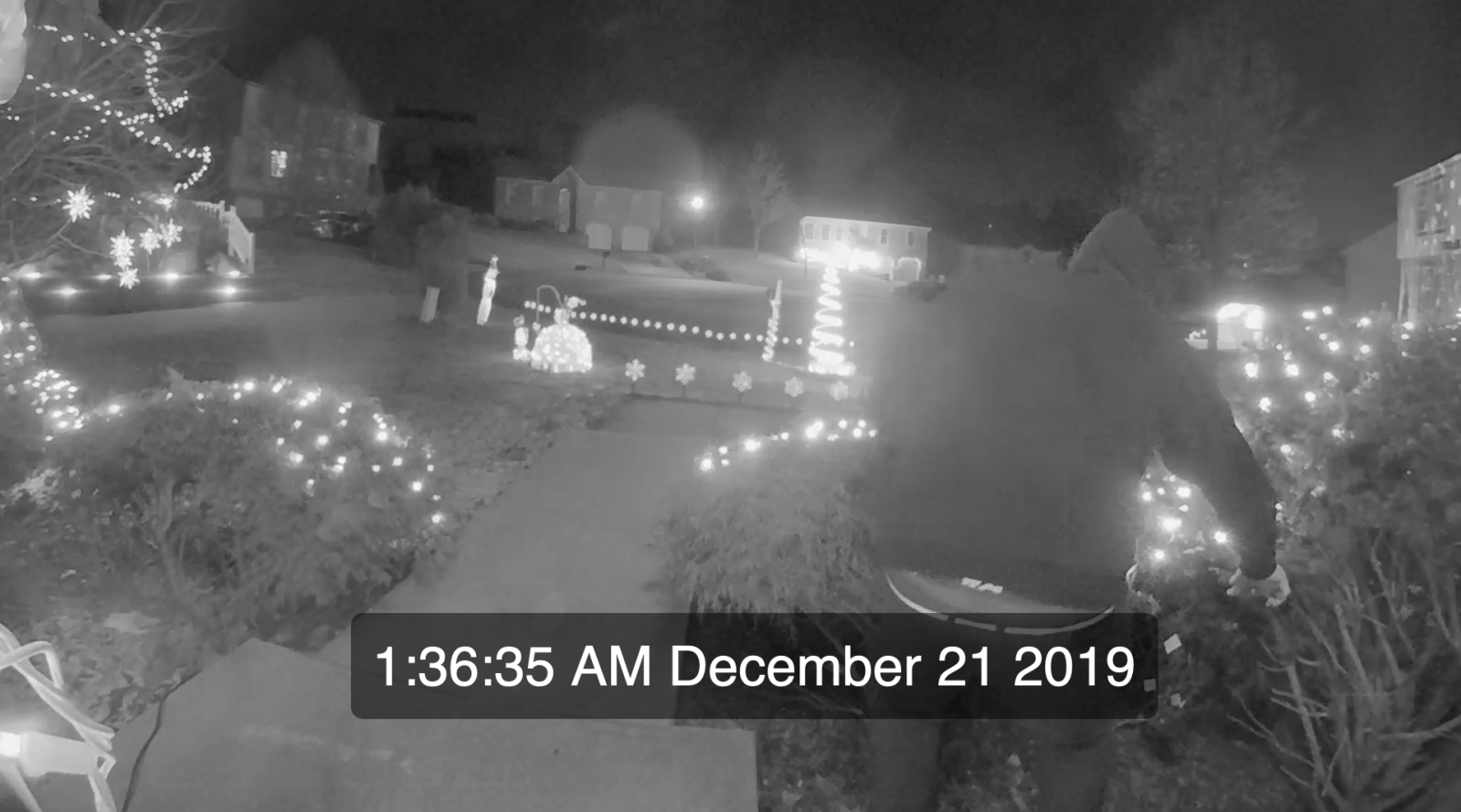 Video surveillance doorbells aren’t without controversy, but there’s no doubt that they provide a sense of security to their owners and opportunities for recourse when someone chooses to do something distasteful. Certainly the most common example is catching porch pirates, but… Christmas light cutting, too?

This latest clip comes from a Nest Hello doorbell cam, and it catches what seems to be a real-life grinch snipping Christmas lights. Why, you might ask? According to the Redditor that shared the video initially, the random act of mischief correlated with a community Christmas light competition. That’s about as petty as it gets, folks.

It was a guy that lives in the neighborhood but a good three streets away. There is a local lights competition that is being judged tonight. Seemed very suspicious about the timing. But I guess when you are this much of a POS committing a crime to win a 25 dollar gift card is very plausible?

As you can see in the video (we’re not going to download and re-upload out of respect for the original uploader’s privacy — but you can get the general idea in the above image if they pull it down), the guy just prances around these presumably lovely peoples’ yard and cuts all their lights. For fun, or something.

Justice was served in the end, thanks to the Nest Hello camera — the original poster says that sharing the video on a local Facebook group quickly identified them, and it only took about 15 minutes after calling the cops for him to admit that he did it. Spoiler: His reasoning isn’t great.

So we submitted the name to the cops. And he went and spoke with him. Not 15 min after we gave the name to cops they were knocking on my door to let me know he admitted to it and did it because he wanted to be an ‘asshole’ his words the cop said.

So, it looks like this story ended about as it should have. Guy cuts Christmas lights for fun, Nest Hello captures it on video, guy quickly identified, guy charged with criminal mischief. Happy holidays all, and watch out for your local neighborhood Christmas light cutters!