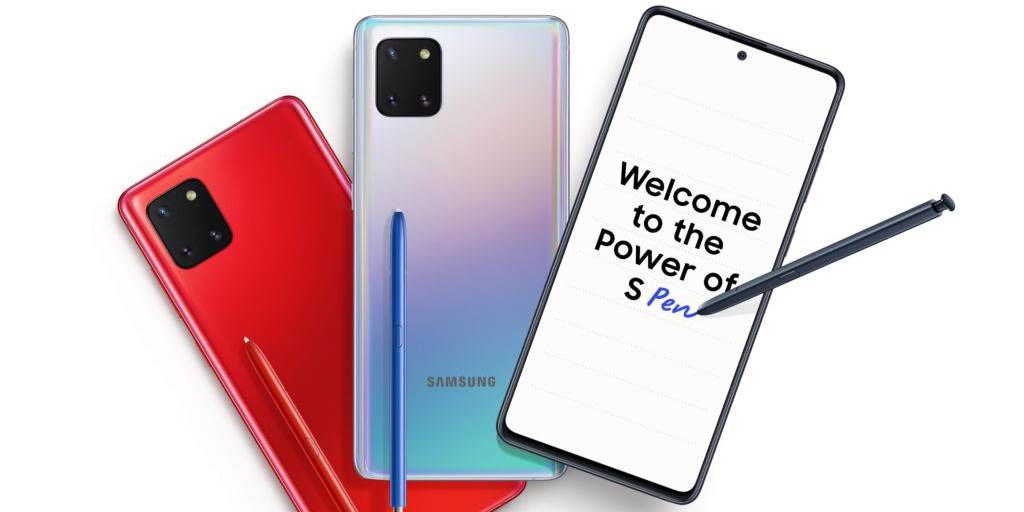 For the past few months, leaks have been going around regarding Samsung’s new “Lite” phones. Today, we’re getting some official-looking renders of the Galaxy Note 10 Lite which show the design, S Pen, and more.

WinFuture published a gallery of images of the upcoming Galaxy Note 10 Lite which shows off the phone from all angles. Clearly, we can see that Samsung’s new budget phone is going to look a whole lot like the upcoming Galaxy S11 series with a rectangular camera housing.

The Note 10 Lite apparently offers up thicker bezels than what we’ve seen on the company’s flagships, but still with a hole-punch centered to house the front-facing camera. The OLED display being used here is also completely flat, unlike the curved displays used on the standard Note 10. It’s a very similar design to the Galaxy S10e.

The Galaxy Note 10 Lite also has an S Pen, a first for a more affordable device from Samsung. That S Pen is still Bluetooth enabled and, apparently, it’s using the newer Bluetooth 5.1 standard which has only been used sparingly so far.

As evidenced by these renders, there will be red, silver, and black color variants of the Note 10 Lite.

Specs, however, are still somewhat unclear. The device is expected to come with a Snapdragon 855 processor and possibly a 48MP rear camera. Just this week, the device passed through the FCC too. The Galaxy Note 10 Lite was expected to arrive in January, but today’s leak mentions the possibility of it arriving in the “coming days.” I’d wager January is more likely due to the holidays.

Update 12/3: Ahead of the rumored CES reveal, more renders of the Galaxy Note 10 Lite have hit the web, this time courtesy of Ishan Argawal and MySmartPrice. There are no new details in these renders, but we get a better look at the S Pen and, more importantly, how crucial that S Pen will be to the phone’s marketing.