Review: Diesel Axial is a good reminder that choice is Wear OS’ strength 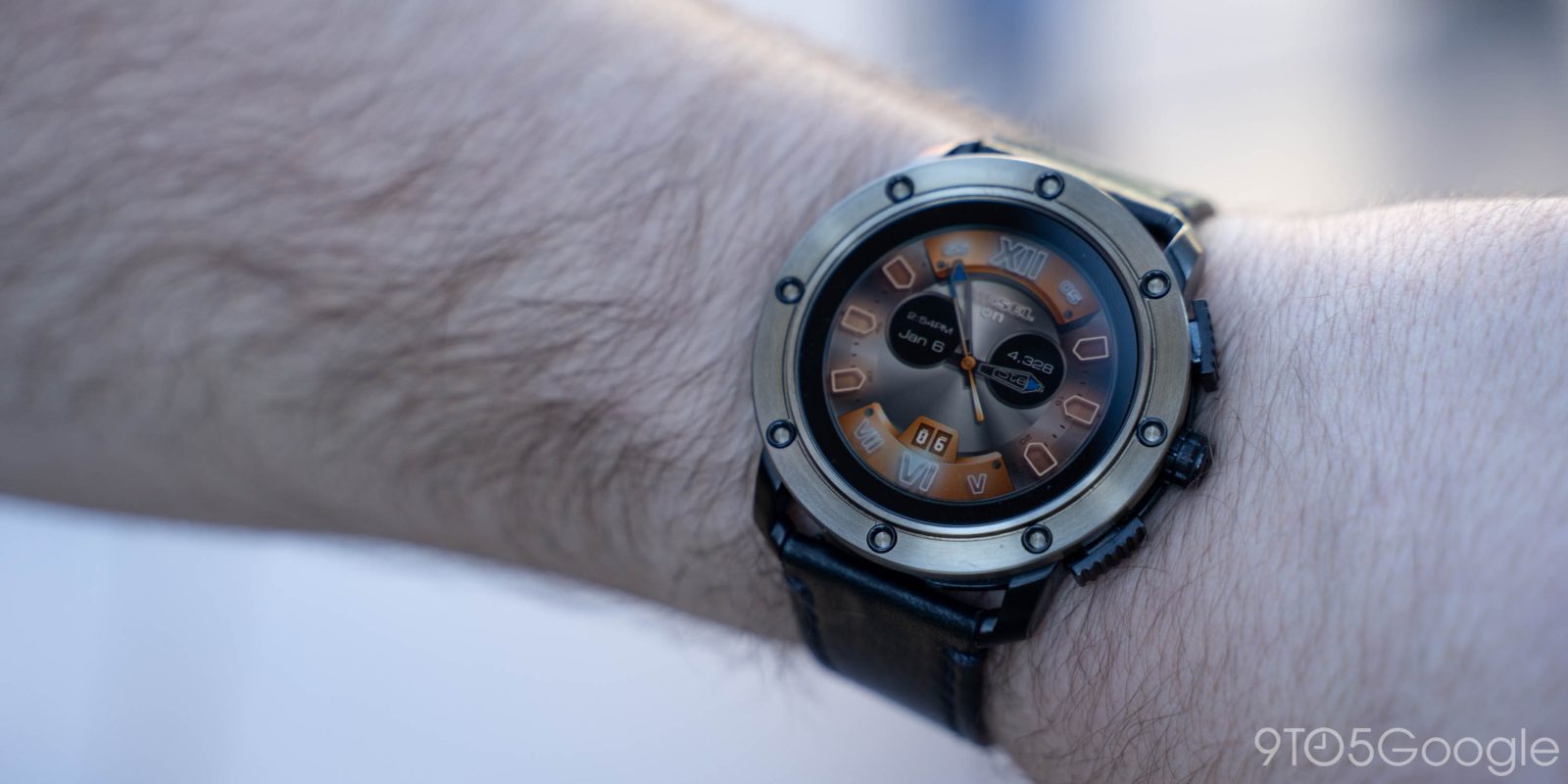 Wear OS may have quite a lot of problems, mainly in that it lags way behind the competition when it comes to features, fitness, and most importantly, battery life. However, there’s a core strength to Wear OS that’s highlighted by the Diesel Axial I’ve been wearing for the past month – you can truly find anything you want on this platform.

First things first, let’s talk about design. The Diesel Axial is by no means a smartwatch meant for everyone. Its design is unique, to say the least, when it comes to the smartwatch market. Its unapologetic size, big buttons, and industrial-looking top ring are all completely unique to this hardware alone.

That said, it kind of works if I’m being totally honest. The bronze color variant I got looks great in person with black accents that work with most fashion styles too. The black leather band is comfortable and good-looking as well. If I were buying a Diesel Axial, though, I’d personally want the gunmetal version. 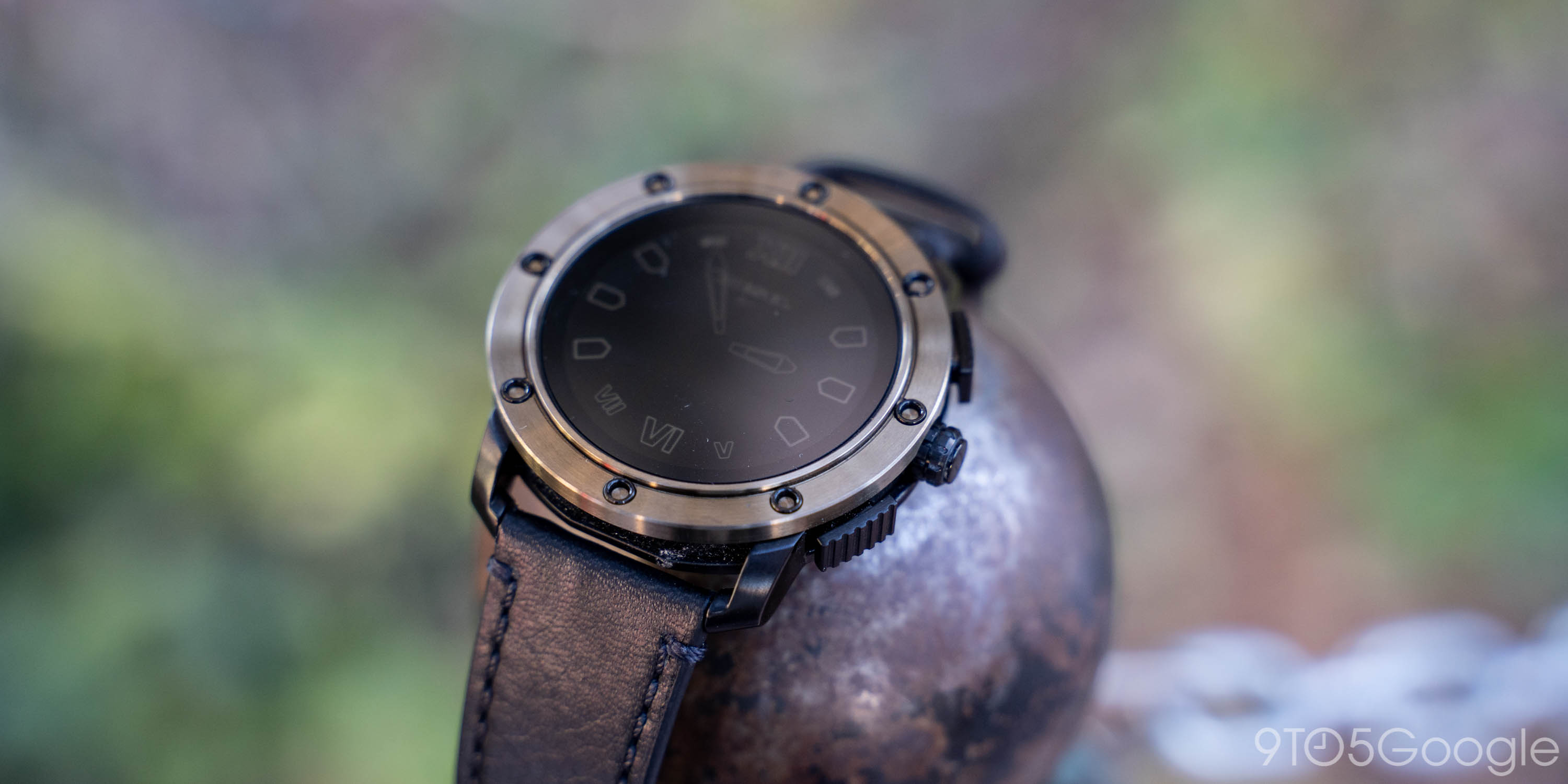 The design here is just not for everyone in that some people are going to love this look and others will actively dislike it. Watches aren’t like phones or tablets. They’re a fashion accessory and you have to like the look of it to enjoy using it. With Diesel Axial, there’s going to be a niche of users who genuinely love this design and for them, this is the only smartwatch they’d want to buy. Personally, I’m not quite one of those people, but I can understand why some people want this design.

How’s the rest of the hardware?

Being a part of Fossil’s Gen 5 design, Axial features a speaker for audible Assistant replies – it’s fine – as well as 3ATM water resistance. These are pretty much standard for Wear OS nowadays along with the triple buttons which include a rotating crown and two customizable shortcut buttons. Those two extra buttons are a little bit stiff for my liking, but they work well enough.

The display on the Axial is an AMOLED panel which is a full circle. Its touchscreen is responsive and the brightness is good enough for most use cases, but you’ll struggle in direct sunlight at times. 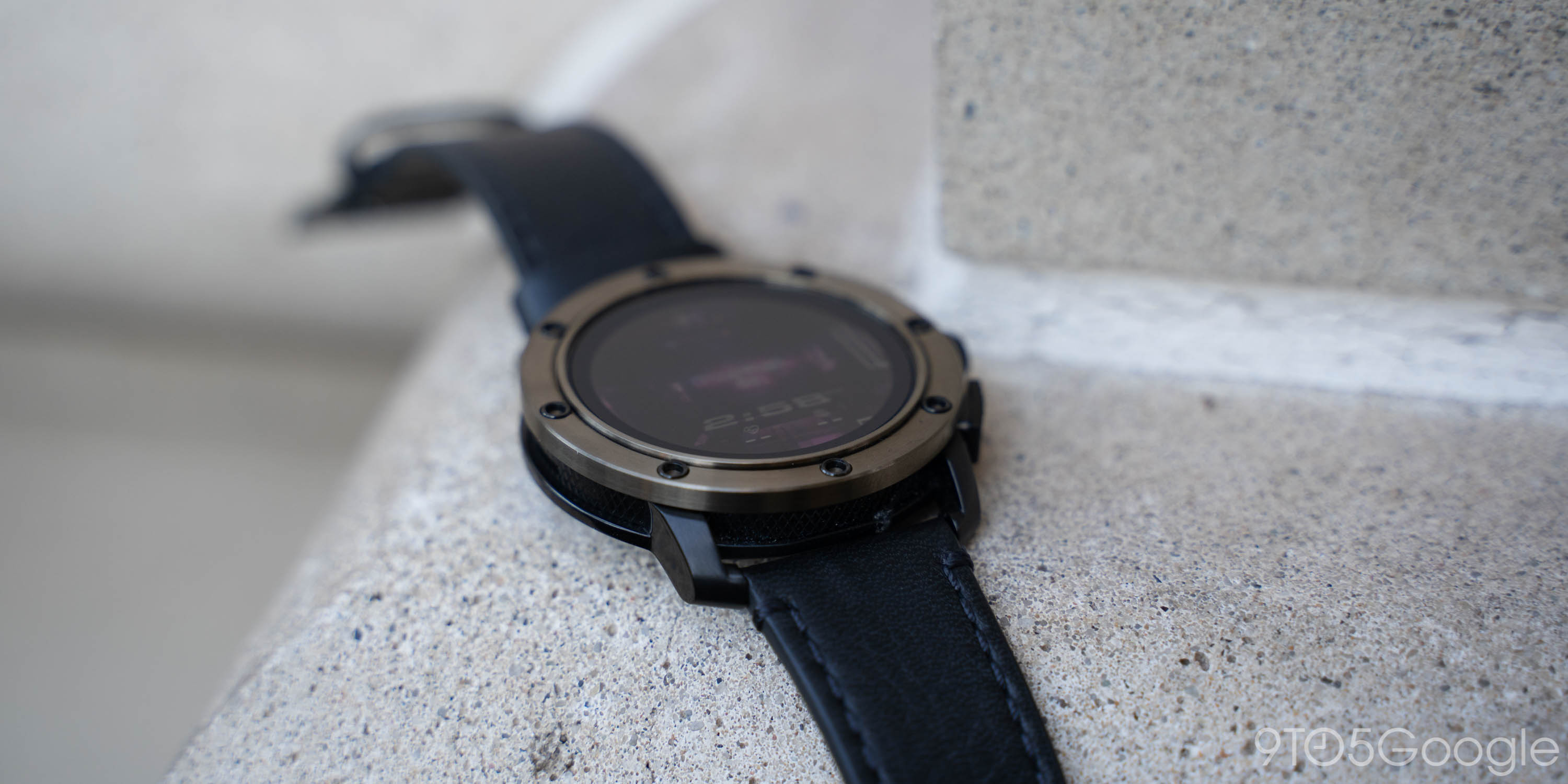 As for charging, this watch is using the same magnetic pin charger that’s been on Fossil’s past two generations and, just like most watches using it, it works well enough. The system offers fast charging for a quick top-up and connects fairly easily as well. However, it’s important to point out that the design seems to have a weak point where the rings used for charging can fall off. Luckily, Fossil has a good track record for helping customers out with this issue.

Alright, let’s talk about Wear OS. Just like every other smartwatch on Google’s platform, Diesel Axial connects to Android and iOS to deliver notifications, use select apps, and offer thousands of third-party watchfaces.

Overall, Wear OS is a solid enough operating system for your wrist, but it isn’t perfect. Bugs are all too common and Google hasn’t really done much to help improve the operating system in the past few years.

The only major improvement to Wear OS lately has actually come from the underlying hardware. With its Gen 5 platform, Fossil has upgraded watches like the Diesel Axial with a Snapdragon Wear 3100 processor and, more importantly, 1GB of RAM. That combination means Wear OS can function with a good amount of pep and ditch most of the lag that used to plague the platform. It’s still far from perfect, but the performance on the Diesel Axial is definitely acceptable. 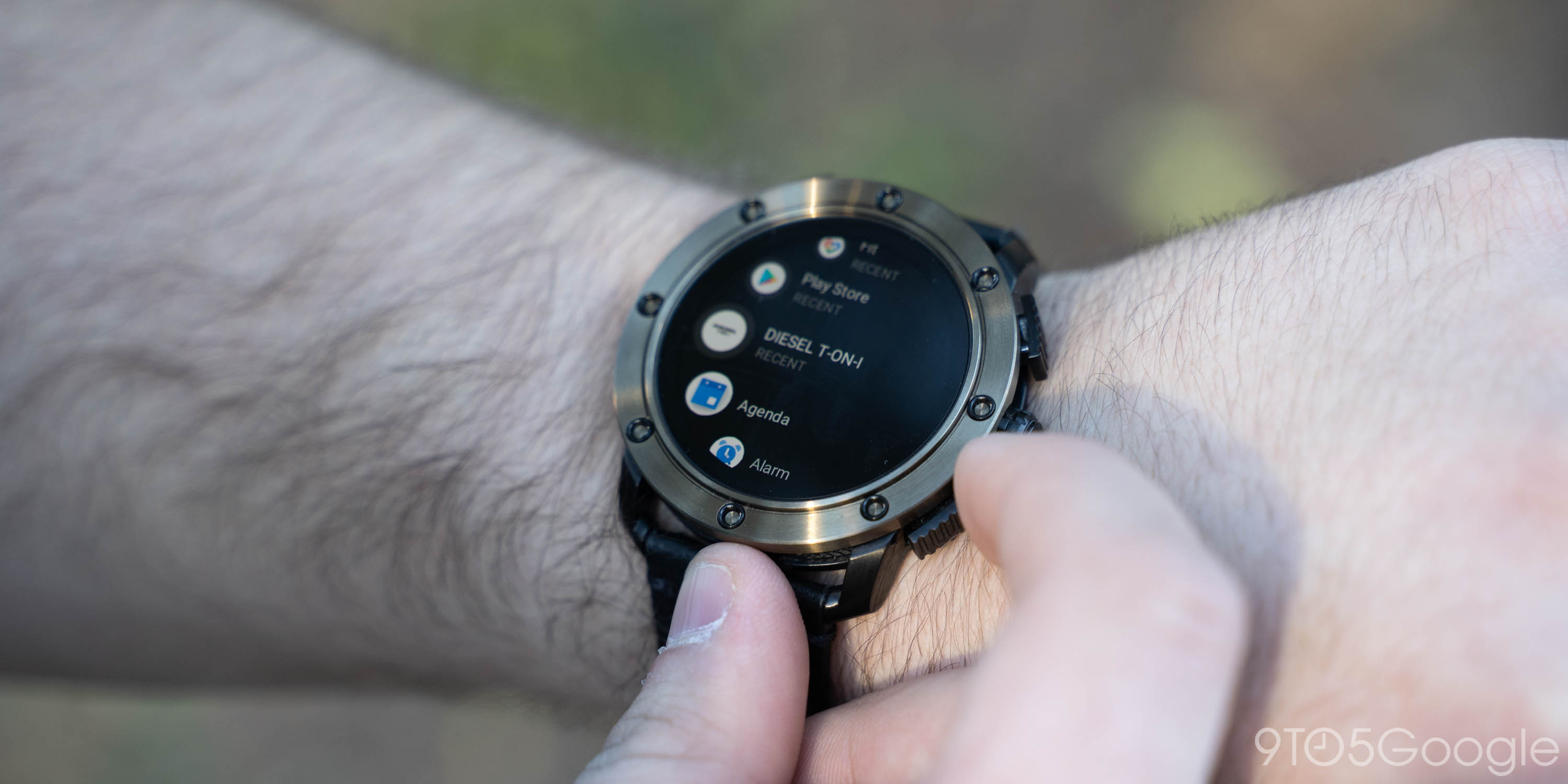 Notably, the Axial is also a huge improvement over the Diesel Full Guard which was released in 2018. That watch suffered from some major performance issues due to some of Diesel’s extra apps. Despite the same software features onboard, Axial doesn’t suffer the same fate. Now, I can enjoy the watchfaces Diesel puts on this watch knowing it won’t destroy the performance or drain the battery.

Speaking of battery life, it’s mostly fine on Axial. Most days I end up with about 20-40% of the battery remaining by bedtime which is perfect for my needs. The day I’m writing this review, though, a weird bug drained the entire battery in roughly 8 hours. However, that only happened once over the course of a month and, most likely, it relates to the fact that I was traveling. 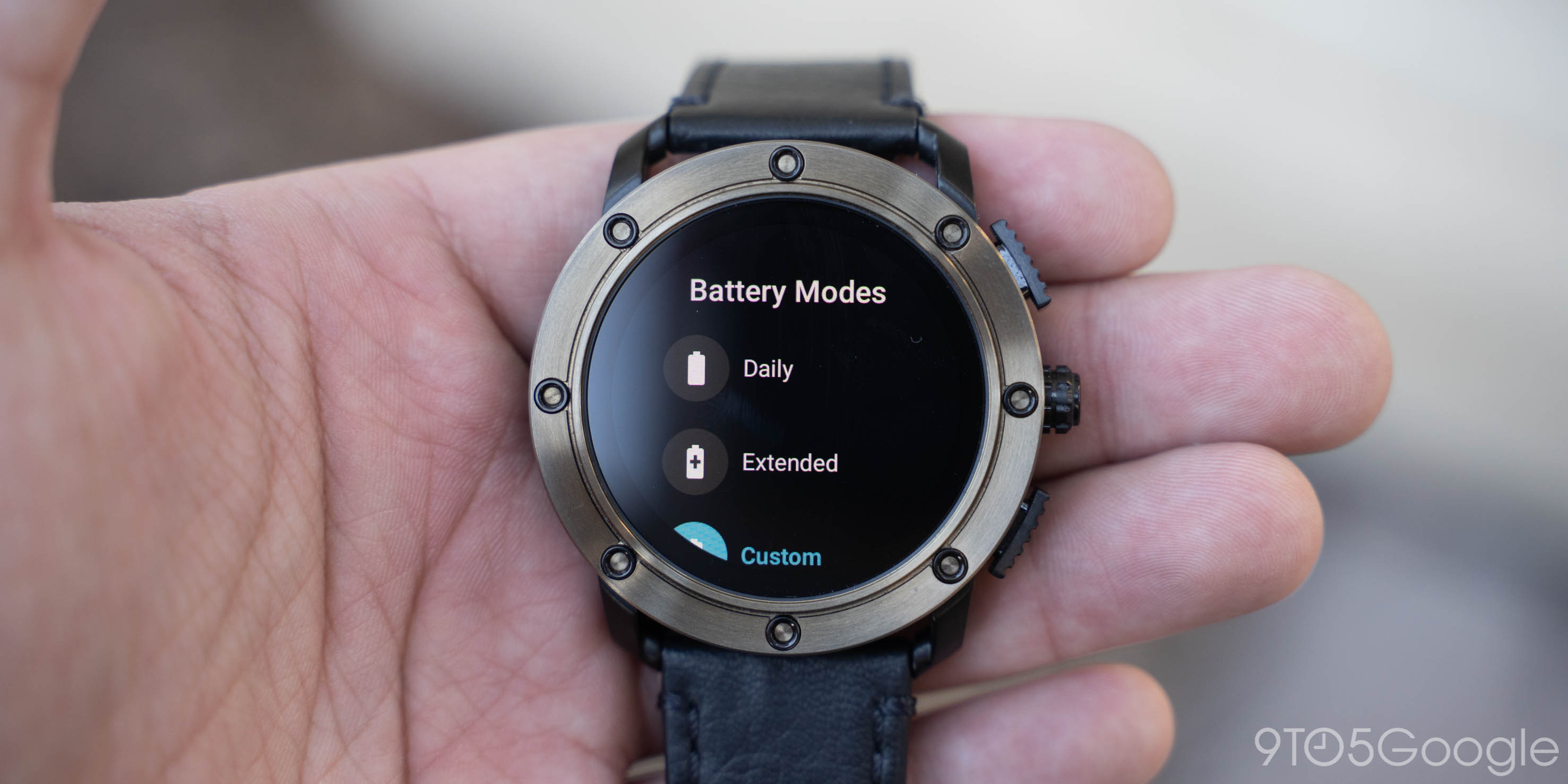 If you need to squeeze a bit more juice out of Diesel Axial, Fossil’s battery saver modes are on-board. With a few presets and some customizable options, you can sacrifice a few features for a day or two of extra battery, or turn the watch into a “dumb” watch to squeeze out a few days on a low charge by getting just the time.

So, is Diesel Axial worth its hefty $350 price tag? From a value standpoint alone I don’t think it is simply because there are cheaper Wear OS watches with the exact same specifications package. However, if this is the design you like, I don’t think you’ll regret the purchase by any means.

Diesel Axial is available directly from Diesel as well as some third-party retailers such as Amazon.