Hands on: Wear OS kicks off 2020 w/ Skagen Falster 3 and other Fossil refreshes 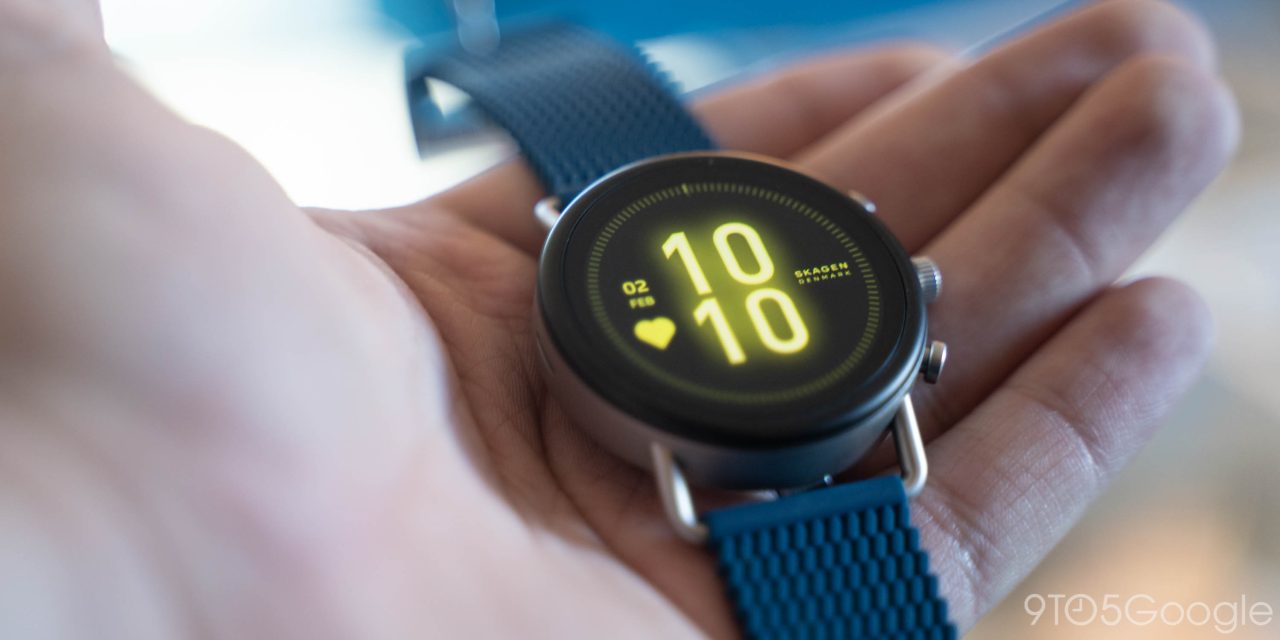 Wear OS as a platform isn’t in the greatest shape, but Fossil has been churning out a ton of hardware over the past several months. At CES 2020, the Skagen Falster 3 has arrived alongside a plethora of refreshes to other Fossil watches, and personally, I like a lot of them.

Skagen Falster 3: One of Wear OS’ best gets a much-needed update

Let’s kick off with what’s new. The Skagen Falster lineup has been one of my favorites from Fossil Group, and in 2020, the Skagen Falster 3 is launching. This watch has basically the same design as the Falster 2, but that’s a really good thing. The Skagen 2 had an excellent design, and basically the only thing that’s changing on this model is that it’s 1 mm larger, something Fossil mentioned was actually based on customer feedback.

On the wrist, the Skagen Falster 3 looks as good as ever and is equally comfortable on smaller and larger wrists. On top of that, there’s also been a refresh to the bands. The brown leather band now has a silicone layer underneath to combine style and comfort, and there’s a very attractive blue band which, despite being silicone, feels almost like fabric with its mesh texture. 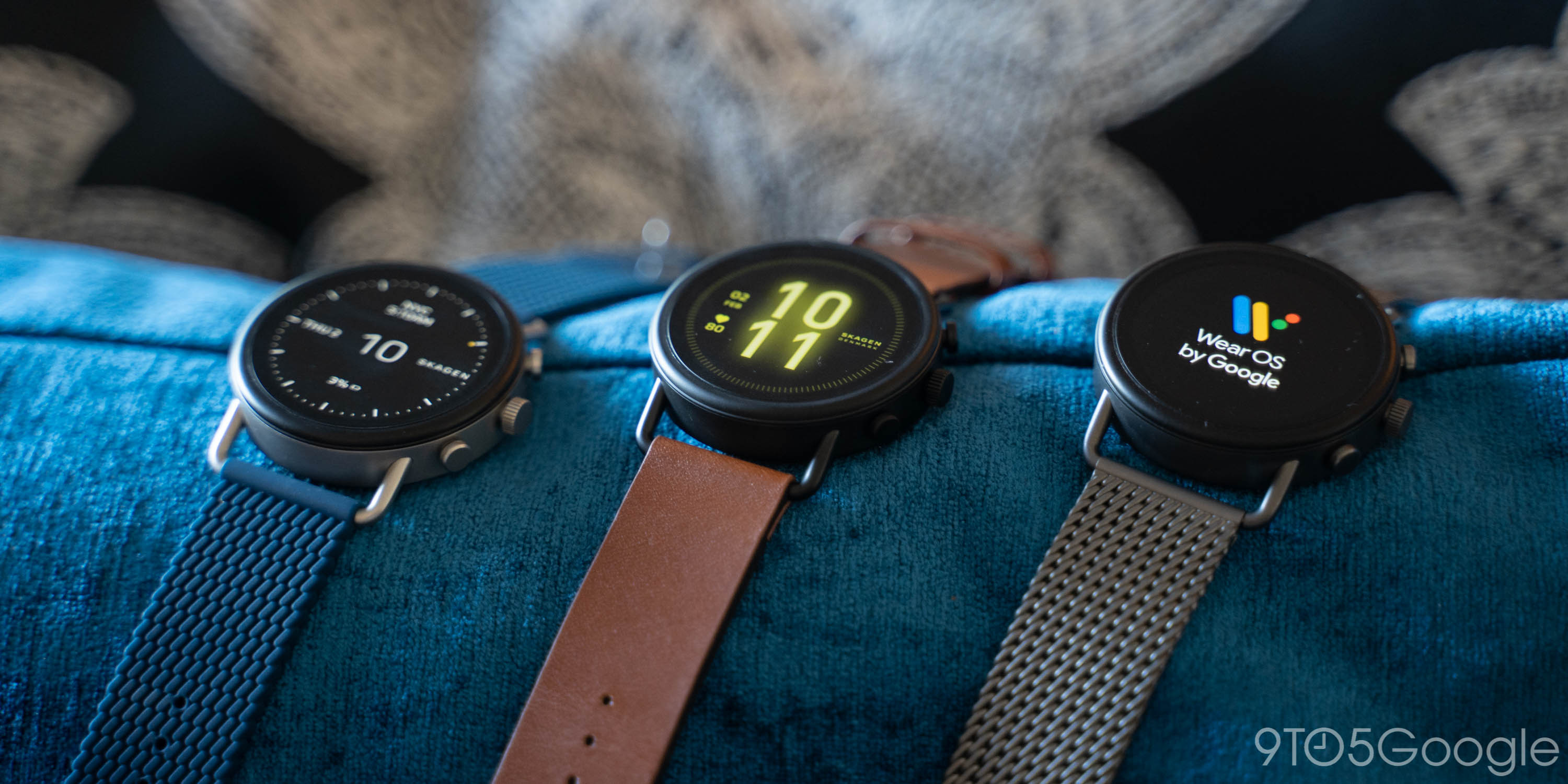 Skagen is also pushing pretty hard on a partnership with X by KYGO, and there’s a special edition variant of the watch for that collaboration. However, there’s not much different about that model, with it essentially coming with a special edition band and having a slightly different black casing, too. 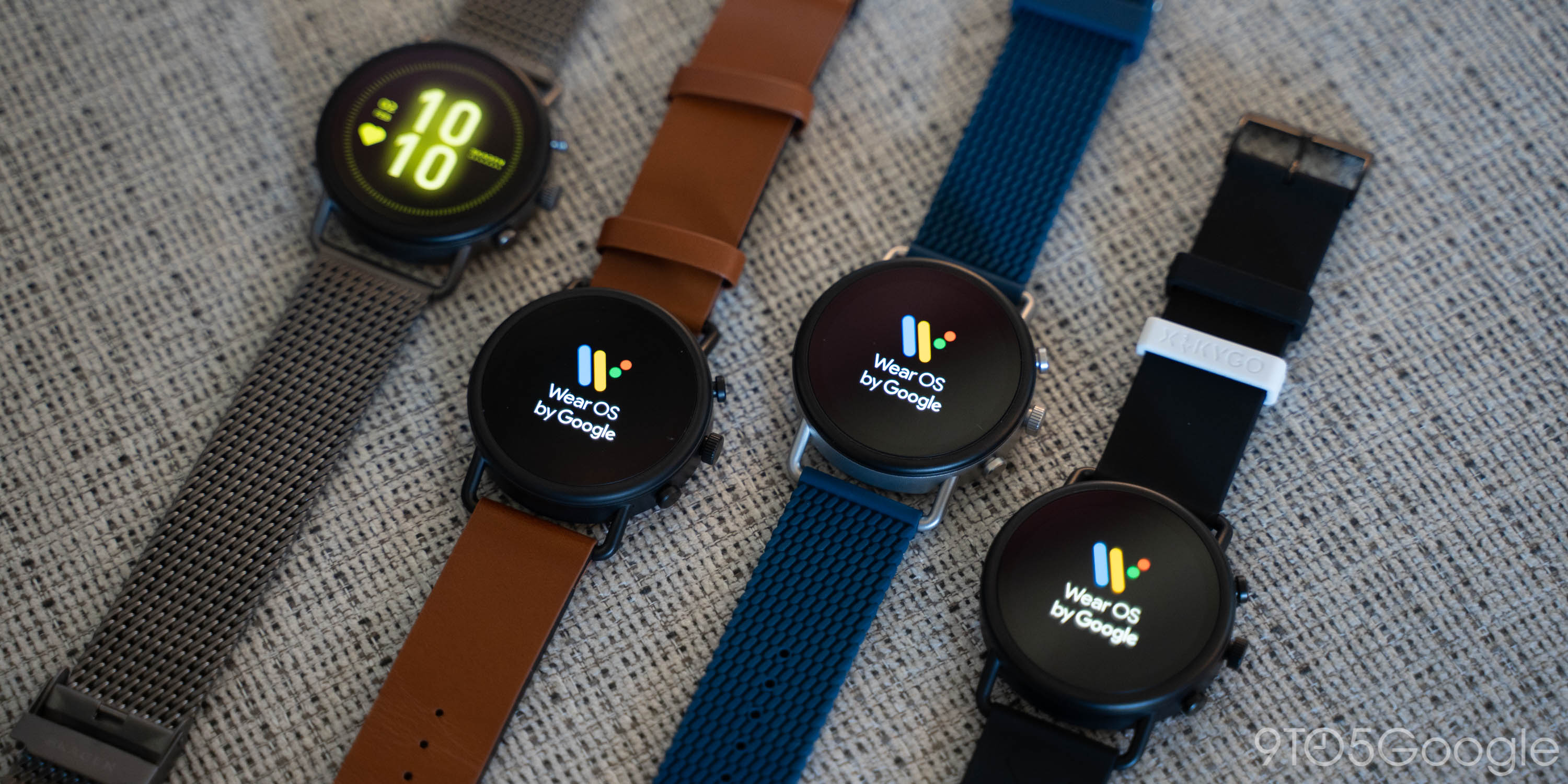 Most importantly, let’s talk about performance. Skagen Falster 2 was a great watch, but it, unfortunately, missed the deadline with the next generation of chipsets for Wear OS. Now, the package has been updated to include a Snapdragon Wear 3100 and 1 GB of RAM. Combined, those two upgrades leave this watch feeling much more snappy than it did before. This was the biggest thing that needed correction with this new model, and I’m glad to see it has worked out.

As of right now, I think the Falster 3 might be my favorite of Fossil’s Wear OS collection. It’s available today too.

Diesel Fadelite: This is… something

Another new watch at CES 2020 is the Diesel Fadelite and… wow, it’s really something. This one is definitely not for everyone, but the Fadelite’s casing and band both have a transparent and/or translucent design. It’s a very unique look in the realm of Wear OS, and honestly, I’m personally not sure whether I like the look or not. 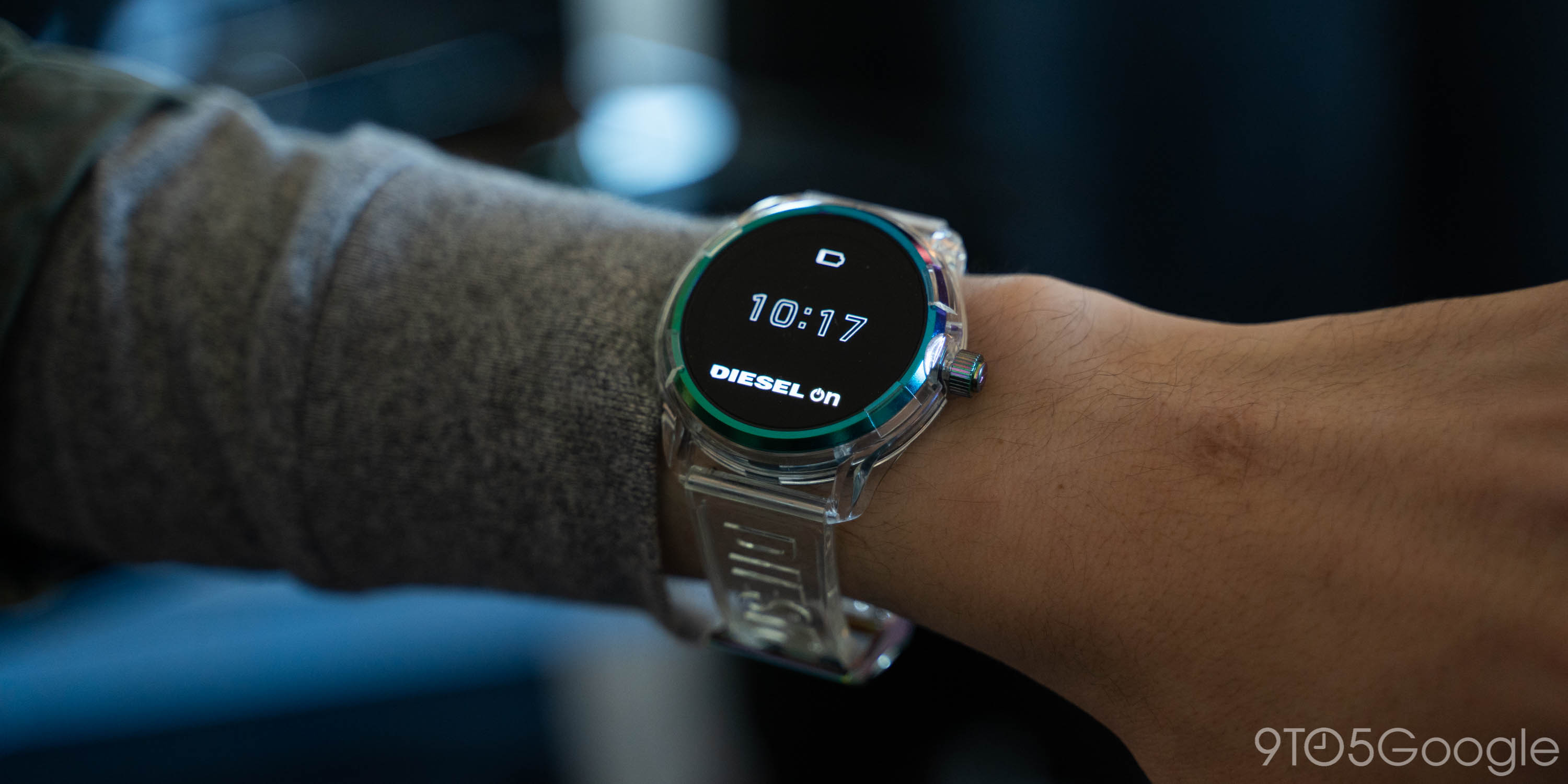 Looks aside, though, the Diesel Fadelite is a fairly big deal for the brand. It’s much cheaper than the Diesel Axial, the brand’s other Wear OS watch, but makes some sacrifices to get there. As Fossil explained to me, the choice to include 512 MB of RAM versus 1 GB of RAM is not only a matter of internal space, but also of lowering the price of these wearables, helping to lead to the Fadelite’s $275 price versus the Axial’s $350 price.

In terms of size, the Fadelite is also important for Diesel because, frankly, it’s not absolutely massive. The 43 mm casing is much more universal for men and women, and something those with smaller wrists can actually wear. 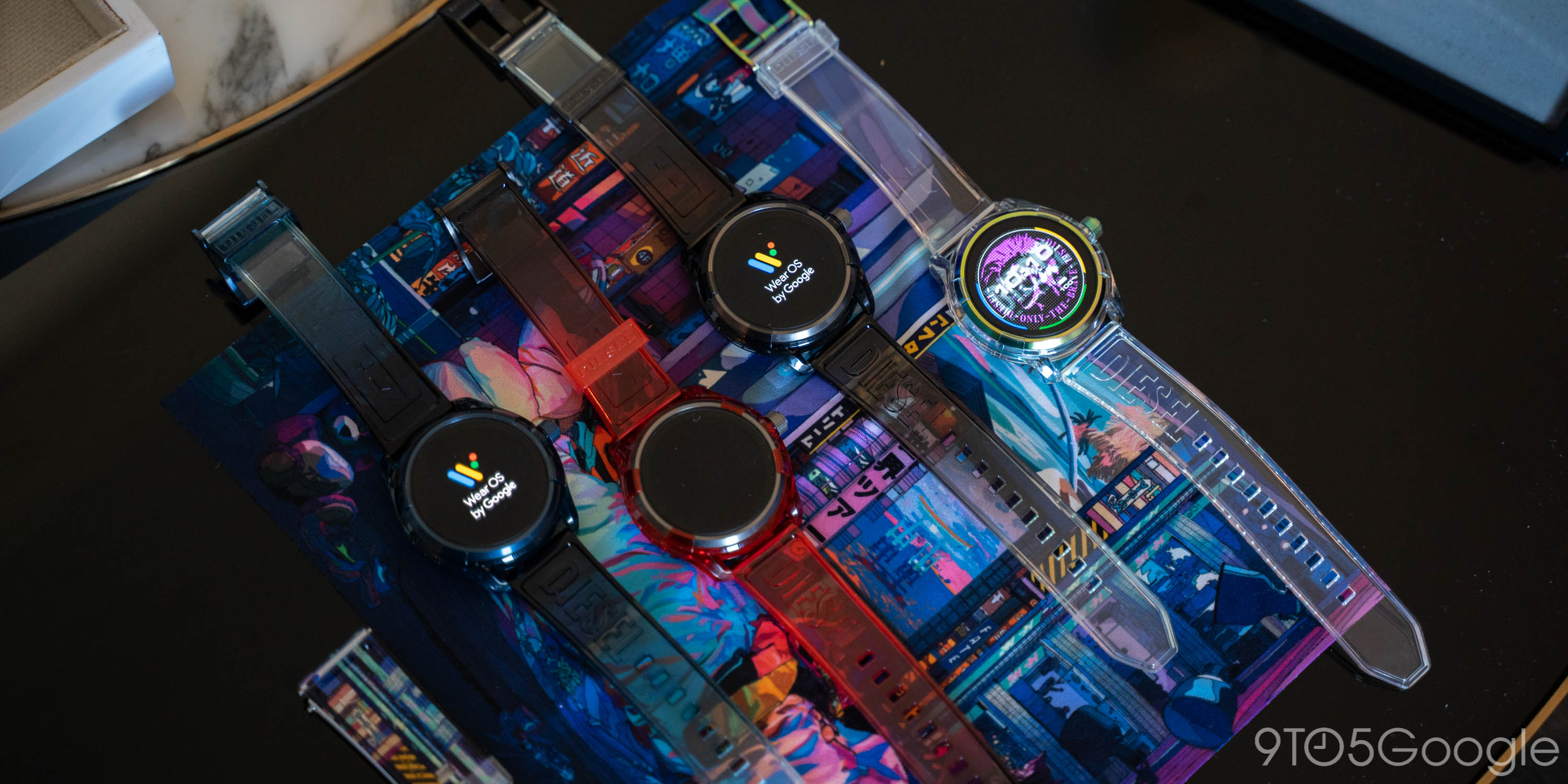 Wearing the Fadelite is another story, though. I know this band is unique and a cool look, but man is it uncomfortable. The almost cheap-feeling plastic material sticks to the skin and isn’t easy to take on and off. It’s quite the look, but personally I don’t think I could wear that band for more than a few hours.

One of Fossil’s older Wear OS options that’s getting a refresh at CES is the Emporio Armani 3. Our own Damien Wilde reviewed the watch last year, and now it’s getting a new metal design. Using matte steel, the Armani 3 brings its very sleek case design to a few new colors — I think the subtle blue pictured here is just to die for — and with a new metal band. That band also uses the “butterfly” style of clasp.

Michael Kors is also giving a couple of its watches a refresh. This firstly includes the Bradshaw 2, which has gotten a new aluminum variant. The specs are the same as the model we reviewed, but the new body material makes this watch unbelievably light. Honestly, I felt like I was wearing an empty shell until the screen lit up. 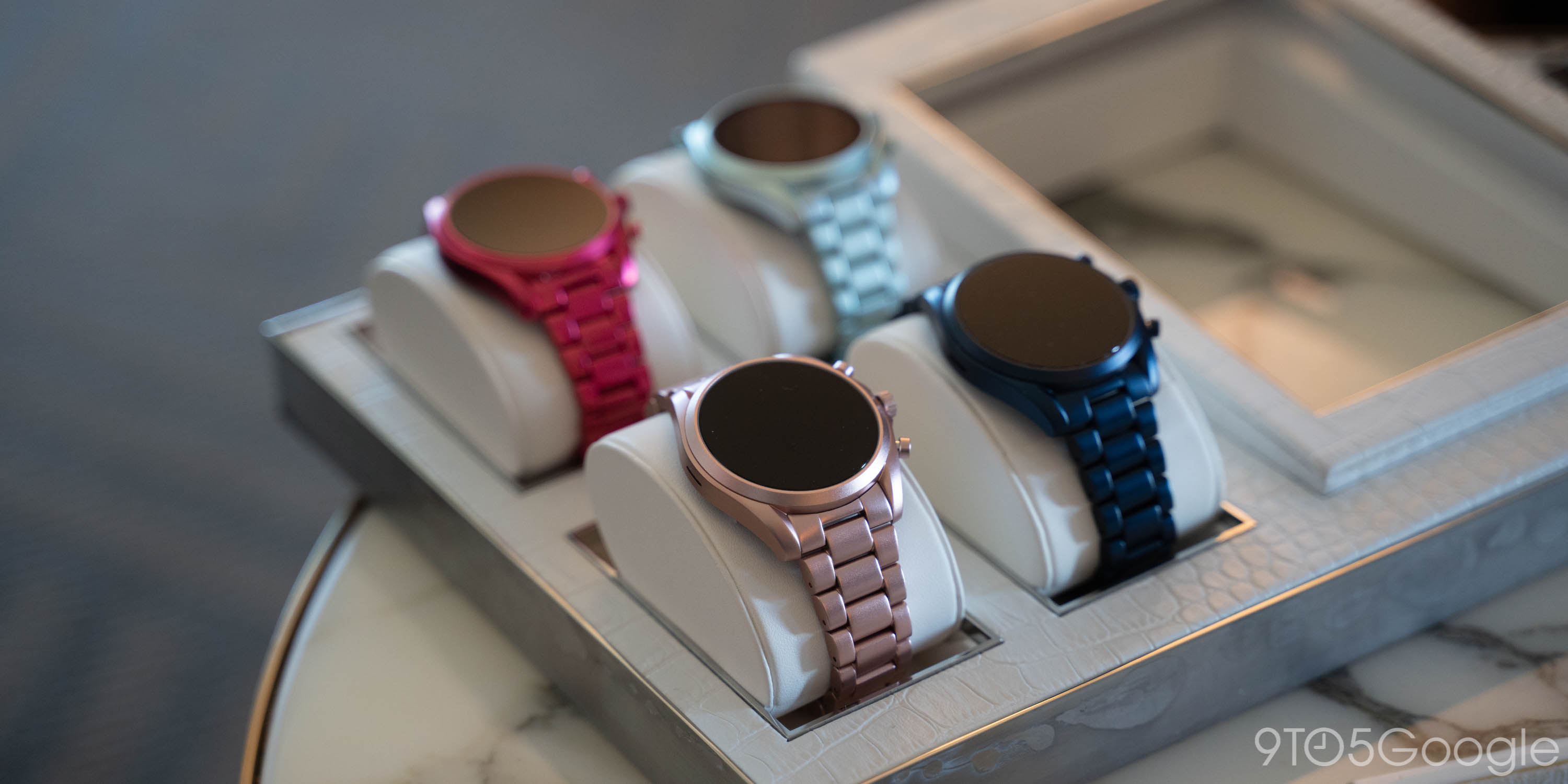 Also getting an update is the MKGO sport watch, now with two new bands and a pink body style. 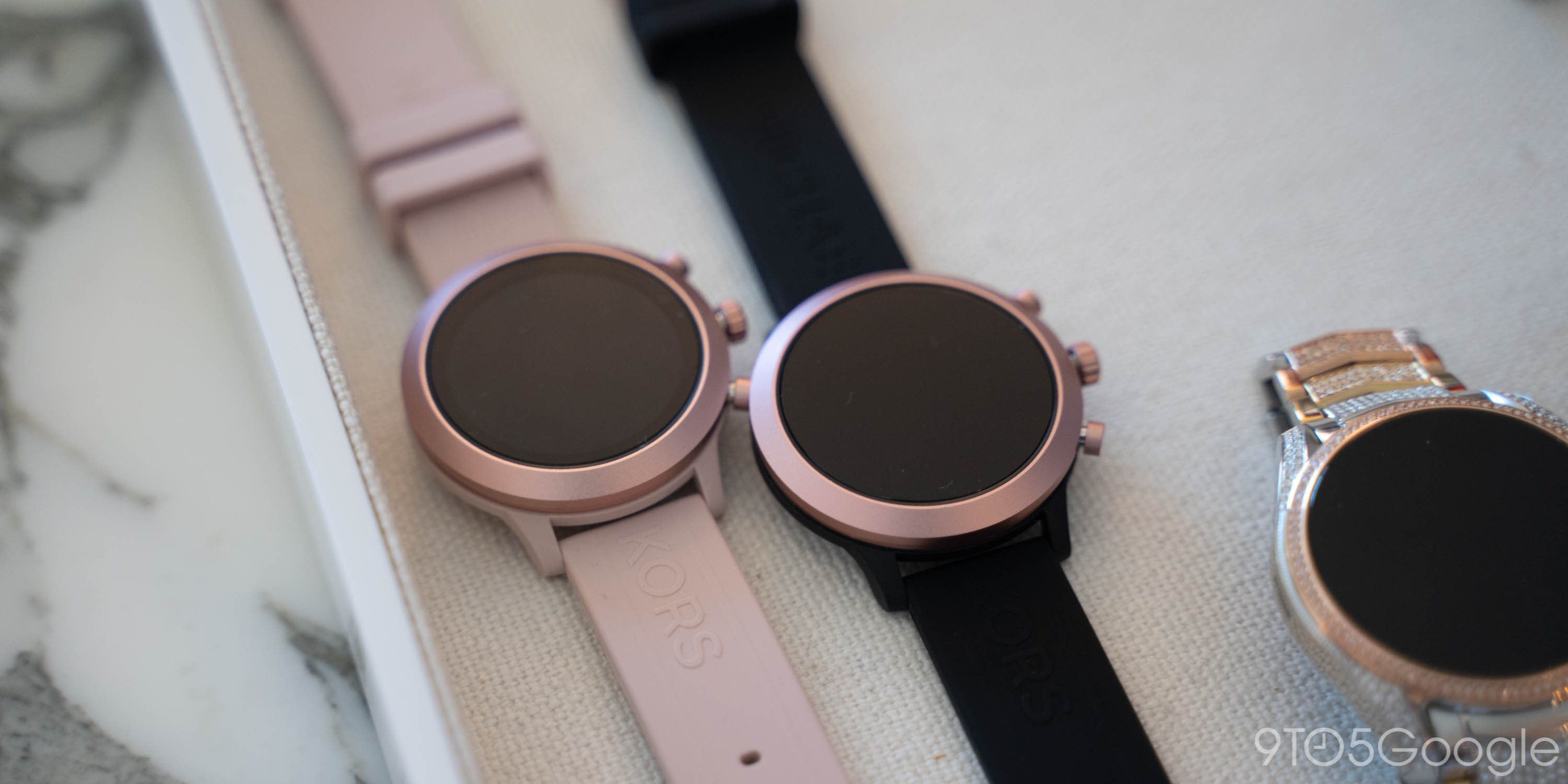 Kate Spade is also bringing an update to its Sport watch. Soon, Mint and White colorways will be available for the watch. Personally, I think the Mint color is really nice. 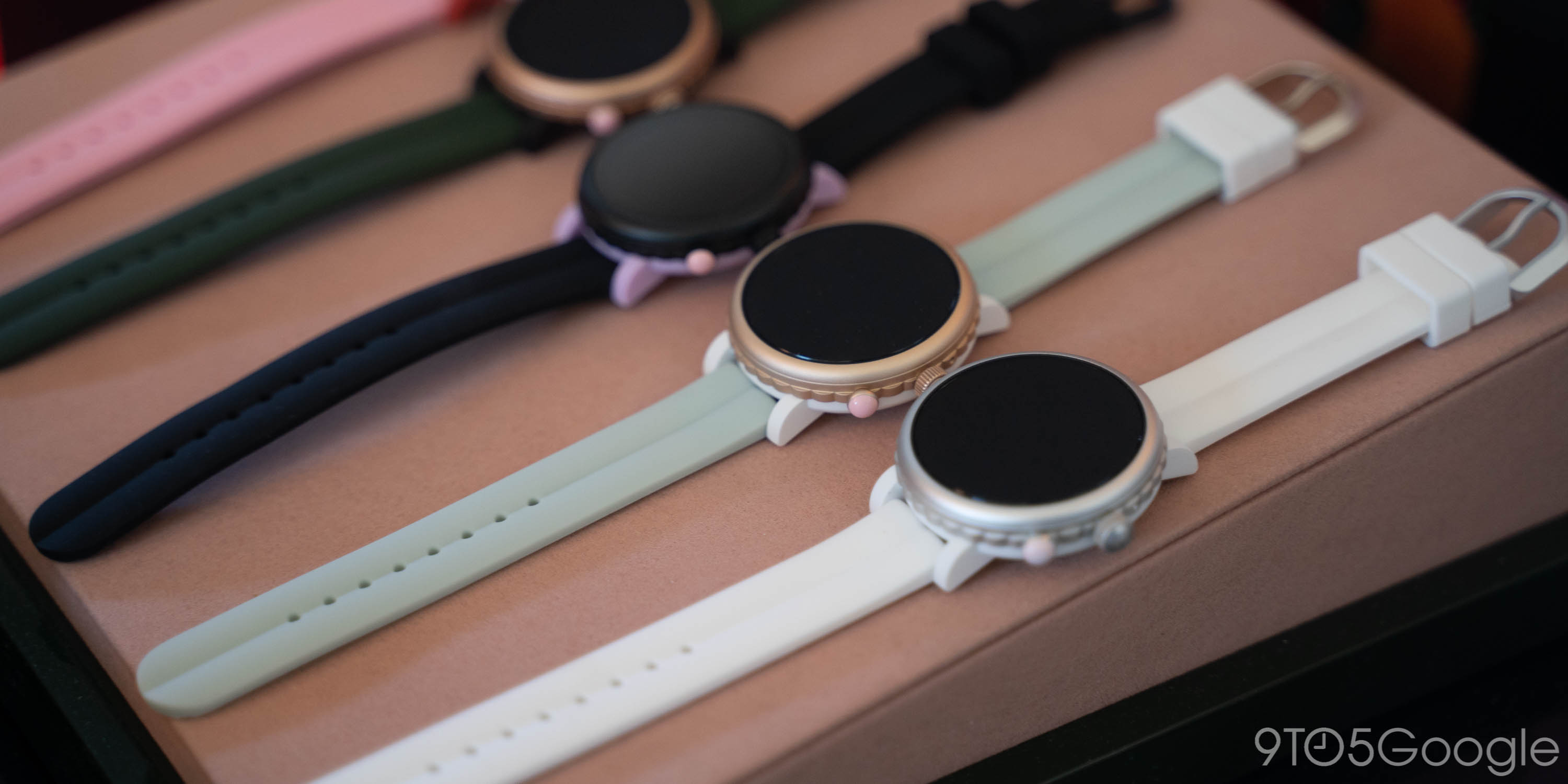 Fossil Gen 5 and Sport: New looks for the new year

Part of Fossil’s “Spring” Wear OS collection, the Fossil Gen 5 and Sport, also got updates at CES this week. Frankly, I forgot to snap photos of these new models, but the new Garrett designs for Fossil Gen 5 are excellent in person and feel great on the wrist. The blue model is especially striking.

Fossil Sport also got several new colors that all feature “jelly” bands that are translucent. The underbelly of the watch itself gets the same treatment, and I think it’s a very nice look. 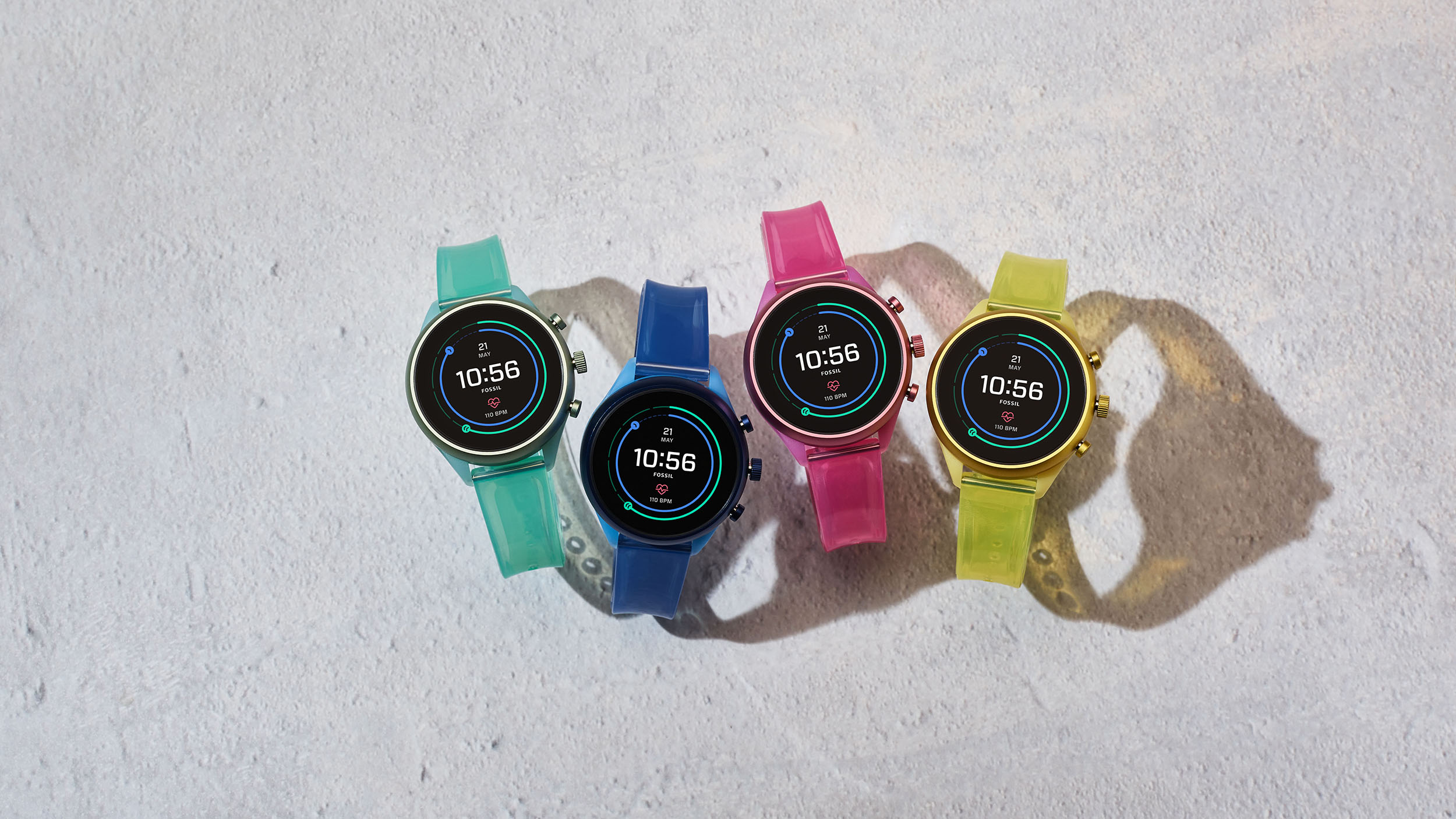