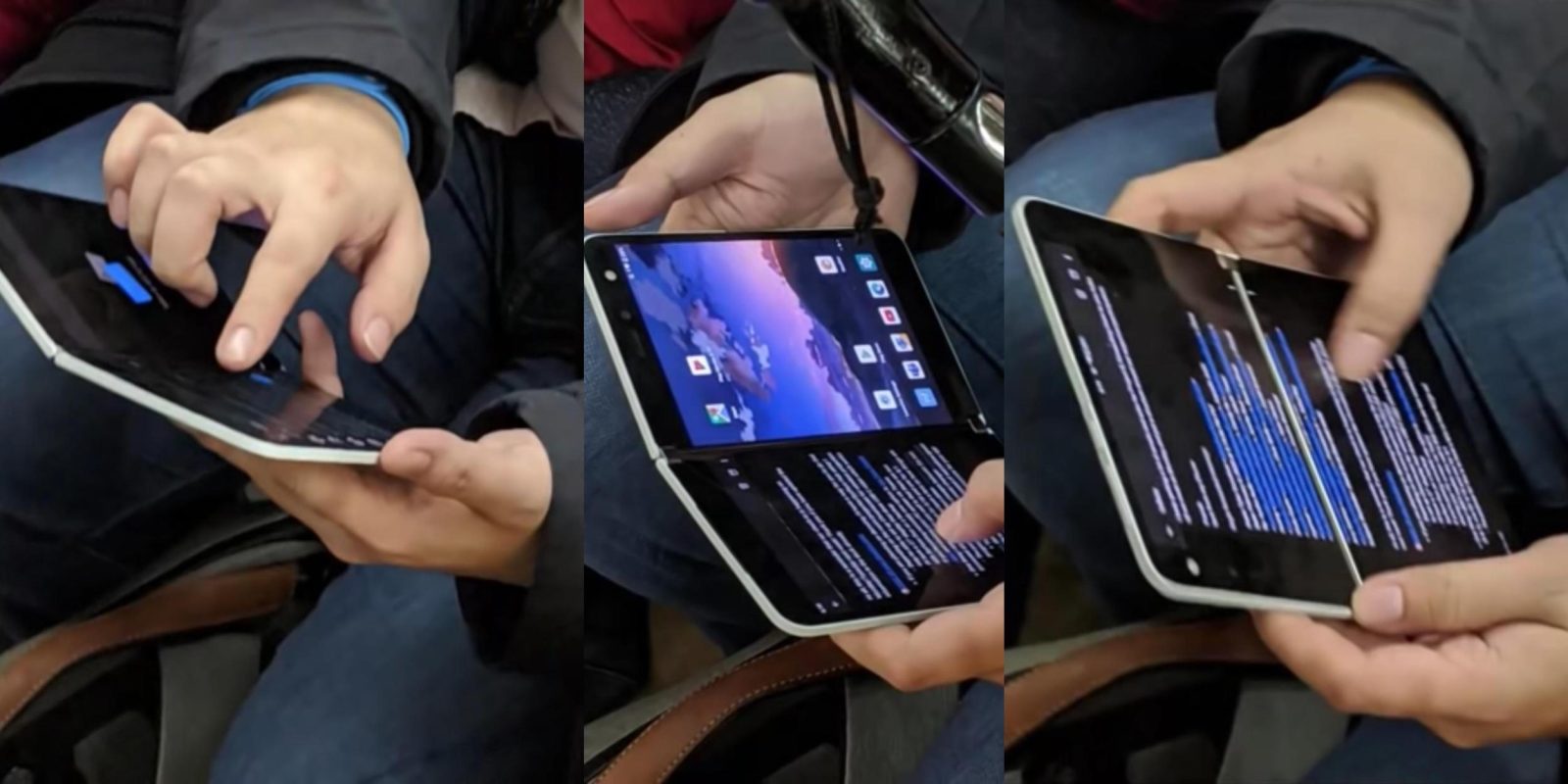 A fully-functioning Android Foldable from Microsoft was spotted earlier this week with the possible addition of a camera flash. The Surface Duo now has several more real-world images and a two-minute video that shows how everything has progressed since the October debut.

The same individual that spotted the Surface Duo while riding Vancouver transit is back with more footage. Starting with the handful of new stills, we see the two 5.6-inch screens head-on with apps like Google Maps, Play Movies, and the Play Store on the homescreen, while the Edge browser is clearly visible in the Microsoft Launcher dock.

We also have the two displays — which combine for 8.3-inches of real estate — in portrait orientation to read a long passage of text. Moving on to the video, there are several clips. We see the screen folded back and a game being played in landscape, and the player then switching to portrait and swiping up to return to the homescreen. This was a somewhat buggy interaction that’s expected for early software.

Speaking of the OS, it looks to be running Android 10 with a thin gesture bar that back in November was a pill with back button in hands-ons. Meanwhile, a system-wide dark theme is clearly in use on this unit. Another bug is how the notification/quick settings drawer is cutoff to only show half if both screens aren’t active. Later on, two different apps are shown simultaneously running on the displays.

This glimpse at real-world Surface Duo usage in the video comes as Microsoft last October only provided media with a look at the hardware. A Microsoft presenter was always interacting with the software and showing workflows than ran smoothly.