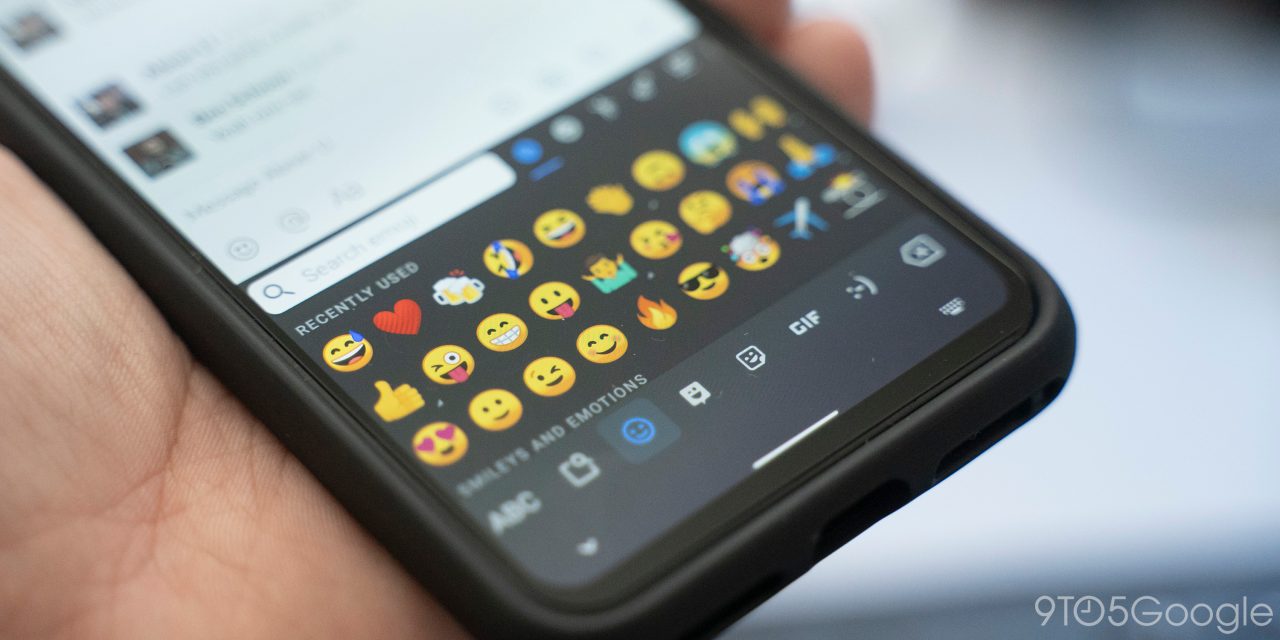 Android later this year will introduce 62 new emoji, including a polar bear, bubble tea, and piñata. In the meantime, Gboard is offering customized sticker suggestions as part of its “Emoji Kitchen.”

Just in time for Valentine’s this Friday, Gboard for Android now “takes your favorite emoji and mixes them into customized stickers.”

We affectionately refer to this feature as Emoji Kitchen, because you can explore new “recipes” of expressions using your favorite emoji as ingredients. Using Gboard on your Android phone, tap on any smiley emoji and Emoji Kitchen will reveal a number of stickers specially handcrafted by the designers at Google.

In supported apps — including Gmail, Messages by Google, Messenger, Snapchat, Telegram, and WhatsApp, opening the emoji panel yields a new white panel above the keyboard that invites you to “Tap an emoji to get suggestions.”

Selecting any smiley emoji will suggest “stickers specially handcrafted by the designers at Google.” For example, the face with cowboy hat emoji (🤠) outputs one of eight variants as tiny PNG attachments/files: monkey, ghost, laughing, kissy, in love, pleading, or pensive cowboy.

This “Emoji Kitchen” lets you “explore new ‘recipes’ of expressions using your favorite emoji as ingredients.” The new bar is also chock-full of whimsical animations including a wandering ghost when there are no suggestions, and a bubbling flask while waiting for results. It can be disabled entirely from Settings > Preferences > Emoji browsing suggestions.

Gboard’s emoji-to-sticker suggestions are rolling out today and can be accessed immediately by signing up for the beta channel.