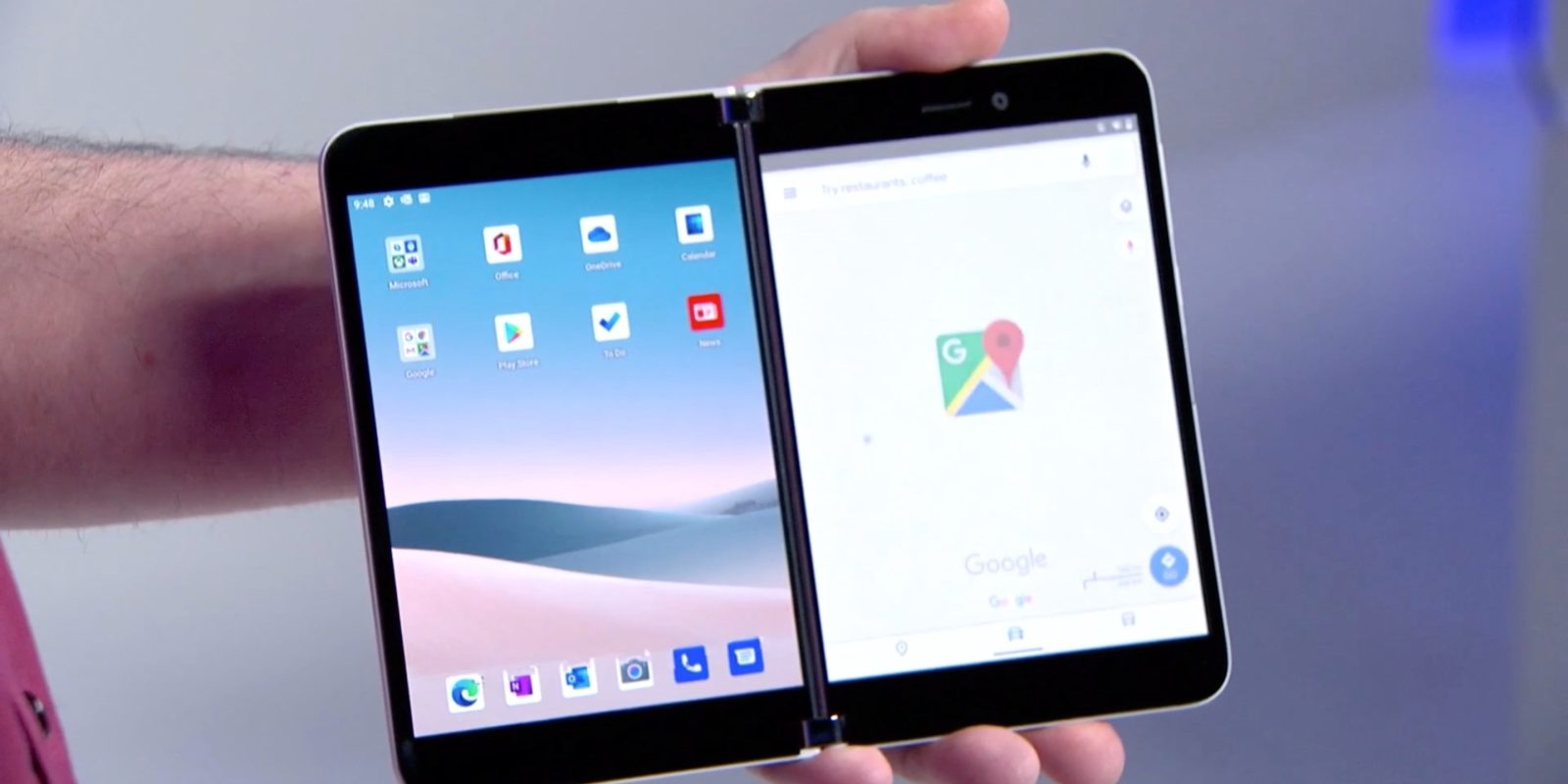 Microsoft on Tuesday hosted a developer day for its upcoming dual-screen devices. One live Surface Duo demo failed, but the company has since corrected it to show Google Maps taking advantage of the two displays.

In the original, Maps failed to launch (via the Verge) and “work across both screens.” Microsoft has since added a disclaimer at the start of its session that “some demonstrations updated post-event.”

We now see Google Maps opening on the right screen and the presenter swiping up from Android 10’s gesture bar to move it to the middle until there’s a confirmatory animation. The app then expands from its phone interface to a tablet interface. This sees the search field move to the left, while FABs remain on the right edge. By default, the search panel is expanded when first transitioning.

Some optimization is still required as the “Google” logo at the bottom is cut off by the physical hinge. The same swipe up and drag from the gesture bar — now split across the screens — returns it back.

Elsewhere in the video, we get a live demo of the Microsoft Launcher. When homescreens are shown on each screen, the dock displays three apps a side. When viewing the feed or opening an app, there’s a slick animation that sees the docked icons join the open homescreen.

There’s also a Microsoft video app demo that emphasizes how one side of the screen can be dedicated to watching video, while the other is reserved for descriptions and comments to let you browse while viewing.

This polished Google Maps demo comes after the Surface Duo was spotted on public transit over the weekend. Meanwhile, Microsoft also updated the Duo preview SDK published last month to “include all our Java native samples as Kotlin samples, drag-and-drop to help you capture the value of moving data between two apps on dual-screen devices, and to support users on MacOS, Linux (Ubuntu), and Windows with Android Studio, Visual Studio, and VS code integration.”