Google Doodle honors Susan B. Anthony on her 200th birthday 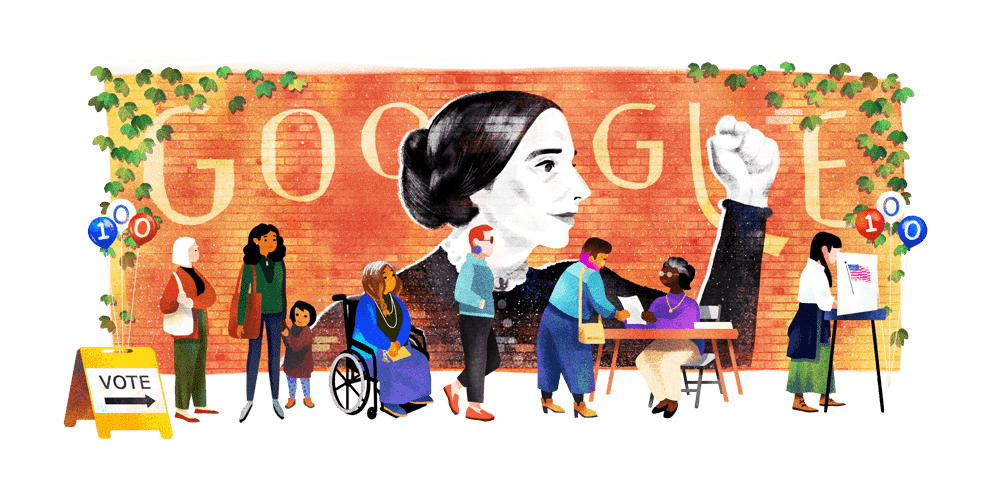 On this day in 1820, women’s rights activist Susan B. Anthony was born in Massachusetts. To honor what would be her 200th birthday, Google is displaying a homepage doodle celebrating the ability for women to vote in the United States.

Today’s Google Doodle serves two purposes, the clearest of which is celebrating the 200th birthday of Susan B. Anthony, but you may notice that the balloons say “100” instead of “200.” That is because 2020 also marks the 100th anniversary of women gaining the constitutional right to vote in the United States.

This was only possible due to the efforts of Susan B. Anthony and other brave women in the organizations she was associated with such as the National American Woman Suffrage Association (NAWSA). Most famously, Anthony was found guilty of casting a vote in the 1872 presidential election, which only brought more national attention to the issue.

Sadly, Susan B. Anthony died in 1906, nearly fifteen years before her efforts and the efforts of those she worked with would be finalized as the Nineteenth Amendment to the US Constitution in 1920, finally giving women the right to vote.

As an interesting side note, Susan B. Anthony added the “B” to her name simply because having a middle initial was something of a fad at the time, borrowing the letter from a “Brownell” in the family. To learn more about the legendary life and legacy of Susan B. Anthony, be sure to check out a full Google Arts and Culture exhibit detailing some important moments of her life and work.

Elsewhere in the world today, Google Doodles are celebrating other powerful women. Google in South America is celebrating the 115th birthday of Nise da Silveira, one of the first psychiatrists to attempt rehabilitative treatments for patients of schizophrenia. Meanwhile, Google in parts of Europe has a doodle honoring Irena Sendlerowa, who led an organization called Żegota that rescued Jewish children out of Warsaw during World War II.