Google Doodle honors the life of Anna May Wong with slideshow 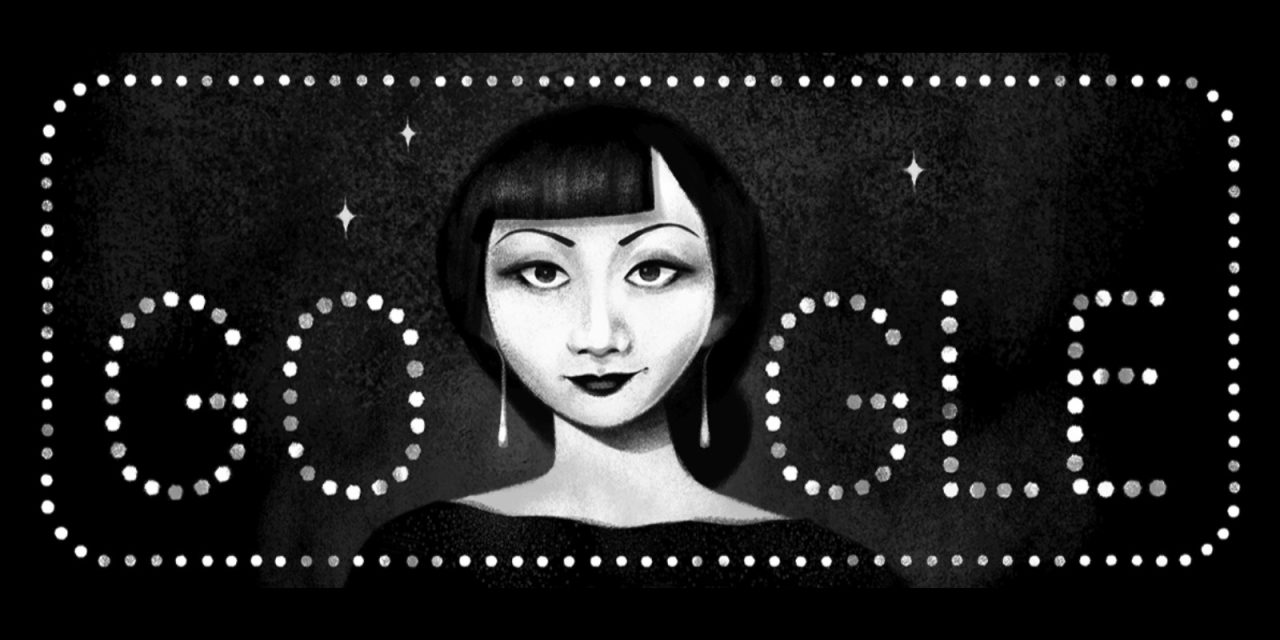 Today, Google has devoted their homepage to a celebration of the Chinese-American film star, Anna May Wong, on the 97th anniversary of her first leading role.

On January 22, 1923, the silent film The Toll of the Sea reached American audiences, marking the first time that Anna May Wong was one of the leading stars of a movie. However, the road to her true stardom was paved with hard work to overcome racial stereotypes and barriers.

This morning’s Google Doodle is a beautiful slideshow paying homage to Anna May Wong’s journey from humble beginnings to earning her place on the Hollywood Walk of Fame. Each slide uses a parallax effect to give its scene a sense of depth.

The first slide depicts Wong’s dreams of the spotlight and of becoming a star, as she frequently tried out for parts in films as a child, only beginning to find success in her teen years. Next, we see Anna May Wong portraying Lotus Flower in the movie The Toll of the Sea, a film that specifically needed an Asian star.

Following this role, Wong found that her career in Hollywood was being restricted due to Asian stereotypes and racial barriers that left her typecast. We see in the next slide that, to break through this barrier, Anna May Wong stepped away from Hollywood and moved to Europe in 1928.

There, she found greater opportunities to play many roles in both films and plays, as seen in the fourth slide, including Piccadilly and The Flames of Love. This built up a demand for her talents, landing her in well-known Hollywood films like The Shanghai Express. In the fifth slide, we see Anna May Wong as a detective solving crimes in The Gallery of Madame Liu-Tsong, the first ever TV show with an Asian-American lead, taking its name from Anna’s birth name, Wong Liu Tsong.

If this is the first time you’ve heard of Anna May Wong, you’re not alone. In an interview with the artist responsible for today’s Google Doodle, Sophie Diao, she shares that this project was her introduction to the star as well.

I first learned about her through working on the Doodle. She’s amazing! I wish I had known about her when I was a kid. I was always looking for Chinese-American role models in movies and TV shows. Asian-American actors are underrepresented even now, so amazingly Anna May Wong was so active right at the beginning of film history, bridging the gap between silent films and talkies.