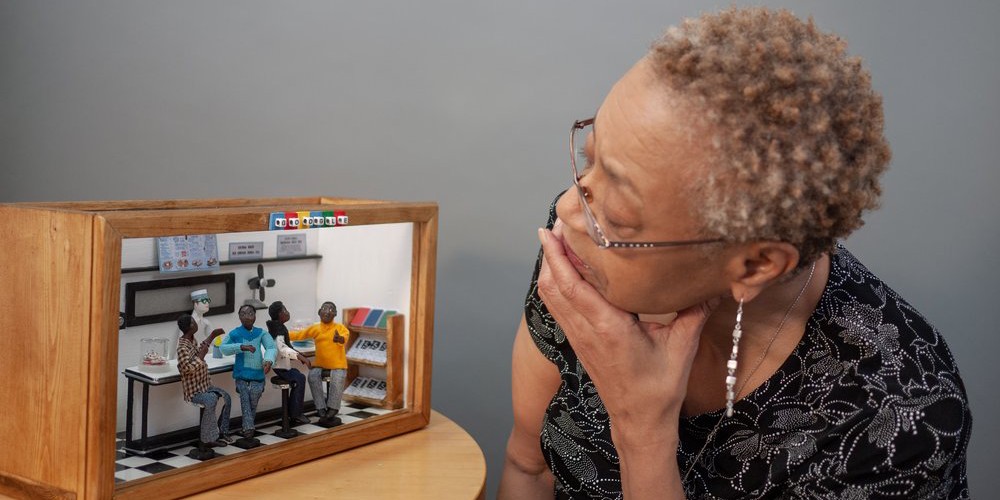 On this day in 1960, four men began a movement of nonviolent protest against segregated businesses in Greensboro, North Carolina. To honor the sixtieth anniversary of the Greensboro Sit-in, Google is displaying an incredible diorama depicting the historic protest.

On February 1, 1960, four students sought to be served from the “whites-only” lunch counter of their local Woolworth’s department store. Upon being denied service, the group, later called the “Greensboro Four,” remained seated in the restaurant until it closed — the titular “sit-in.” With time, this nonviolent protest grew into a movement of hundreds seeking desegregation until July 25, when the restaurant fully integrated.

Leading in Black History Month, Google is honoring the anniversary of the Greensboro Sit-in with a striking diorama of the event, designed by guest artist Karen Collins. Collins is the creator of the African American Miniature Museum, a mobile showcase of other thought-provoking scenes of African American activist movements past and present.

I hope that everyone, especially young people, will go on to learn more about the sit-in and their personal histories as a whole. A lot of people sacrificed and died for the freedoms we enjoy today, and we should remember that and honor them. My goal is to show the strength of the people. We are not weak. We can keep going and strive to do better. 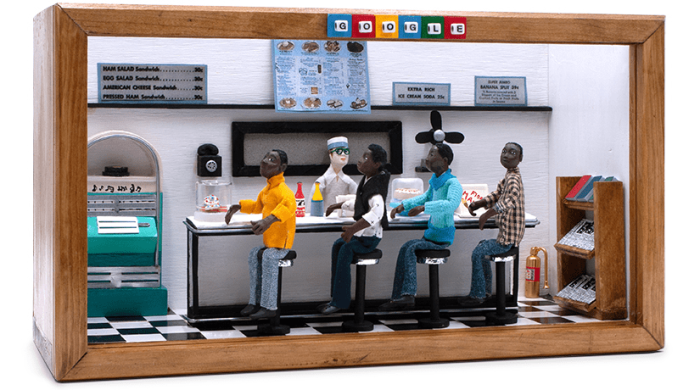 Elsewhere in the world today, Google’s Brazilian homepage has been decorated with a doodle celebrating the 85th birthday of feminist and civil rights activist Lélia Gonzalez.

Gonzalez’s passion to free the world of racism and sexism will be remembered by many generations to come. In honor of her landmark achievements, The United Nations of Brazil named a new building after Lélia Gonzalez in 2015.