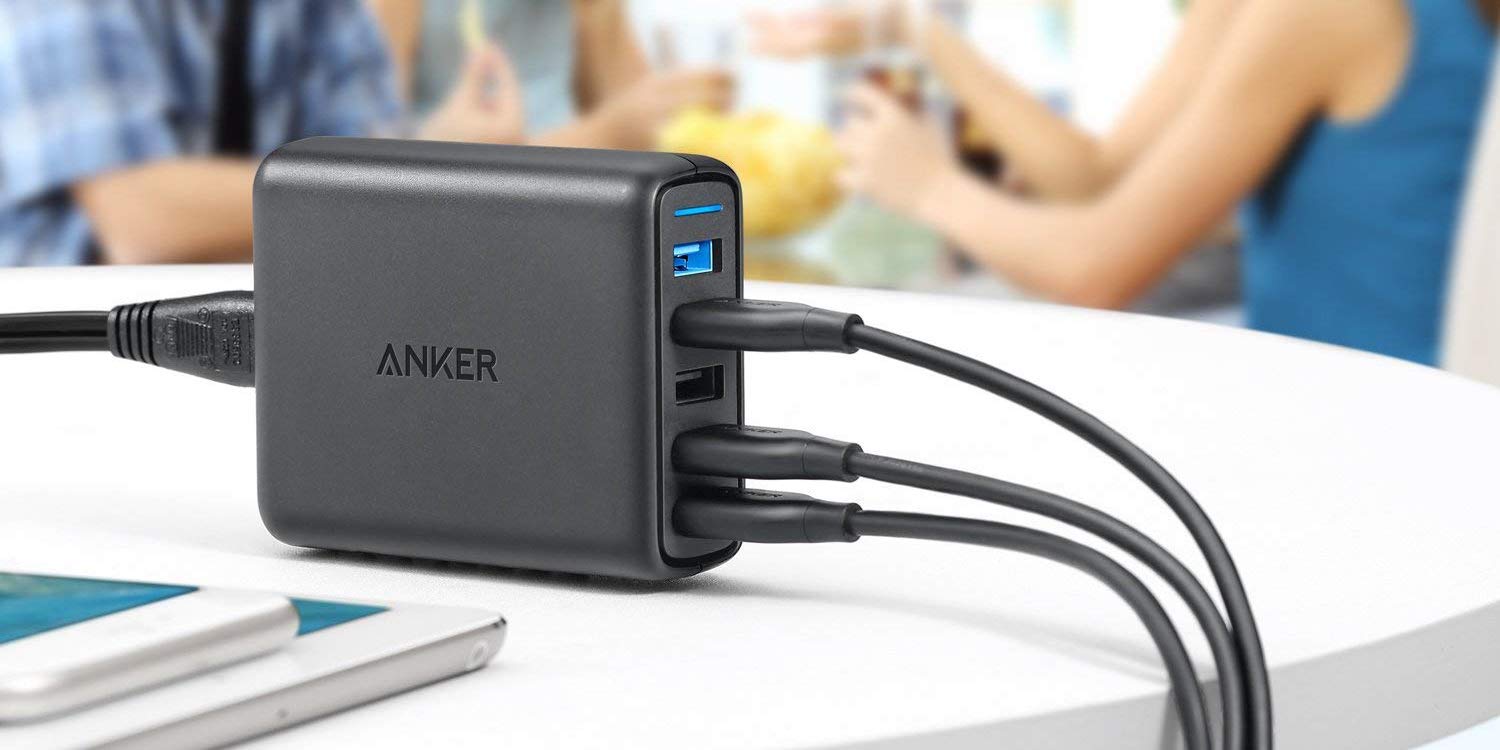 Wednesday’s best deals include Amazon’s 1-day Anker sale from $15, plus deals on ASUS smartphones, and various Chromebooks starting at $180. Hit the jump for all that and more in the latest 9to5Toys Lunch Break.

Amazon is offering up to 30% off Anker multi-port chargers and accessories. Featuring everything from USB-C and Lightning cables to wall chargers, power strips, and the company’s PowerPort Atom charging station, you’ll definitely want to take a closer look at today’s sales event. This is a great opportunity to refresh your charging gear or grab some extra cables for your travel kit while you’re at it. The deals start from $15 and you’ll find our top picks right here.

Save $625 on the ASUS ROG Smartphone

Microsoft’s official eBay storefront offers the ASUS ROG 512GB Gaming Android Smartphone for $400. Down from its $1,025 going rate at Amazon, today’s offer is good for a 60% discount and is a new all-time low on this configuration. For comparison, we’ve seen the 128GB version sell for $50 less just once before.

Centered around a 6-inch Full View AMOLED display, this smartphone packs 512GB of on-board storage as well as 8GB of RAM and two SIM card slots. On the back, you’ll find a dual-camera array comprised of an 8MP wide-angle and 12MP sensors. Unique to the ROG handset is a vapor-chamber cooling system and side-mounted USB-C port for pairing with various gaming accessories. Head over to our launch coverage for a closer look.

Woot offers the HP 14-inch 2-in-1 Convertible Chromebook for $280. Free shipping is available for Prime members; otherwise, a $6 delivery fee will apply. As a comparison, this Chromebook originally sold for $599 and goes for $399 in new condition. Today’s deal is $60 less than the previous refurbished deal price and the lowest we’ve tracked.

HP’s convertible Chromebook offers a 2-in-1 design alongside a foldable 14-inch display. There’s 8GB worth of RAM plus a 64GB eMMC flash memory system for additional storage beyond the included Google Drive cloud capacity. Plus, 802.11ac Wi-Fi rounds out the list of better-than-usual Chromebook specs. You’ll find more deals here.

Amazon is currently offering the Motorola Moto One Action 128GB Android Smartphone from $180. Down from $350, today’s offer saves you up to $170, beats our previous mention by as much as $70, and marks a new all-time low. Featuring a 6.3-inch CinemaVision display, Motorola powers its new Moto One with an octa-core processor. Around back, you’ll find a triple camera system comprised of 5MP depth, 12MP wide-angle, and 16MP sensors. Other notable features include 128GB of storage, Dolby Audio, and more. Learn more in our launch coverage. Head below for additional deals.

Save $30 on Samsung Galaxy Fit

Amazon is currently offering the Samsung Galaxy Fit Smartwatch for $69 in both black and white styles. Having dropped from $99, today’s offer is a few cents under our previous mention and brings the price down to the second-best offer we’ve seen all-time. Featuring an AMOLED display, Samsung has packed everything from heart rate monitoring to smartphone notifications into Galaxy Fit alongside up to a full week of battery life per charge. It’s also water-resistant up to 50-meters and can automatically track workouts. Learn more in our hands-on review.