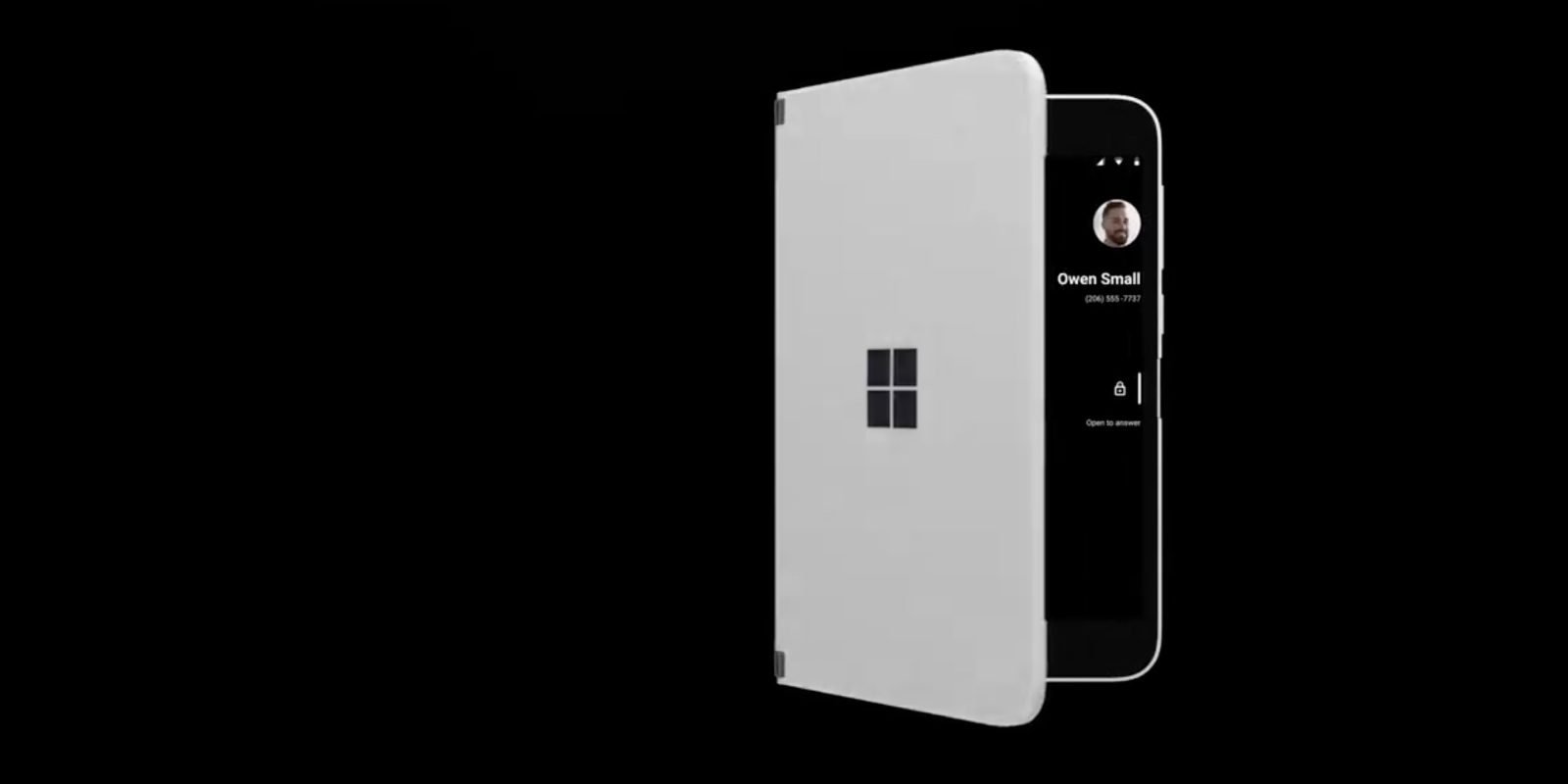 The past month has seen a relative uptick in Surface Duo developments. Leaked videos today provide a look at a “peek” feature that addresses how this foldable form factor does not have an outer display like competing products.

Two leaked clips by WalkingCat on Twitter (via the Verge) show being able to partially open the Surface Duo so that you see a sliver of the screen. This “peek” display starts by showing network and status indicators up top, followed by the time and the date.

Below are notifications displayed as cards that are visually reminiscent of iOS bubbles. Swiping up on this feed lets you view all of them, while a swipe removes. A second video shows the UI when you’re receiving a call. The caller’s profile image, name, and phone number appear, along with a prompt to “Open to answer.” Doing so accepts the call on the right-hand screen, while the left shows a lockscreen with left-corner shortcuts to launch the camera and possibly flash.

Unlike Samsung’s Galaxy Fold — which is the most analogous device today, the Surface Duo lacks a dedicated outer screen that’s necessary for handling larger form factors. In theory, you could fold the device so that the screens are back-to-back, but the displays would be fully exposed for damage, and Microsoft has yet to show an Ambient Mode or always-on display.

If the peek display turns out to be a feature that ships, the Surface Duo gets a way to quickly triage notifications. That said, even in opening the displays partially, you’re doing the majority of the work needed to unfold all the way and get access to the dual 5.6-inch screens.

Meanwhile, in practice, your fingers would be awkwardly placed and holding the left display open, while you only have a sliver of screen real estate that might be frustrating to interact with.