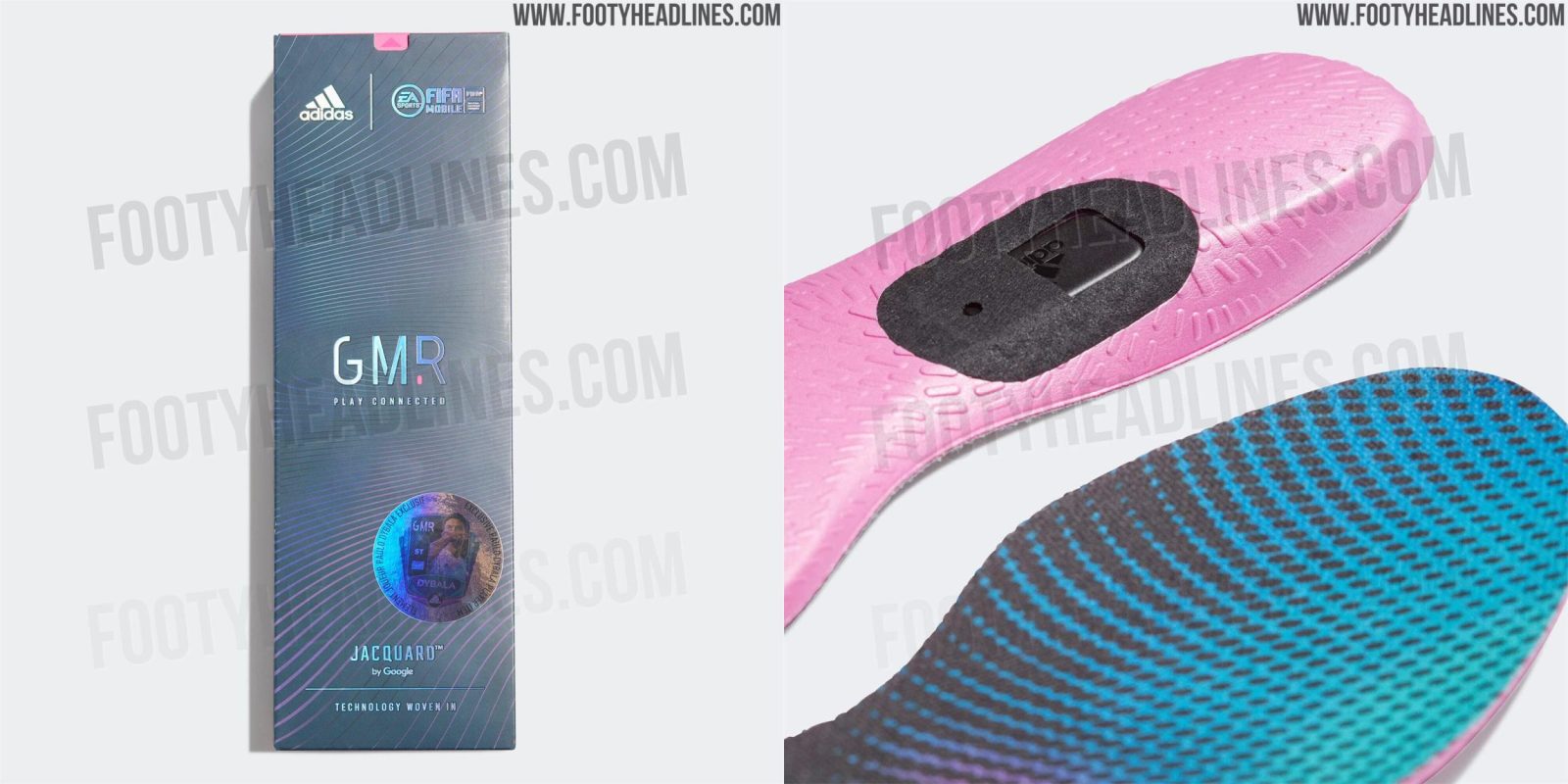 Google yesterday teased nearly everything about its upcoming collaboration with Adidas and EA Sports except for the actual functionality. The Google Jacquard product has now fully leaked as smart Adidas insoles that track you on the soccer pitch and integrate with the FIFA Mobile game.

Footy Headlines, a website covering football kits and boots, already acquired the “Adidas GMR Insoles.” Complete with retail packaging, we see insoles that have a cutout on the underside for the second-generation Jacquard Tag that launched last fall.

This thumb-sized “tiny computer” processes inputs and relays commands to your phone over Bluetooth. However, instead of gestures on a jacket cuff or backpack strap to control music playback and command Google Assistant, what’s communicated is “your touch, control, speed & kicks” when playing soccer. It’s unclear if there’s any additional technology embedded into the insoles or whether everything is housed in the Adidas-branded Jacquard Tag.

Besides physical stats, that data integrates with the FIFA Mobile game for Android and iOS to improve your team’s virtual performance. There’s also the ability to “compete in real-world football challenges,” and “dominate the leaderboards and unlock exclusive rewards.” The tagline for GMR — which stands for “gamer” — is to “play connected.”

The package features two insoles made by Adidas, with the included Jacquard Tag able to slot into either. A “Symmetry Tag” — to fill the empty space on the other — and charging cable round out GMR, while exclusive in-game content is also offered.

To set-up, a companion Adidas GMR app is required. Pricing is not yet known, but we now have a pretty good picture into what Google is announcing on Tuesday, March 10. It very much fits with Jacquard’s vision of infusing everyday objects with technology to make them more useful.