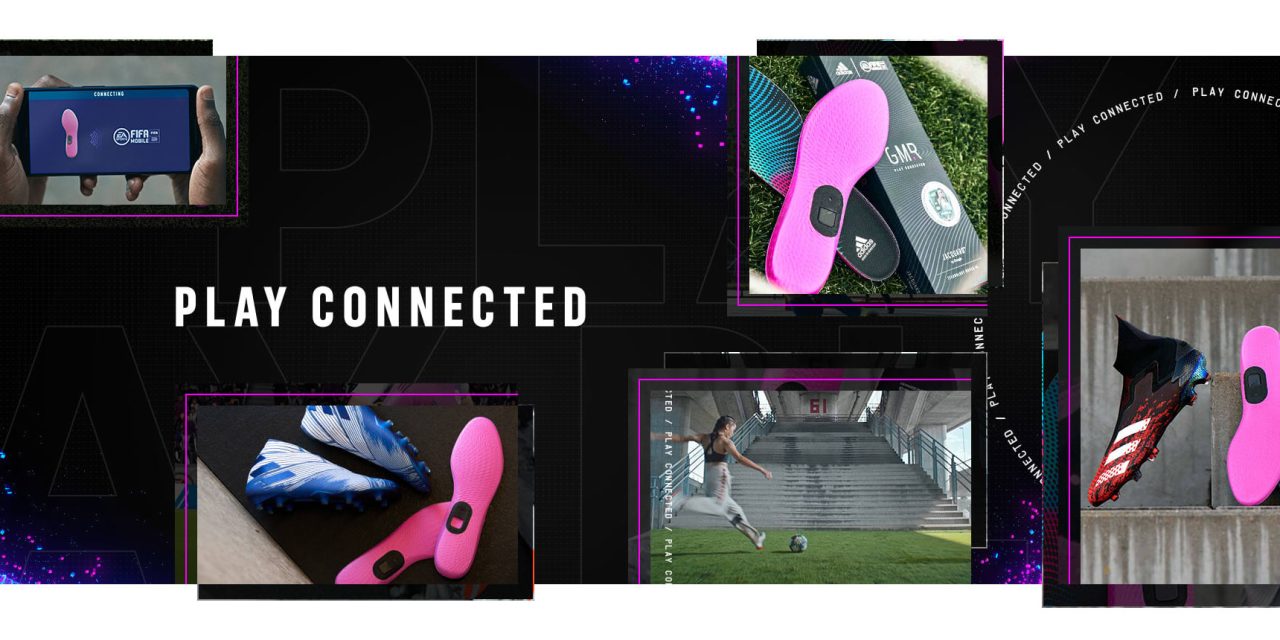 After several weeks of teasing, Google’s next Jacquard-powered product launched today with Adidas GMR. It’s billed as a way to “use your real-world soccer skills to raise your digital game.”

In this partnership, Google is supplying its second-generation Jacquard Tag that launched alongside new Levi’s Trucker jackets and a Saint Laurent backpack last year. Placed in an Adidas-developed insole, it can measure your number of kicks, shot speed, run speed, and total distance run.

There is a gyroscope, accelerometer, and processor that runs on-device machine learning algorithms, with micro-USB used to charge the thumb-sized package. That insole works in any soccer cleat, with Google recommending that the Tag slot into your dominant foot. The package includes two insoles and another insert to fill in the blank space.

This data syncs to an Adidas GMR — which stands for gamer — app and gets transferred to FIFA Mobile for Android or iOS. The EA Sports-developed game will offer weekly challenges and let you unlock Skill Boosts to improve virtual players and teams based on your real-world play. This raises your OVR rating and status in leaderboards.

For Google, this is an interesting expansion of Jacquard that fits in line with ATAP’s goal of infusing everyday objects with technology. That said, it’s a departure from being able to swipe on fabrics to control your phone, and the branding might be confusing.

FIFA Mobile is a very popular game with over 100 million Android installs on the Play Store. It’s unclear whether that will translate into buying a physical accessory. Adidas GMR is available today online and in some first-party stores. It costs $40 with several insole sizes (US 4.5 to 13.5) offered.