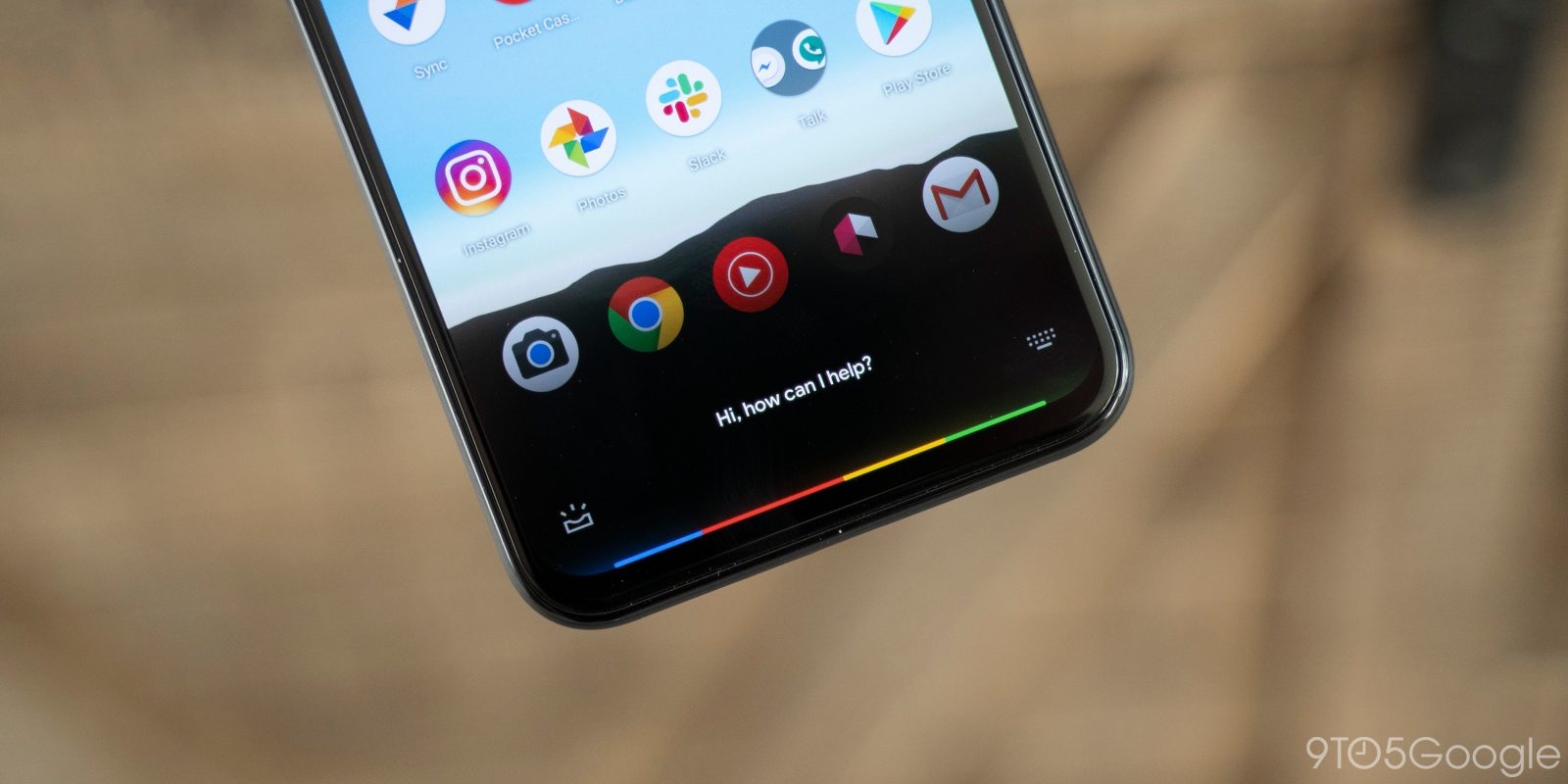 When the Pixel 4 launched last October, the new Google Assistant had a handful of restrictions beyond only working with US English. That changed in recent months with increased language support and the ability to use 3-button navigation — though Google has yet to acknowledge that change officially.

However, the most annoying part was not being able to access the new Google Assistant when G Suite accounts are logged in. Having multiple emails beyond a personal Google Account is quite common for workers and students today. This meant Pixel 4 owners could not take advantage of the latest Assistant that leverages on-device models to recognize commands faster and Continued Conversation from Nest/Home devices to cut down on hotword usage.

This expanded availability is quietly rolling out without much fanfare. It’s odd that Google did not decide to bundle this change with March’s Pixel Feature Drop.

Launching Google Assistant today will show up the new translucent “Hi, how can I help?” prompt in place of a gray/white sheet that’s been around for years. One of our devices that had been a hold out received it this morning, while there are similar reports.

Users that added G Suite accounts during the Pixel 4 set-up process and never interacted with the revamped Assistant will have to download related assets. Other new functionality includes a shorter panel that makes interacting with Assistant more subtle and certain offline commands.