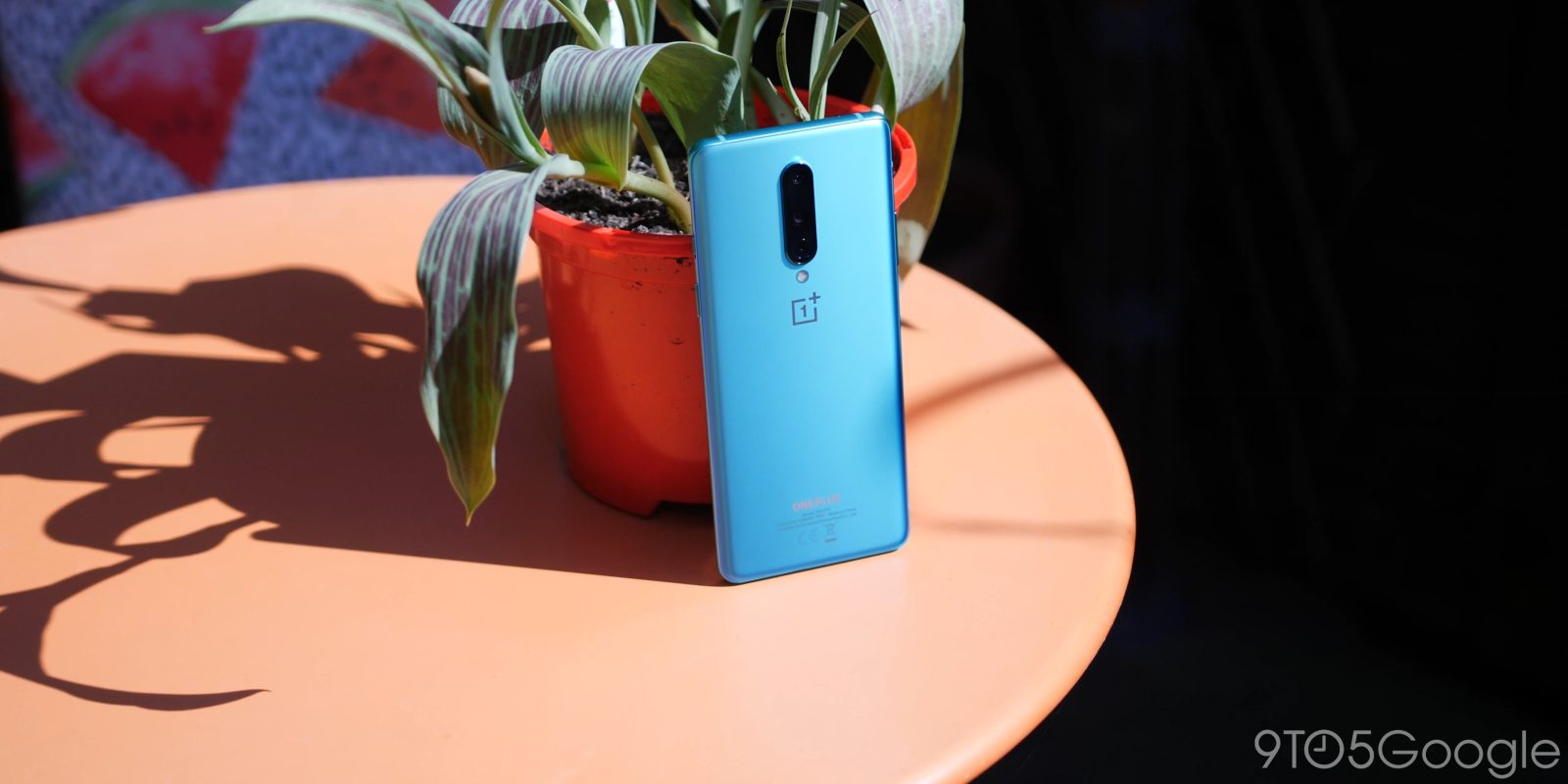 OnePlus has always skirted a fine line between affordable enthusiast device and an out-and-out flagship. Now, the launch of the OnePlus 8 series has muddied that water even further.

The focus on speed and smooth performance has always been at the forefront of the OnePlus ethos, but that has to come at a cost. The days of a cheap “flagship killer” have most definitely been banished in favor of this updated “pursuit of speed.”

Going all-in on 5G is a risky move as it inherently incurs extra costs for a smartphone line that has been known for exceptional value and ultra-performance.

What’s more disappointing is that — although no fault of OnePlus — global wireless 5G networks are still in the rollout phase. This means that you face the prospect of paying a hefty premium for smartphones in 2020 with connectivity that might not even be useful where you live for quite a while to come.

Although, with all of those concerns, we’ve spent an extended period to learn just what the latest OnePlus smartphone series brings to the table. These are our first impressions of the “non-Pro” OnePlus 8. 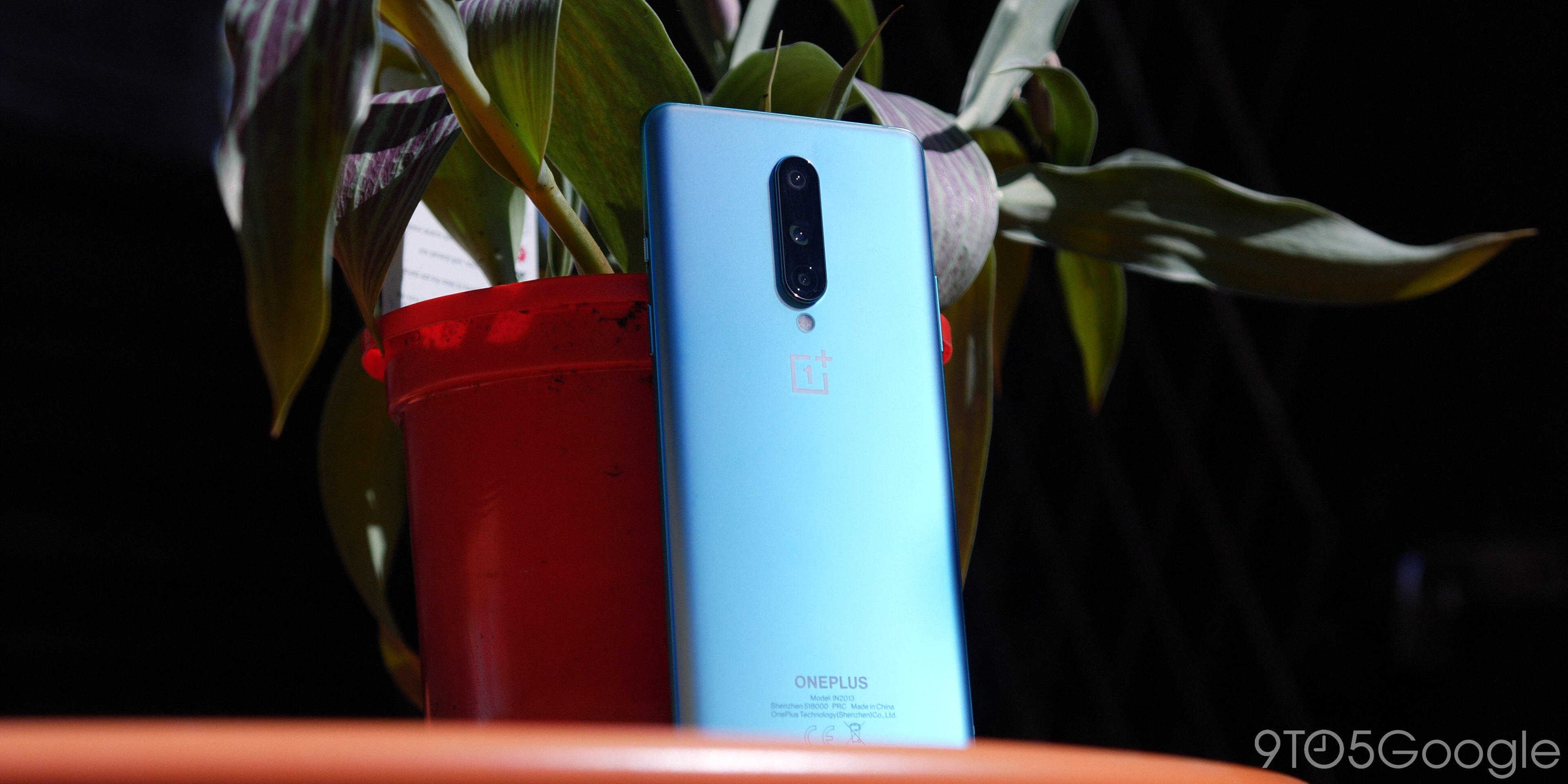 One area in which you simply cannot fault the OnePlus 8 series is in its design. While the move from a flat display to one with curved edges is a frustration we’ll talk about later on, this feels like a very “premium” device with no expense spared.

Soft curves and metal bands really enhance the glass sandwich design. However, the unique look of the OnePlus 7T has been eradicated for what at first glance looks very much like a OnePlus 7 Pro-lite aesthetic. To be completely honest, I was quite a fan of the circular camera nodule at the rear. I felt that it gave the OnePlus 7T some much needed extra character, something that is sorely lacking on smartphones in general.

I must admit though that the OnePlus 8 is a fine-looking device. It looks and feels every bit as good as its high-end compadres and the Glacial Green finish joins a long line of striking colors utilizing OnePlus’ exacting CMF design principles. It would have been nice to see a red model, but for the most part, I am very happy with the green finish.

In the hand, this is a tall, narrow smartphone. The elongated aesthetic is down to the move to a 20:9 aspect ratio on the display — a continuation from the 7T. Adding to that, it barely registers in your palm as it weighs just 180g, but still manages to feel sturdy and solid. There is absolutely no flex or wobble, something that hasn’t been an issue with previous OnePlus smartphones for quite a while now. 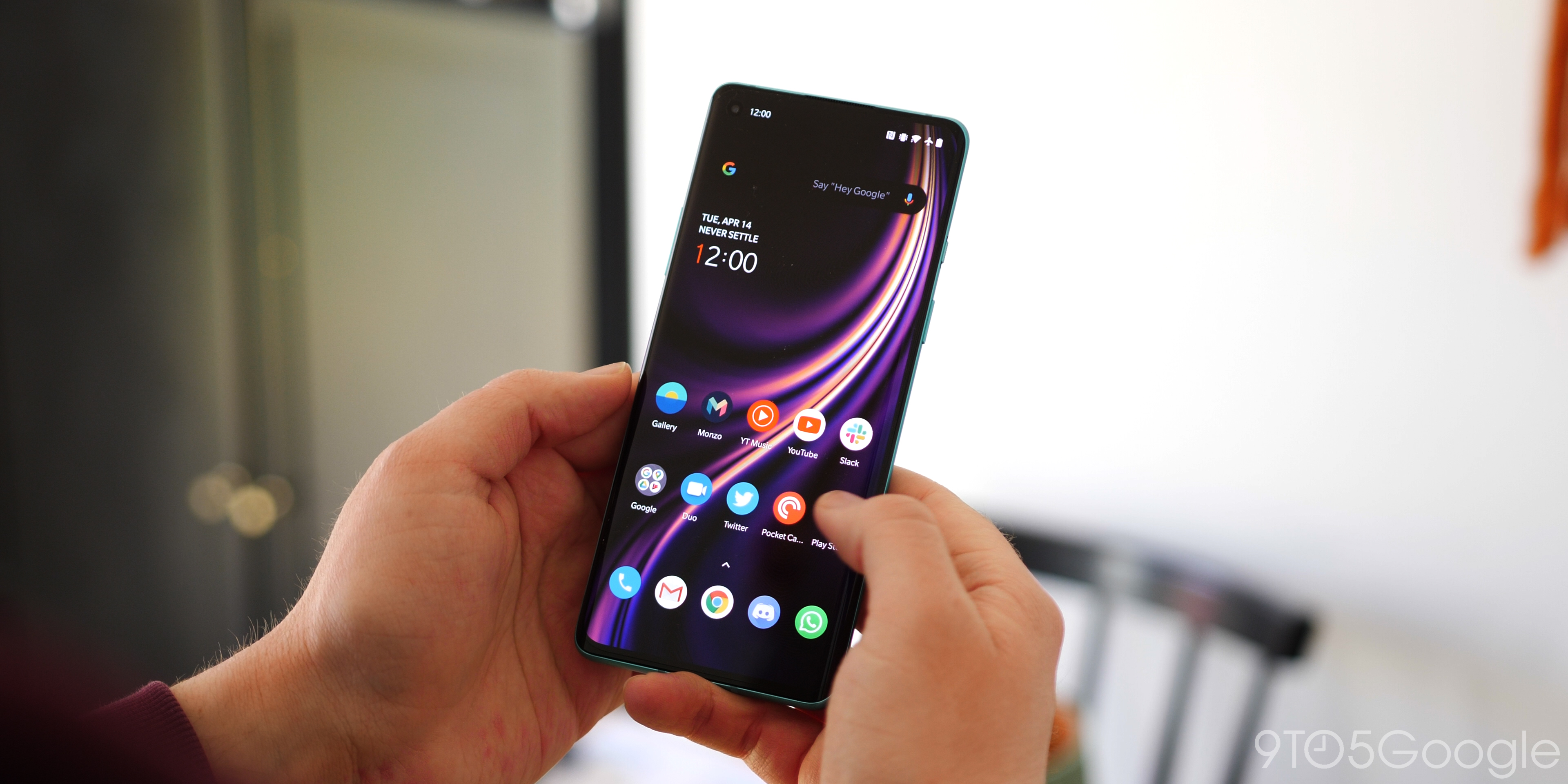 The biggest differentiator between the OnePlus 8 and the OnePlus 8 Pro is the display resolution and refresh rate. You still get an impressive 90Hz FHD+ AMOLED panel in the OnePlus 8, but it doesn’t feel noticeably different from the OnePlus 7T — save the curved edges.

A major concern for anyone even thinking of upgrading might be those curved edges. Curved edges are great to look at but often cause issues such as phantom touches — something OnePlus knows all too well. I too was concerned, but the actual workable display area is mainly focused within the flat portions of the display. This makes it feel almost trapezoid in its execution, with only a very faint sliver of display actually on the curves.

There is a reasonable amount of a bezel at either side as a result. I think anyone that is majorly against a curved display will probably be pleasantly surprised when they see the OnePlus 8 for the first time. I have also come to terms with the upper-left punch-hole display. I personally prefer it to the teardrop notch, as, to me, it feels far less intrusive. You may have a different view entirely. 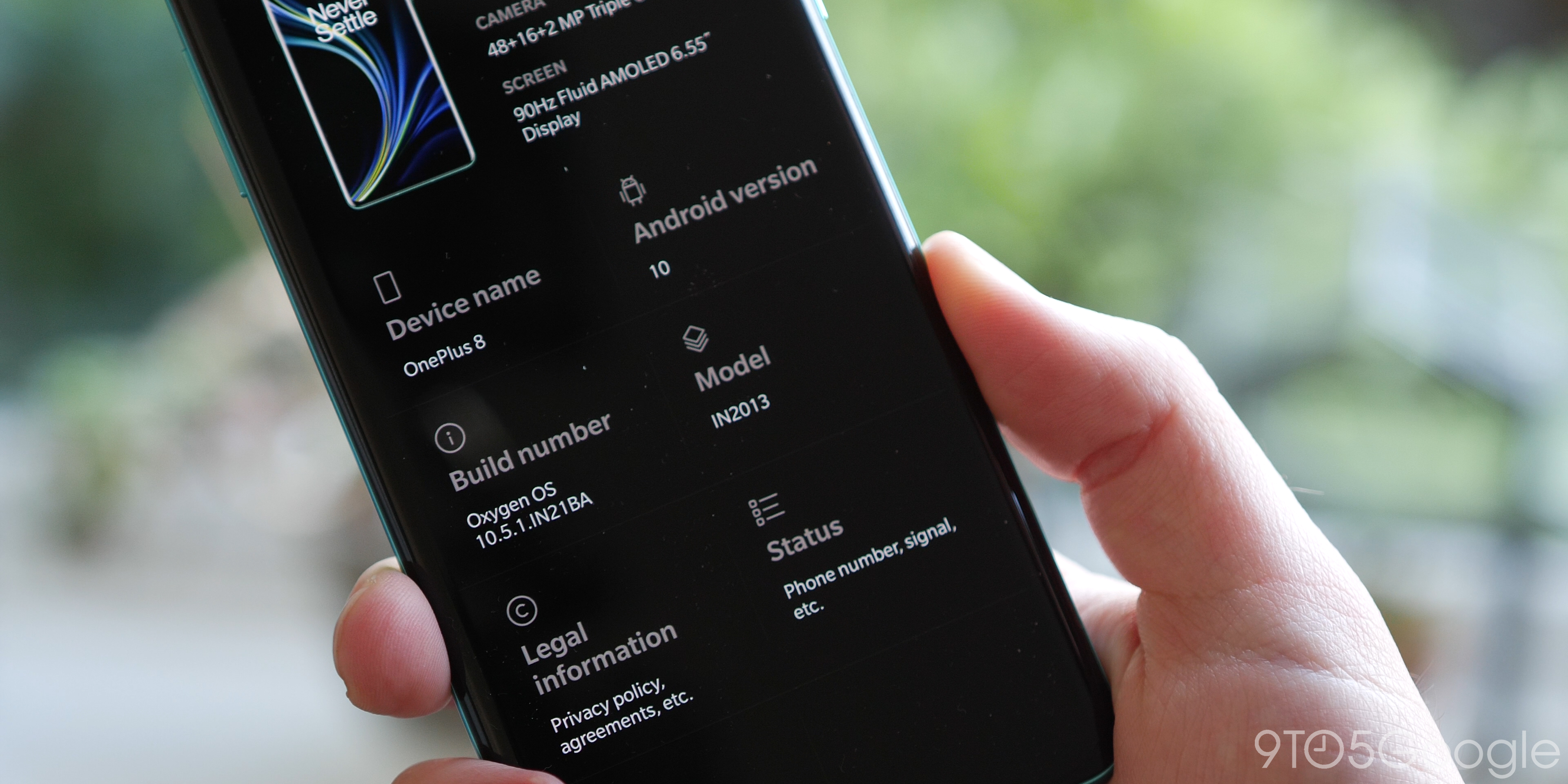 OxygenOS is still one of the best third-party Android skins available, and version 10.5 feels just as good as it ever has. You’d be hard-pressed to find any major new inclusions, although there are subtle tweaks here and there that round off the experience.

There are some cosmetic changes to the status bar, thanks to the addition of a punch-hole notch, plus the slightly updated battery, signal, and Wi-Fi symbols that are seen on Pixel devices. Oddly, you can’t customize these from within the dedicated Customization section.

In no way has OxygenOS ever felt slow, and the OnePlus 8’s internals help maintain the snappy look and feel yet again. I can’t say that there is any major noticeable difference though in how version 10.5 runs compared to previous updates.

An updated Dark Theme that drapes even unsupported apps in an eye-friendly black is about the height of new additions. Many other inclusions have been part of the OxygenOS Open Beta program for some time already. 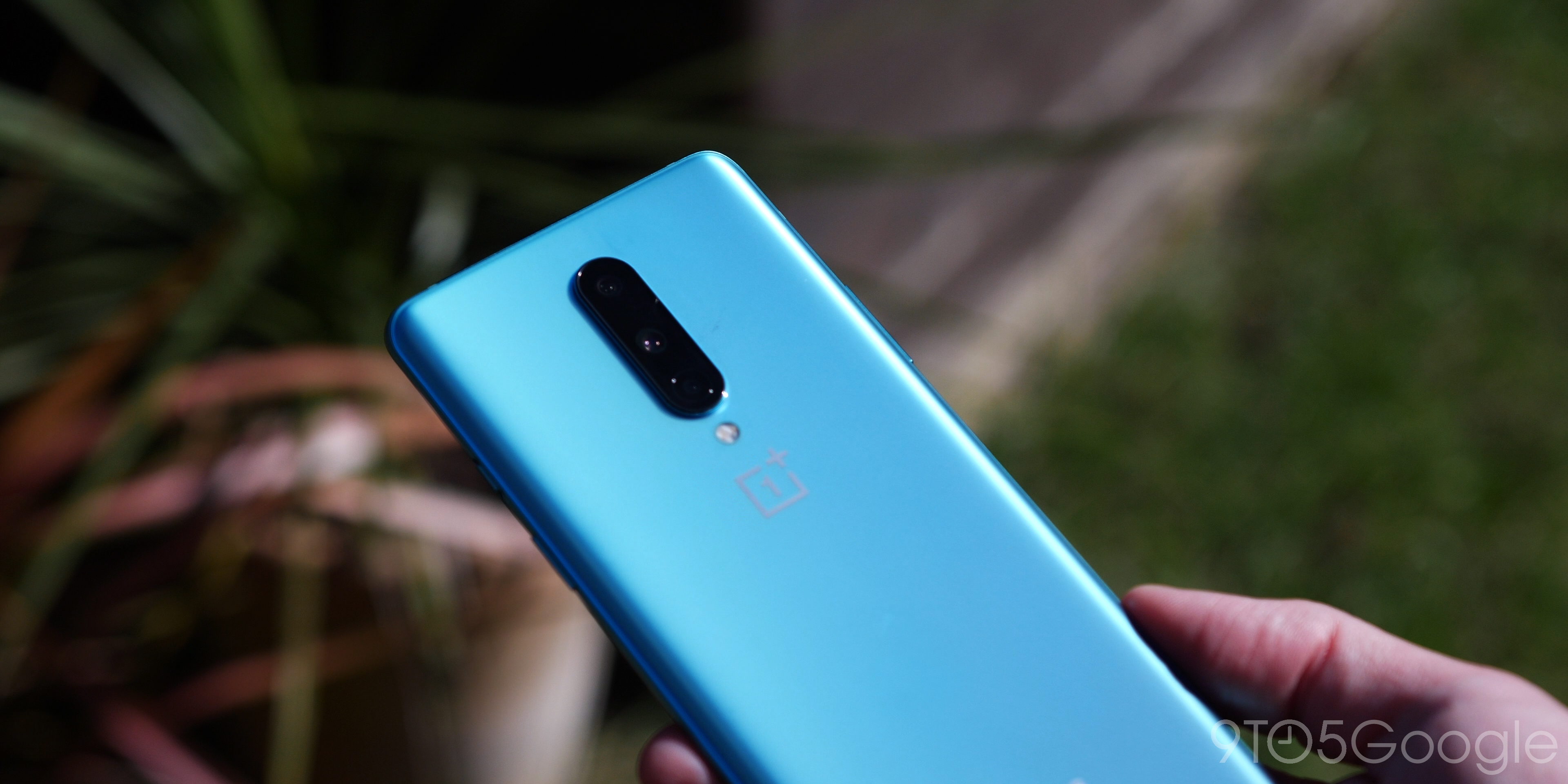 The “big” camera update you might have expected hasn’t surfaced with the OnePlus 8, as this relies on the same “base” camera setup found on the 7T. The major difference this time around is the lack of telephoto zoom lens and introduction of a 2-megapixel macro camera — which doesn’t necessarily make too much sense when the ultra-wide is capable of the same feat.

Having not been able to fully test the photographic capabilities, I’m not entirely sure if the reshuffled setup is a step up from the OnePlus 7T or a step down. However, from what I have seen so far, it’s solid. Images do have some clarity issues when you inspect photos closely. It’s something I really want to be able to delve into at a later date, but current global situations have made it hard to thoroughly test the OnePlus 8 camera capabilities. 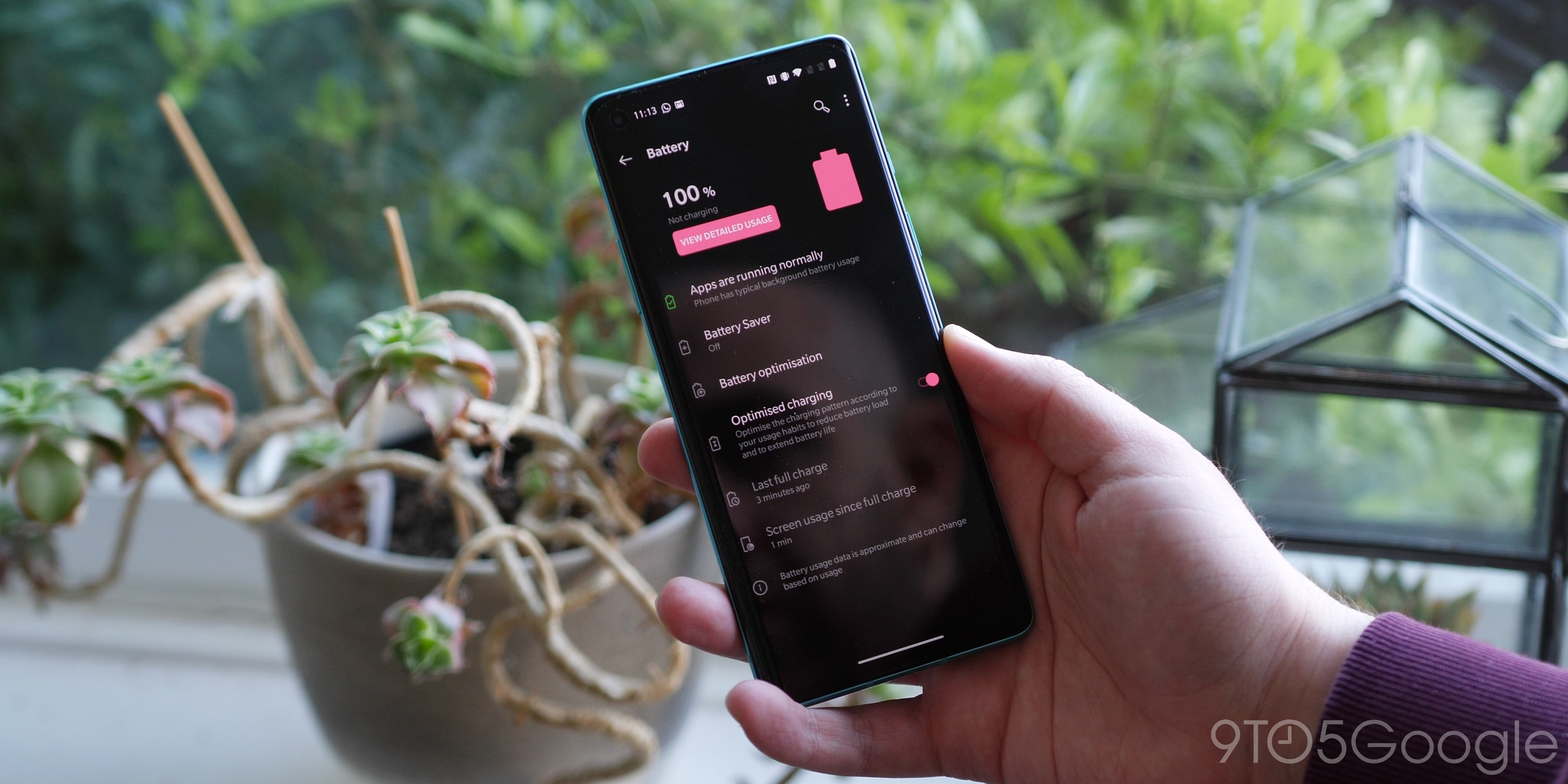 So far, the battery has held up very well. The combination of no real-terms display resolution or refresh rate bump over the 7T but an increased battery to 4,300mAh means long days are not really an issue. I have averaged anywhere from seven to nine hours of screen-on time on a daily basis. That is often a mixture of social media, used as a Chromecast remote, and general browsing over Wi-Fi.

I would have loved to really put the OnePlus 8 through its paces solely on 5G, but access is limited in the UK at present. I imagine that hammering the X55 modem inside would have far more longevity implications. However, I will have to wait until movement restrictions are eased to thoroughly test my hypothesis.

As it stands, the battery seems to be capable of lasting even the heaviest of days. I mean, if you really need 10-plus hours of screen time daily, you can always top up quickly with the Warp Charge 30T power brick — but the lack of wireless charging is really a sore point when the 8 Pro has now received the feature. 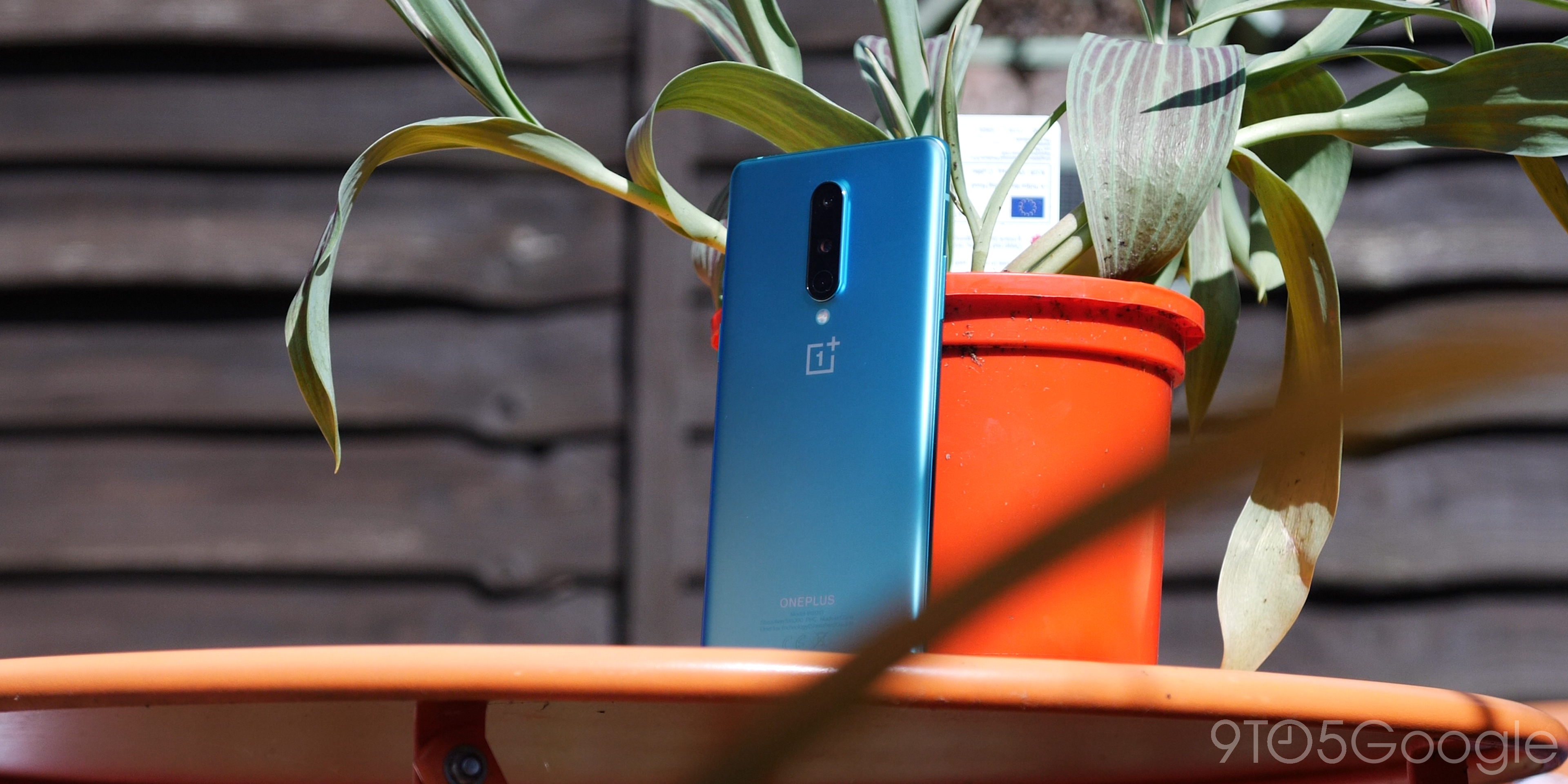 The mantra of constantly seeking the fastest experience is now steadily incurring an added cost to the Android or OnePlus enthusiast. While the OnePlus 8 performs superbly, even at this stage it feels like a half step for those with older devices not quite willing to go “full Pro” with the more expensive stablemate.

With a six-month release cycle, I really feel that it’s becoming harder and harder to clearly see the major differences between OnePlus series devices. As you’d expect, each new model retains the same OnePlus “look and feel,” but we’re seeing a move away from the plucky underdog in the smartphone space, and that means certain omissions are starting to become much harder to forgive.

At this early stage, it’s puzzling to see the removal of certain camera hardware but the design change now ensures that the OnePlus 8 series does feel far more cohesive. It reminds me very much of the iPhone XR in that it gives you just enough of what makes OnePlus phones so good to use, but at a slightly lower price tag. However, that price tag has bloated substantially in recent years. Add 5G chipsets into the mix and you’ve got a phone that looks new but really offers very little over last years OnePlus 7T.

More on the OnePlus 8 series: