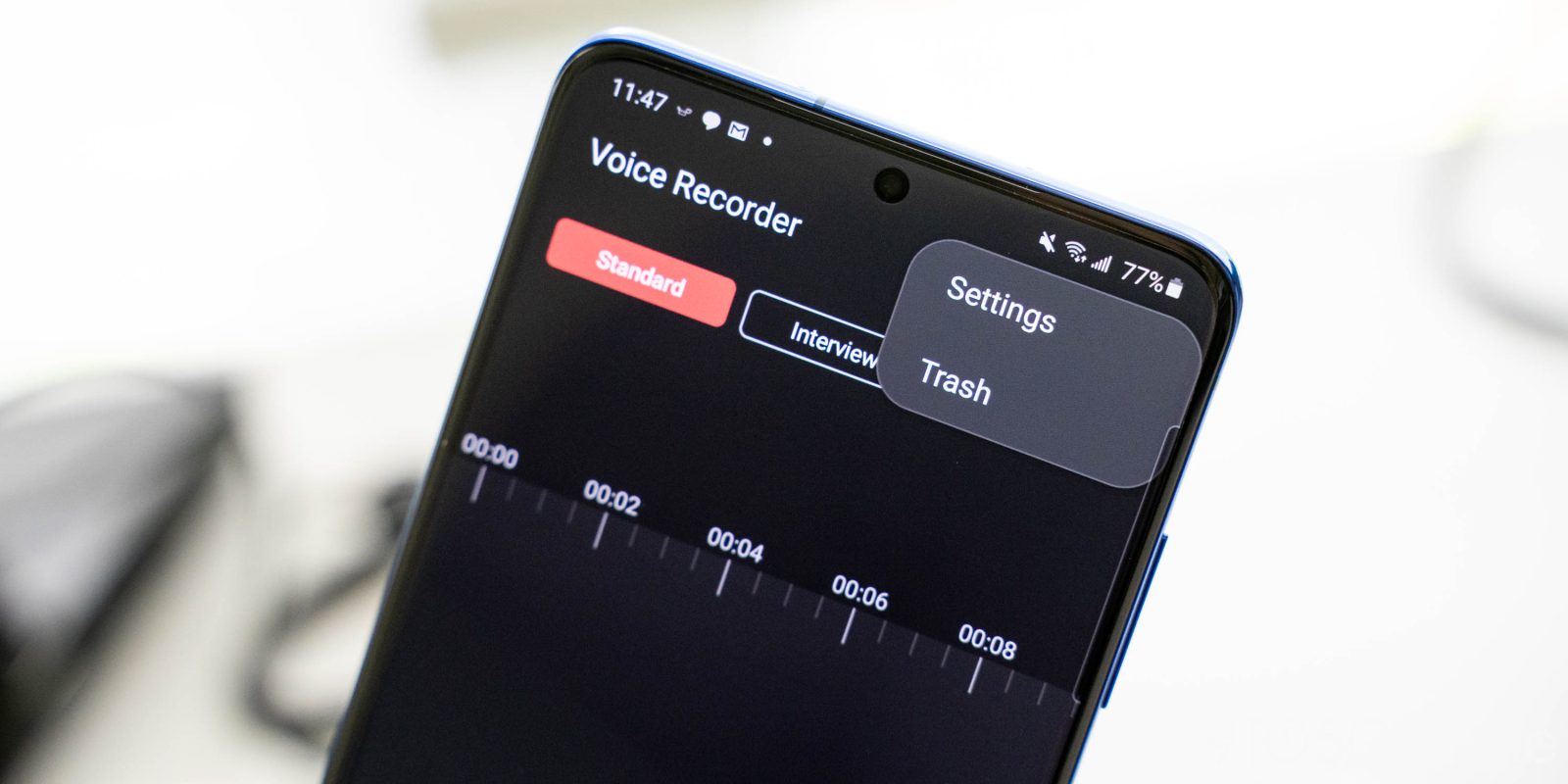 Samsung’s suite of apps for its Galaxy smartphones includes a few useful tools, one of which is a voice recorder. Now, Samsung is updating that voice recorder app with a new “trash” folder which could come in handy for some.

SamMobile spotted an update to the voice recorder app which is rolling out via the Galaxy Store. There’s no visual overhaul or anything here, simply a new option for deleting files.

The new trash option in Samsung’s voice recorder app creates a separate folder — like the Recycle Bin on Windows — which houses deleted voice recordings for a limited time. After you’ve deleted a recording, the app houses it for 30 days before permanently deleting it. During those 30 days, you can restore the file to the voice recorder app.

For those who record a lot and end up deleting files, this could be a savior if you later realize a recording should not have been deleted. The only problem is that, with Samsung’s implementation, the trash function needs to be enabled in the voice recorder settings. Whether you’ve had the app installed previously or not, you’ll need to toggle it on before the trash folder actually works. Otherwise, deleting a recording will act as usual.