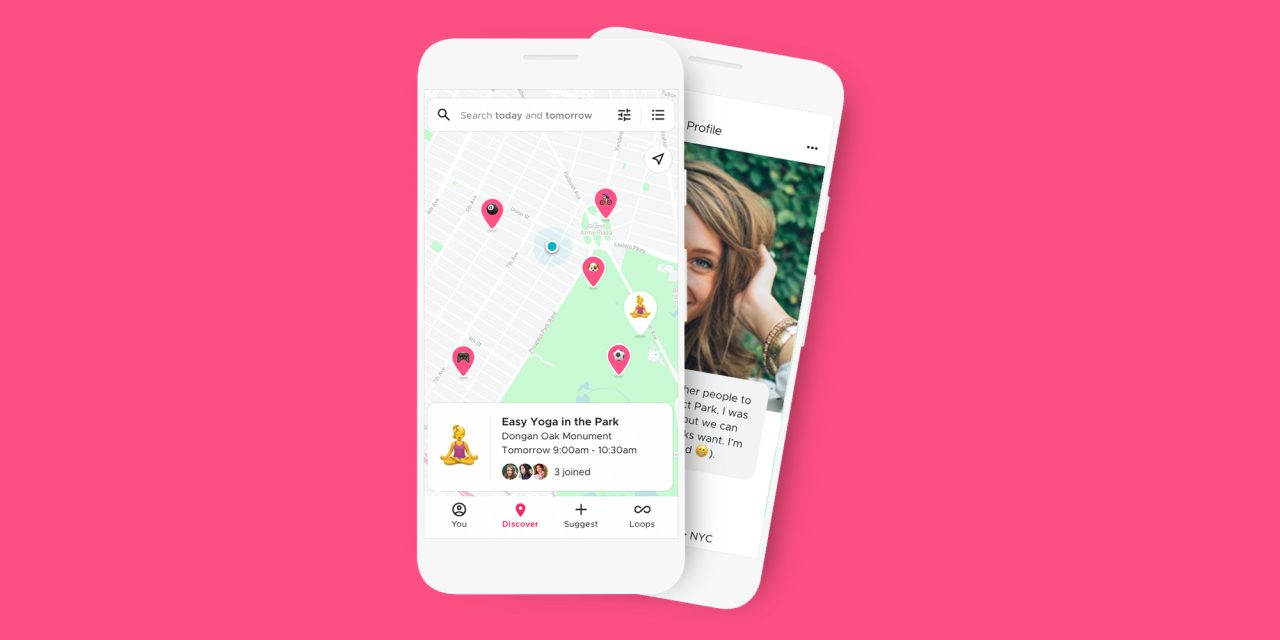 In July 2019, Google’s experimental project incubator Area 120 launched a new local meetup app that would connect users in New York City. Shoelace began as an invite-only beta for iOS and Android, allowing users to plan and attend various activities around town, and potentially make new friends in the process. Unfortunately, as meetups became a thing of the past, Shoelace was forced to hit pause on its operations. Now, an email sent out this morning announces that the project will be shutting down completely.

Around noon today, an email was dispatched to all Shoelace users with the subject line, “An update on Shoelace by Area 120.” In it, the team announces that all Shoelace data will be erased on May 12. In light of the current pandemic, they note, “While we’re very proud of what we have built and learned, the team has decided that now doesn’t feel like the right time to continue investing in this project.” The official FAQ gives more information on what you can expect. If you’re an active user, you can access your account up until the deprecation date, and a request to download your account data can be made through this Google form.

As it is experimental, Shoelace is not the first Area 120 project to be sunsetted, and it certainly will not be the last. Just last October, the incubator’s Touring Bird project was closed as its team shifted to work on other travel features at Google. The Shoelace team adds, “Most of [Area 120’s] experiments will not work long-term. But teams like Shoelace succeed when we test the limits of our ideas and learn something new.” Still, other projects have seen sizable success, such as the Rivet app for teaching children to read. 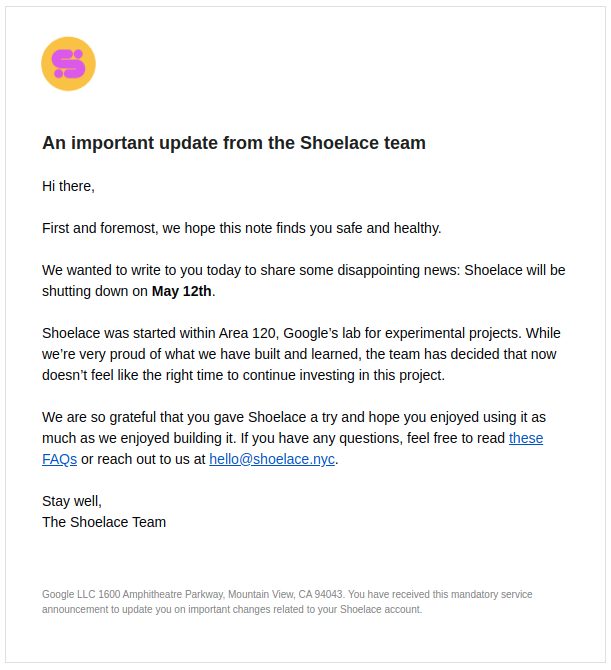 Since its advent in 2016, Google’s testing space has proven to be an environment of innovation, breaking into areas that the company has not visited before. As experiments like Grasshopper and Pigeon continue to expand, they begin to exceed the bounds of the incubator. We hope to see more projects like these down the line as Area 120 continues to develop and experiment.