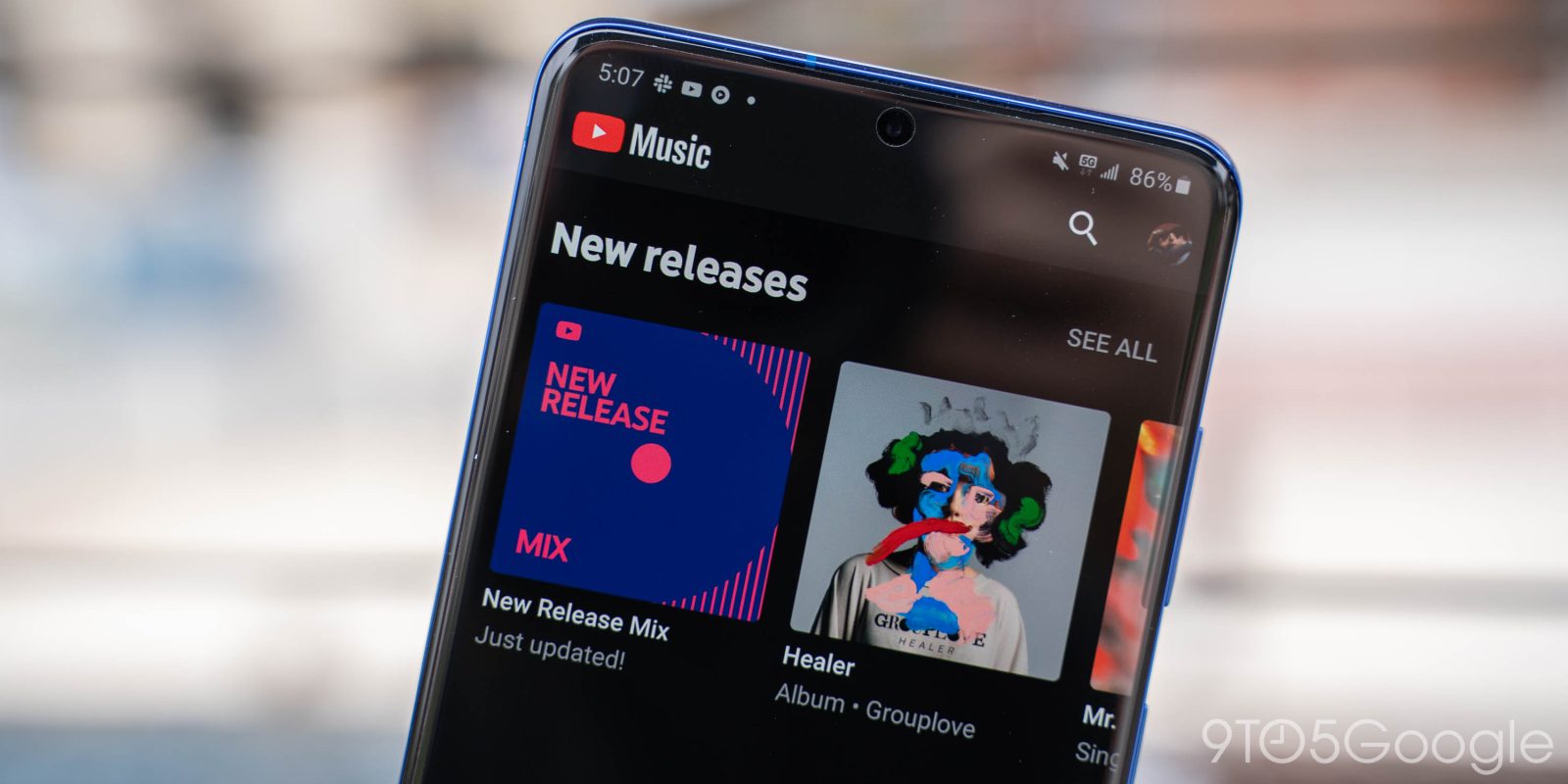 YouTube Music has seen a number of changes in recent weeks ahead of Play Music’s eventual deprecation. The latest tweaks how the YouTube Music Library is organized by separating “Subscriptions.”

Once rolled out, YouTube Music’s “Library” tab gains a new “Subscriptions” section at the bottom. The app also offers a prompt the next time you open “Artists”:

Primary artists on albums and songs in your library will show up here. Artists you subscribe to are listed under subscriptions.

Today, the “Artists” view only shows musicians and bands that you’ve manually hit subscribe on. Under the new system, that section will group together all the artists from any song or album that’s added to your library.

This provides you with a new way to browse your music, instead of needing to go directly to the “Songs” or “Albums” sections. Those that want the previous organization can still visit “Subscriptions.”

Meanwhile, the “Songs” view has also changed so that “songs from your albums will now show up here.” It’s no longer limited to individual works you’ve liked, while songs can now be directly added to your library — without being liked and influencing recommendations. In fact, the long-press menu has been tweaked to let you quickly thumbs up/down.

YouTube Music’s new approach to its Library and Subscriptions is near identical to Google Play Music’s. It addresses the pain point of YouTube Music being too video-inspired given its YouTube origin.

Like other new features, this change is not yet widely available for all YouTube Music users and rolling out via a server-side update.

Update 4/28: As of today, this “Library” change is more widely rolling out on Android, iOS, and the web. Visiting “Songs” and “Artists” will prompt users about the change, while the updated overflow is also seeing expanded availability.