The Google Play Store on Android and the web is seeing a partial outage this evening. Key parts, like the homepage, are down for some users this evening, though they’re still able to download apps.

Reports about the partial Google Play Store outage started at 4 p.m. and picked up in frequency at around 6 p.m. PT. For some on Android, the homescreen tabs for Games, Apps, Movies & TV, and Books are returning server error messages. Users cannot see the carousels of content recommendations and suggestions.

Another common issue affects the “My apps & games” section. Some users are not able to see available “Updates” or the “Library” of what was previously purchased and installed. App recommendations are also impacted.

Google Play on the web is facing a related issue where content on the homepage will not load. On the team, we’re see issues in the US and France, while Down Detector reports a similar spike in incidents. 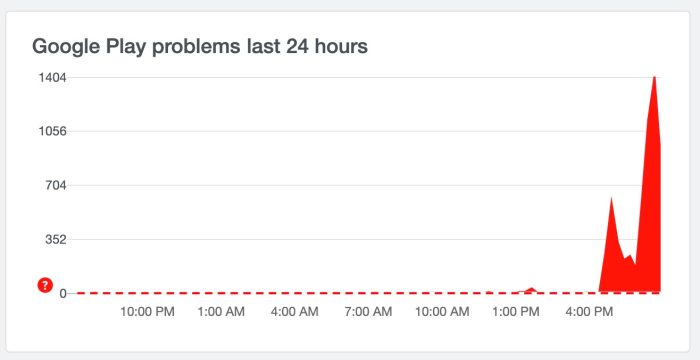 Despite the issues, there are currently no reports of app downloads being impacted. Content purchases are also still possible.

One fix that appears to work is tapping the “Retry” button, while closing the Android app entirely is also a remedy. This Google Play Store outage is quite inconsistent and there is no wide failure. You might encounter an issue with one part of the app and see it resolved a moment later, only to have another component break.