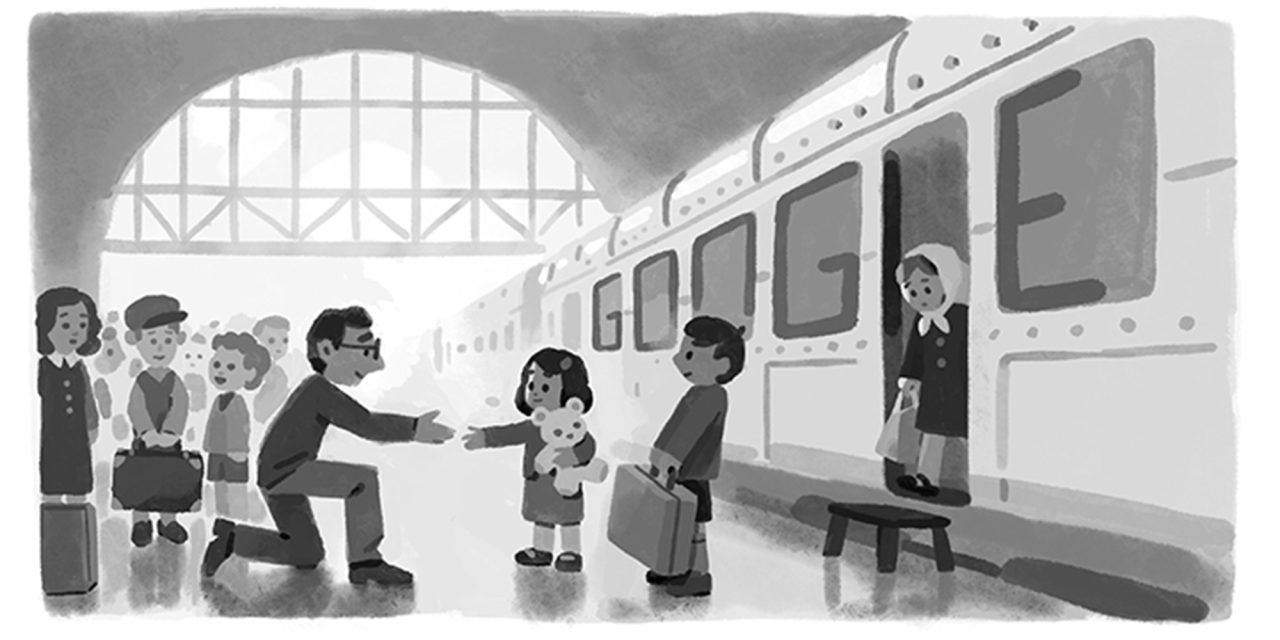 The latest Google Doodle for those of us in the UK and Canada celebrates the 111th birthday of the “British Schindler” Sir Nicholas Winton.

The incredibly modest Briton passed away aged 105 in July 2015, but is credited with saving the lives of over over 600 children from German-occupied Czechoslovakia in the lead-up to World War II by helping them escape the Nazi regime.

In December 1938, he was called to Prague by a friend, Martin Blake, who was there helping refugees of the German occupation, including politicians, intellectuals, Jews, and Roma. This effort, spearheaded by Doreen Warriner, was to evacuate to safety those who had fled from the borderlands (called Sudetenland) of Czechoslovakia when German forces had occupied the region after the Munich Agreement in September 1939.

While in Prague, Nicholas witnessed the suffering of the Sudeten and German refugees who were living in atrocious conditions in camps set up around Prague. He decided he had to help and drew up a plan, with the encouragement of Doreen Warriner, to try and bring endangered children, most of whom were Jewish, to safety in Britain.

The British government had agreed in November 1938 to allow Jewish children from Germany and Austria into the UK on a Kindertransport, but Czechoslovakia had not been included in that scheme. Nicholas obtained Government permission to bring Czechoslovak children to safety on condition he found a foster family and a repatriation bond of £50 (approximately $3,000 today) for each child. With the help of Trevor Chadwick, an English schoolteacher, and other volunteers, he organised eight transports bringing 669 children to the UK through the spring and summer of 1939.

He set in motion a huge rescue effort to save primarily Jewish children from the threat of German occupation in present-day Czechia by transporting them to Britain. The dangerous operation required Winton and his collaborators to find homes for the children with British families, raise money, bribe officials, and even forge documents. In March 1939, the first train left Prague, and over the next few months, a total of 669 children were rescued to safety. 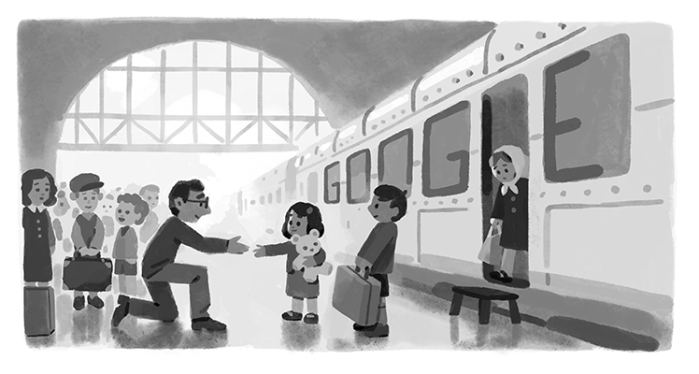 An incredible human being, Nicholas Winton kept his heroics secret for nearly 50 years. The world knew nothing of what Winton had done — not even his wife. However, that all changed in 1988, when Mrs Winton discovered documents in their attic referencing the daring rescues of some 600 or so children during the World War II. She had been researching for the BBC television programme “That’s Life” — which Nicholas was set to feature in.

Nicholas Winton’s primary legacy is the 669 children rescued and their descendants: approximately 7000 people who are alive today because of that Kindertransport. However, his story is also about individuals taking action when a need is seen, and his family believes his legacy is also one of inspiration.

In 2003 he was knighted by Queen Elizabeth II for “services to humanity, in saving Jewish children from Nazi Germany occupied Czechoslovakia”. To add to that title on 28 October 2014, he was awarded the highest honour of the Czech Republic, the Order of the White Lion (1st class).

Despite his endeavours to help the Jewish population in Nazi occupied Eastern Europe during World War II, he always protested that he only did what anyone would have done had they witnessed the conditions in those refugee camps in 1939. Sir Nicholas Winton continued to do charity work help others throughout his later years and believed it was the most satisfying and meaningful way for anyone to spend their time.