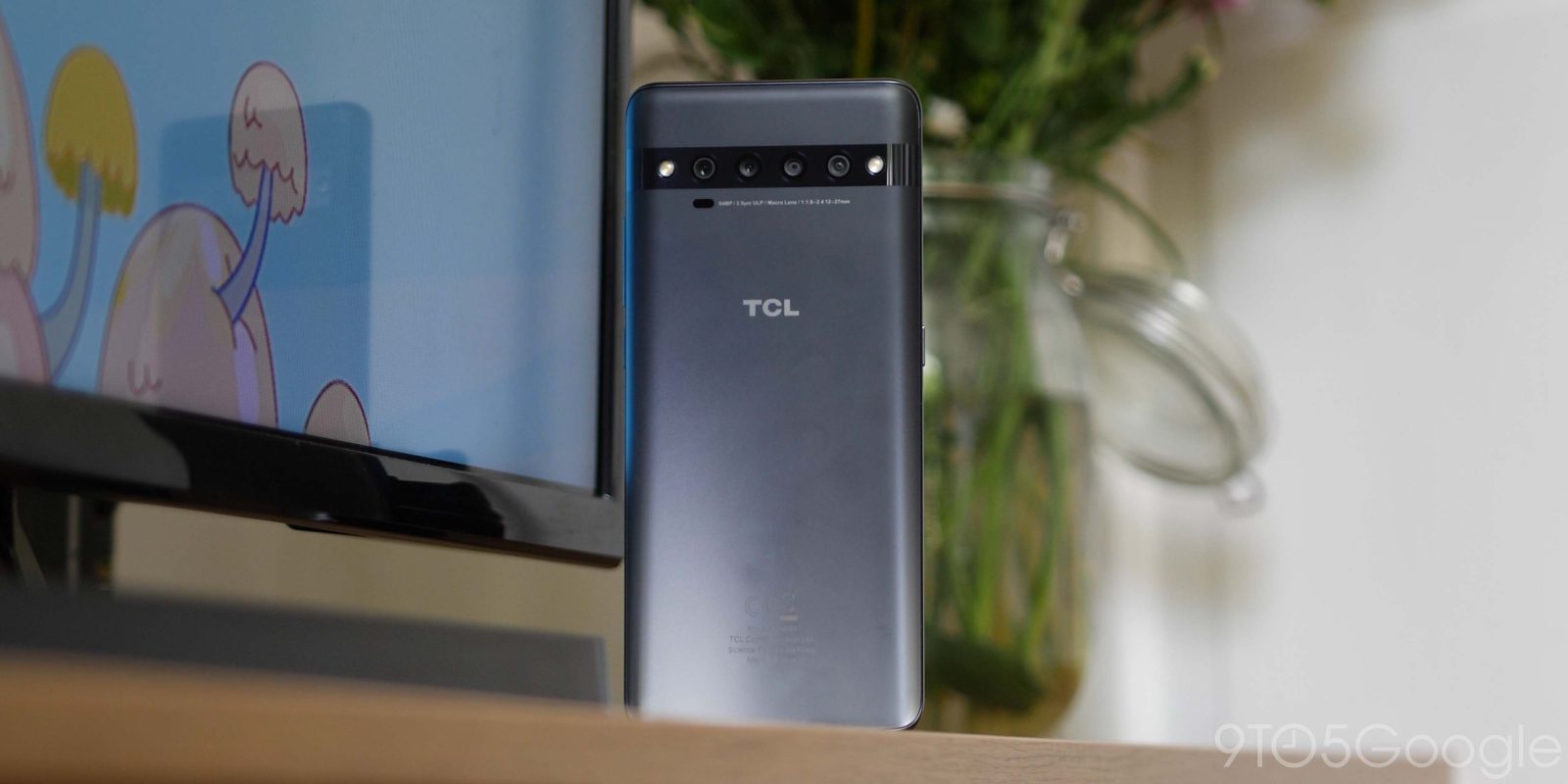 TCL might be better known for making TVs or selling rebranded devices with the Blackberry or Alcatel logo, but now they are hoping to take on the mid-range with their own 10 Pro.

Making the jump from behind the scenes to the main stage is a difficult one; heck, Google has found that to be the case with their own hardware attempts. TCL isn’t attempting to take on the high end of the market like Google, though.

From just a pricing perspective, the TCL 10 Pro is toward the upper end of what we would consider “mid-range.” Where bigger brands have struggled, TCL is banking on device build and aura to help them slot firmly into the ever-growing mix of mid-range Android OEMs vying for our attention.

With the Pixel 4a set to enter the fray in the coming weeks (or months), it’s not clear just where the TCL 10 Pro will find itself. It appears the competition has been seriously hotting up in the sub-$500 price bracket for a while now, and probably more so than at those wallet-searing $1,000+ price points. Luckily, at this stage, it’s actually hard to pick up an objectively “bad” smartphone, even at lower prices.

Bearing those somewhat obvious talking points in mind, we’ve spent some extended time with the TCL 10 Pro to learn just what it brings to the table. Here’s everything you need to know about this brand new “borderline” budget smartphone. 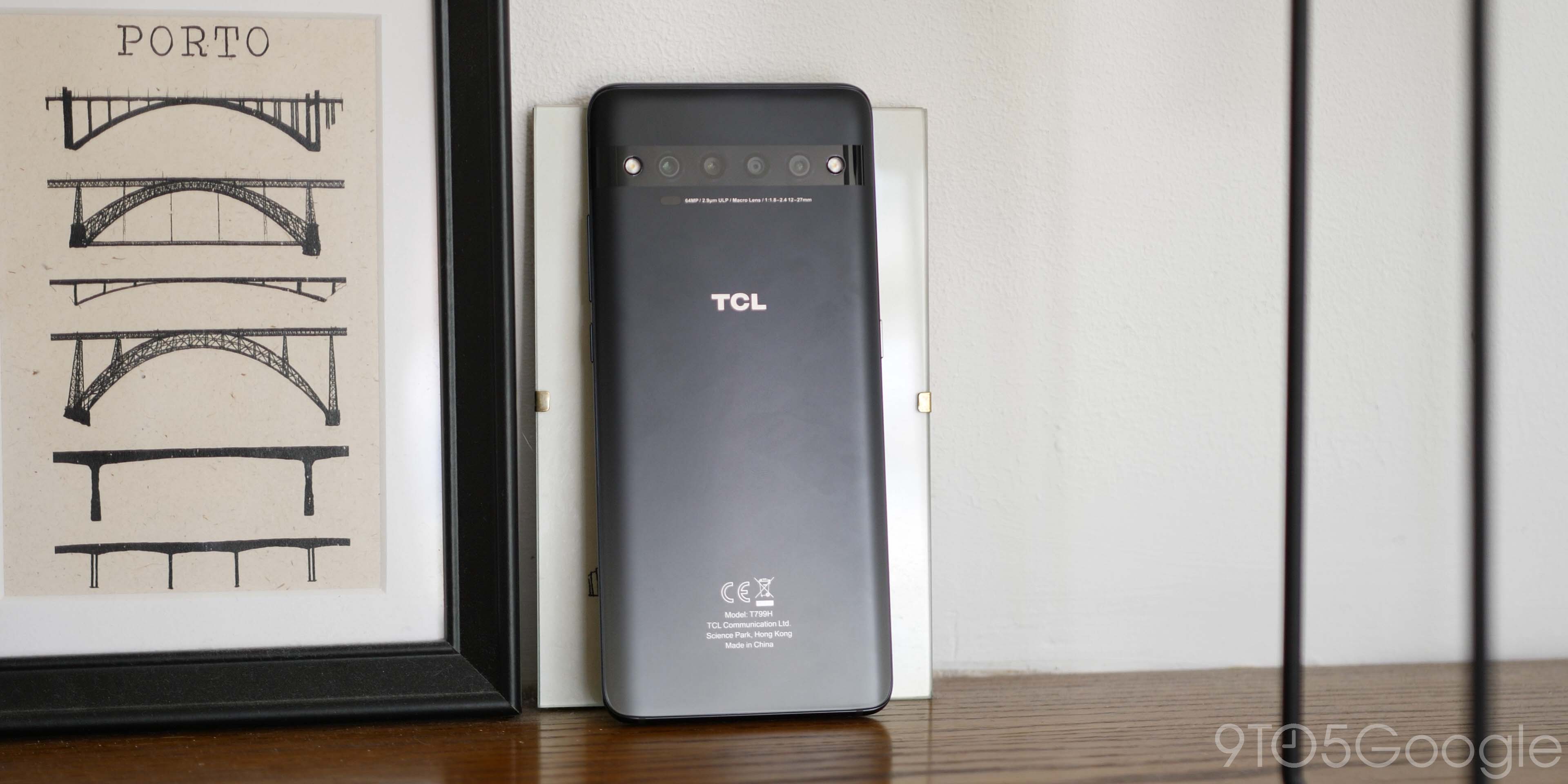 At first glance, you could be forgiven for thinking this was a “high-end” smartphone. TCL has done a superb job with the design of the 10 Pro, especially when you consider that plastic is still quite a commonly used material in the same price bracket. For whatever reason, an all-glass and metal design still “feels” more premium than polycarbonate — and that is true here.

The standout inclusions happen to be the large 6.47-inch FHD+ OLED display. It’s genuinely refreshing to see such a nice display on a phone that — relative to the competition — costs so little. It’s bright, vibrant, and has great viewing angles. It does have a dewdrop notch, but the bezels are relatively small on all sides.

Internally is where some of the obvious savings have been made, as the TCL 10 Pro comes with the Qualcomm Snapdragon 675 chipset and 6GB of RAM. It’s by no means blazing, but it’s good enough to do almost anything you can throw at it. TCL made the smart decision to make 128GB the base storage model, so you’ll have plenty of space for games, apps, images, and videos. Should that be an issue, you can always slap a microSD card in there, too.

You also get a headphone port and IR blaster (remember those?) on the top bezel. There is even a dedicated Google Assistant button on the left-side bezel, too. That has been a little source of frustration as I find it a little too easy to activate at times. I disabled it pretty soon after it became apparent that it might pose problems auto-activating in my pockets — although it can be altered to trigger the flashlight or even take a screenshot.

I do really like the design, though, especially at the rear. The quad-camera setup is aligned in a visor-like strip, but the kicker here is that it’s completely flush with the body. There is a ver, very minor bump courtesy of the dual-LED flash modules either side — which is itself a unique design choice.

Overall, the TCL 10 Pro is a fantastic package that belies the price tag. The highest compliment I can bestow is that you could easily confuse it for a much more expensive smartphone. If TCL can continue with such high standards, we might end up reaping the benefits of competitive hardware design at a low price. 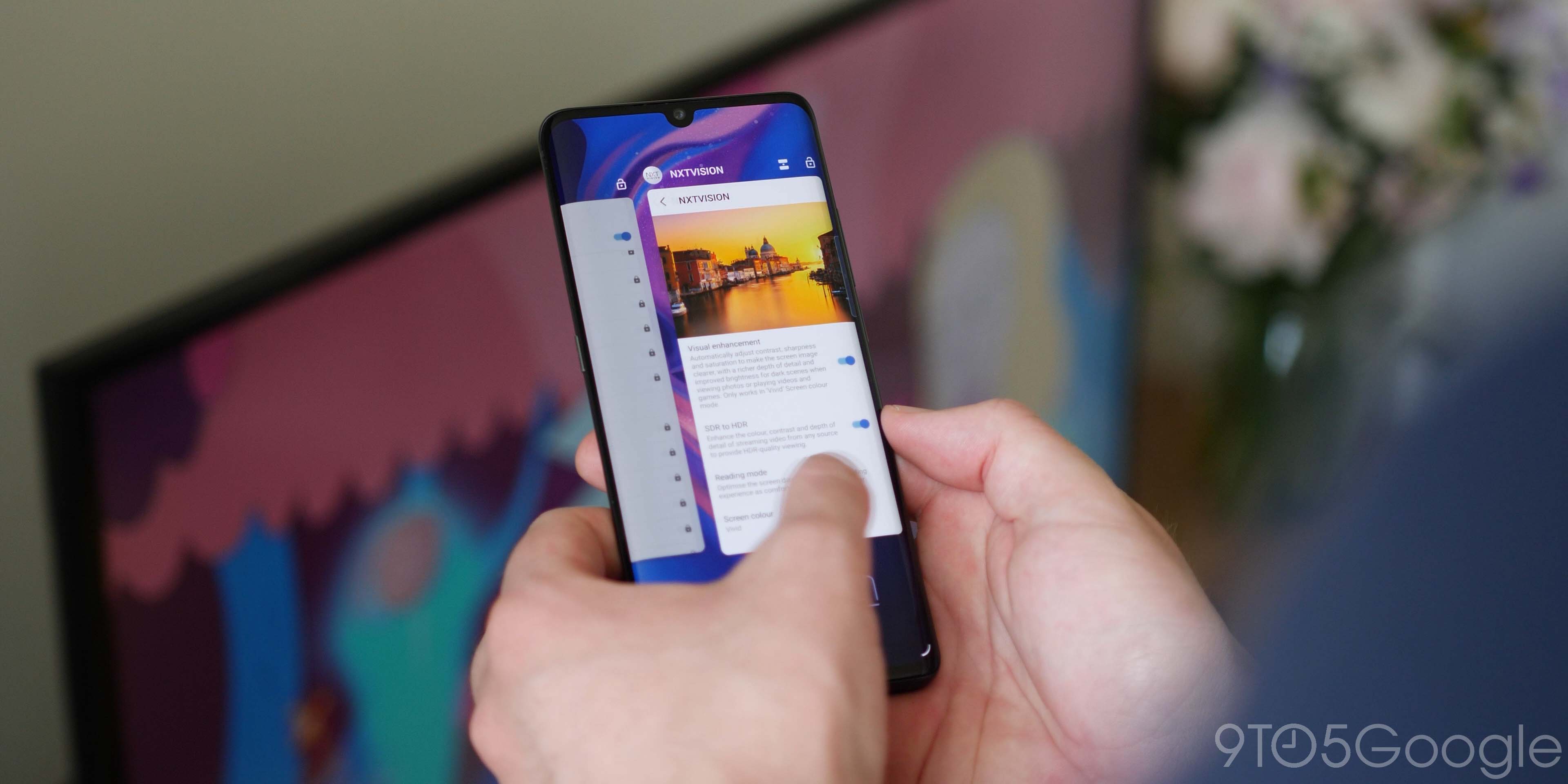 Let’s talk about the elephant in the room right up front here before we even discuss the software. The TCL 10 Pro is only “confirmed” to get one major OS update. Yes, a solitary upgrade. Even at under $500, that is a gut punch.

We can talk about how nicely a device runs, but if the company are unwilling to upgrade buyers for longer than 12 months — which will actually be less than that when you consider that Android 11 is due within the next four months — it’s a sad indictment of a product. There is some hope, though, as you will get “consistent” security updates for a while.

However, what we have already is reasonably solid first “proper” attempt at making a mid-ranger. The TCL 10 Pro does have some bloat, which is not exactly ideal, but nor is it a deal-breaker. I didn’t see any performance dips as a result of the TCL skin atop Android 10, which was somewhat surprising.

Generally, it felt no different to any of my other Android smartphones, once I had the phone catered to my own taste, I found it to be slick, smooth, and consistent. I was cautious to try out some of the most demanding 3D gaming titles, but I honestly couldn’t see any major discrepancies between the TCL 10 Pro and my Pixel 4 XL, save the higher refresh rate.

For just about anything, you’d want to accomplish with a smartphone or apps you’d likely be running, the Snapdragon 675 found in the TCL 10 Pro will be more than enough. I haven’t been able to spot any major slowdowns except for a couple of Google Play Store crashes when applying a system update. 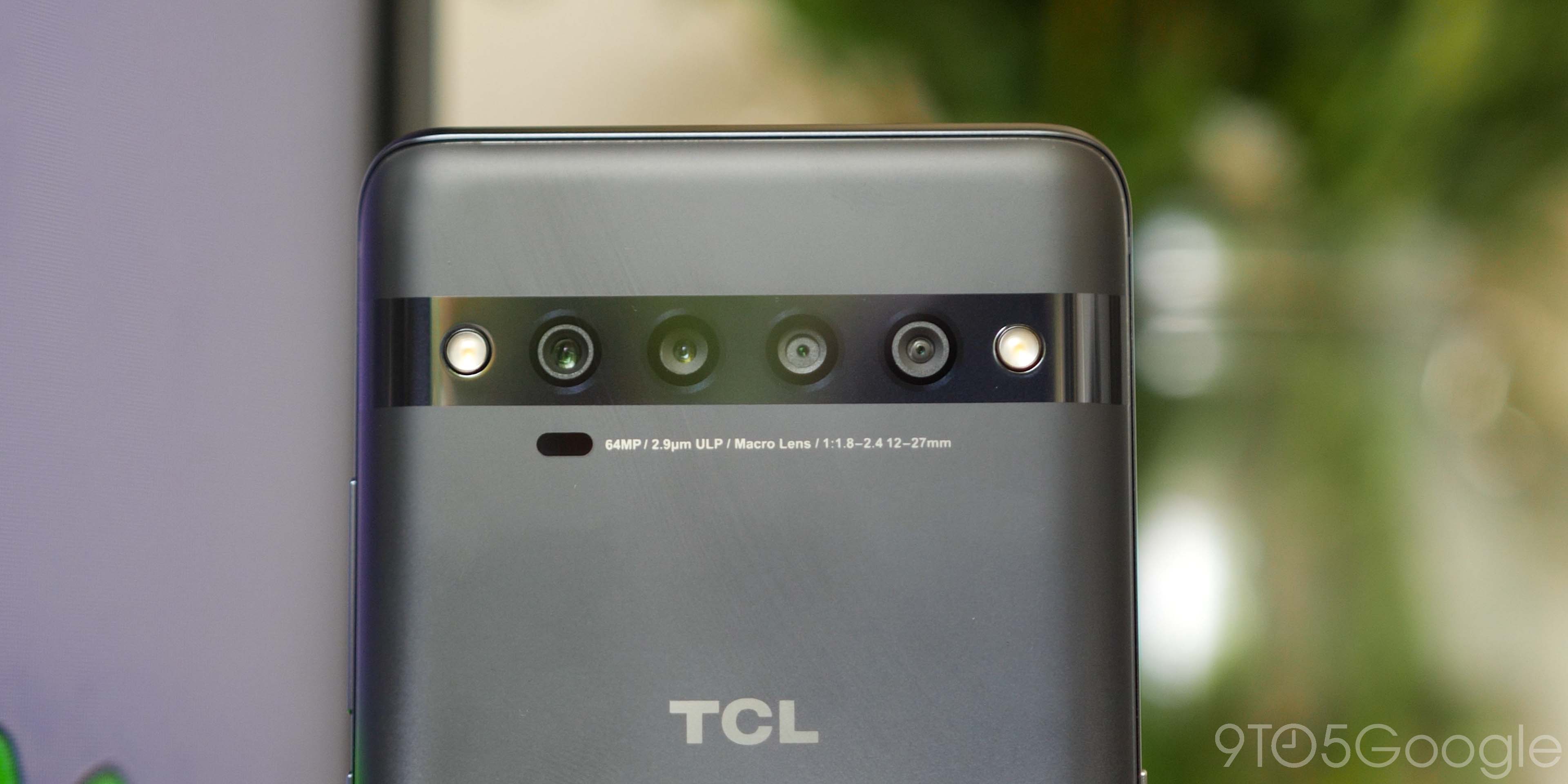 By default, all photos taken with the TCL 10 Pro are watermarked, which is something you’ll definitely want to disable right out of the gate. The post-processing can ruin some shots — particularly when zooming — but overall, I think images are pretty much right in the middle of the quality spectrum at the sub-$500 price bracket.

I mentioned that the lack of camera bump is an awesome design decision, but the actual number of lenses is also a great bit of foresight from TCL. The TCL 10 Pro comes with four distinct focal lengths to play around with, which proves to be one of this camera system’s real strong suits.

Images are very impressive, given that this is technically one of the first TCL smartphones to hit the market. It doesn’t quite match up to the Pixel 3a or even the iPhone SE, but it wins with flexibility, and images are not quite as sharpened as you see from other cheaper devices lacking in the camera hardware stakes. Expect the saturation of your photos to be dialed up quite extensively, though.

I’ve been particularly impressed with the portrait mode, as the result is often far better than similarly priced devices. Selfies too are another area where you won’t be disappointed. One notable addition is that of a Night Mode, which does require some patience. The long exposure mode is pretty solid, but does take a while to process images. 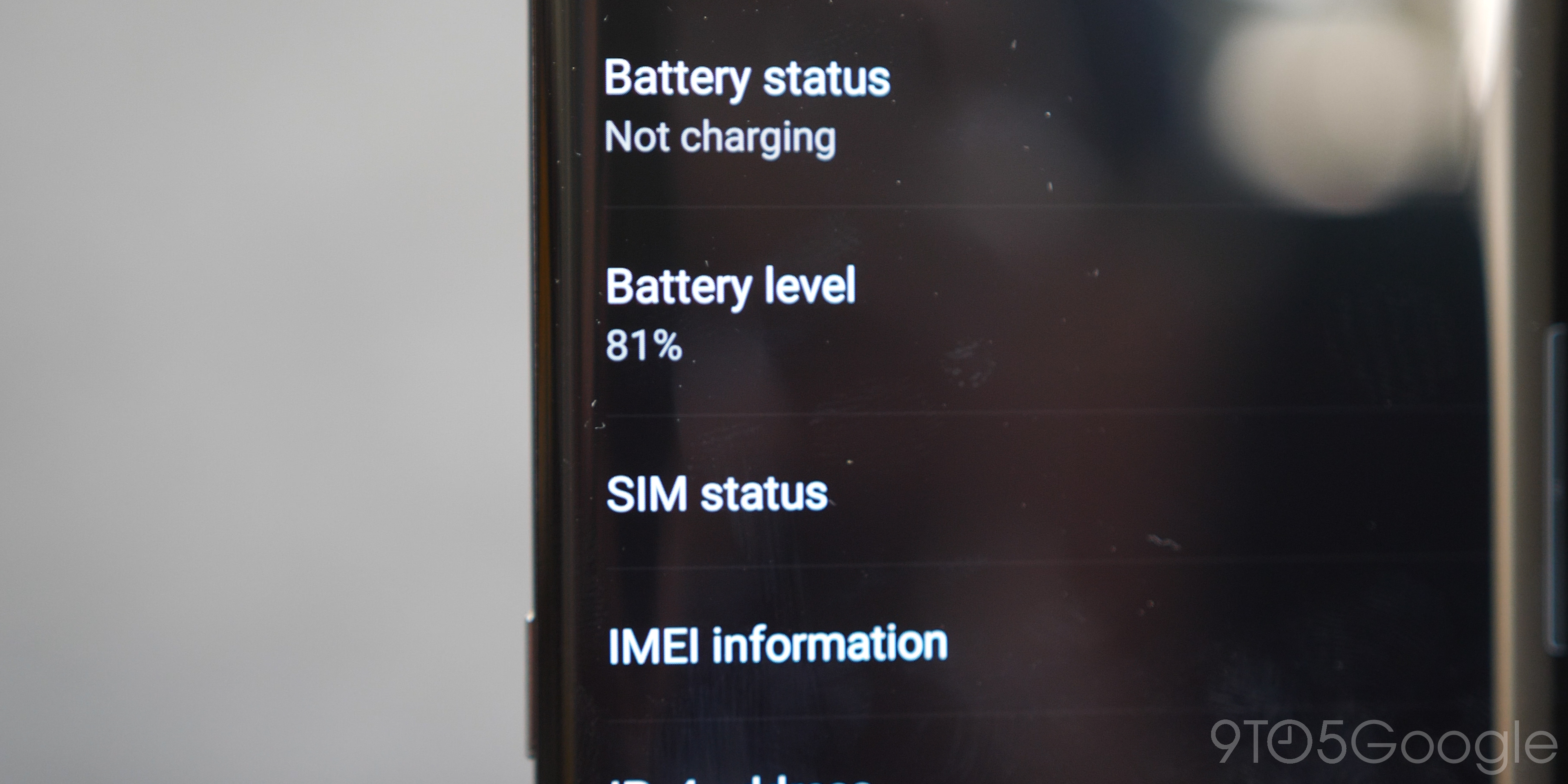 Long battery life is one area that affordable smartphones really seem to hit at this stage. Even with an impressively large and vibrant FHD+ display, the TCL 10 Pro doesn’t appear to suffer, thanks to the 4,500mAh battery tucked inside.

Even heavy usage is not a problem, as the lower-specced chipset ensures that things don’t boil over and start sapping the cell packed inside. There is no wireless charging, which is a bummer, but the 18W fast charger is fine for topping up the battery, in my experience. 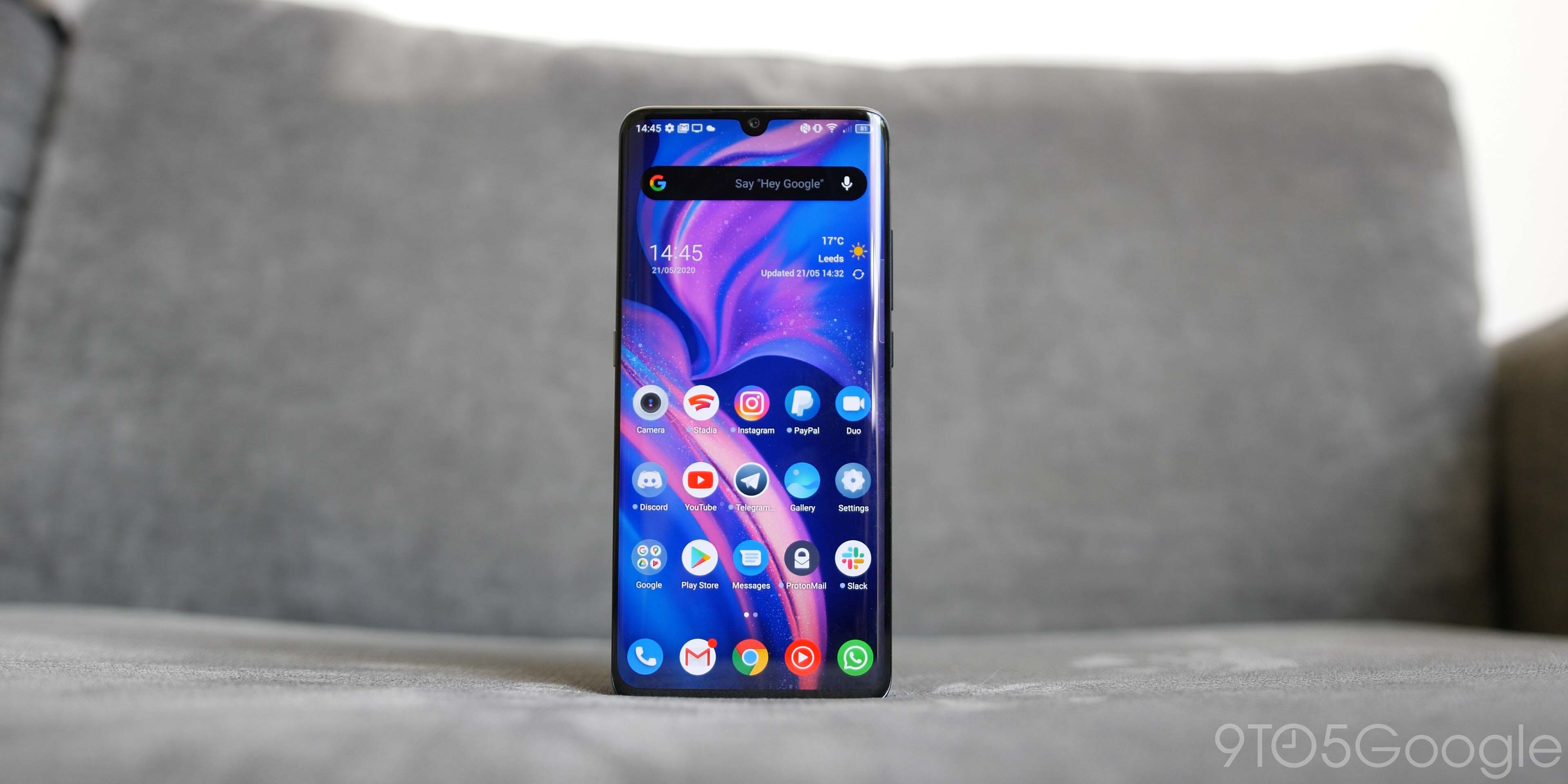 The TCL 10 Pro feels very much like a premium smartphone. However, there are some little annoyances in the performance that ultimately take away from the experience. The fit and finish is impressive, but ultimately, there are some better overall options in or around the same price tag that make the TCL 10 Pro hard to wholeheartedly recommend.

As we mentioned right at the top of this review, if the Google Pixel 4a comes in under $350, it’s going to take a heck of a beating based upon what we already know so far and given just how good the Pixel 3a was last year. You can get “build” this good from the iPhone SE, too, but this is one of the best displays on a sub-$450 smartphone you can buy today. Samsung’s own A51 series is also another competitor for TCL to tackle — while the rest of the world has access to high-quality affordable smartphones from the likes of Oppo, Vivo, Realme, and Xiaomi.

This is still a promising debut smartphone from the firm better known for household appliances, and we have to give kudos to TCL for side-stepping into the budget market to offer something quite refreshing. I would recommend picking it up right now, but some nagging issues around OS upgrades mean that I’m reluctant to give it my full endorsement. However, this is still a great smartphone for the current asking price and might be worth a look if you want a little taster of “premium” at a lower entry price tag.

Where can I get the best deal on the TCL 10 Pro?

You can pick up the TCL 10 Pro at Amazon, Best Buy, or directly from TCL USA for $449 shipped.