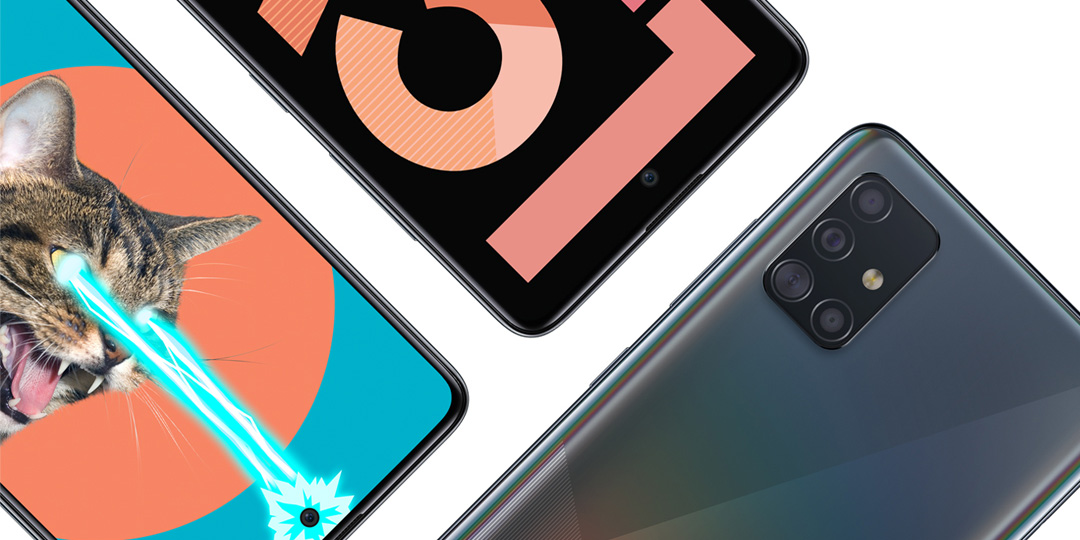 Save big on a number of Samsung devices today including the A51 smartphone, Galaxy Smartwatch, and the Tab S6, all at near or new all-time lows. Hit the jump for all that and more in the latest 9to5Toys Lunch Break.

Samsung A51 128GB Smartphone is down to new low

Amazon offers the Samsung Galaxy A51 128GB Android Smartphone for $289. That’s down from the usual $330 price tag. It’s also $9 under our previous mention and the best we’ve seen. Notable features here include a 6.5-inch Super AMOLED display backed by Samsung’s Exynos Octa-Core Processor. You can capture high-resolution images up to 48MP, thanks to a combination of various lenses including a 12MP ultrawide camera.

Amazon is currently offering the Samsung Galaxy Smartwatch at $249 for the 46mm version. Typically fetching $349, today’s offer saves you $100 and marks a new Amazon low. You can also score the 42mm model at $199, down from its $260 going rate and hitting a new Amazon low. With news that a successor to this smartwatch is on the way, today’s deals offer a great opportunity to score some of the best prices yet before the latest and greatest hits the scene. Samsung’s Galaxy Watch rocks a 1.2-inch AMOLED display, IP68 water resistance, and up to four days of battery life on a single charge. There’s also fitness tracking, heart rate monitoring, and more. Learn more in our hands-on review. Head below for more details.

B&H currently offers the Samsung Galaxy Tab S6 10.5-inch Tablet 256GB for $600. Typically fetching $730, today’s offer is good for a $130 discount, is $30 under our previous mention, and marks a new all-time low. The 128GB model is also on sale for $530, down from $650. Both configurations are available at Best Buy for the same price. Featuring a 10.5-inch AMOLED panel, Samsung has baked a fingerprint sensor into the display and includes a S-Pen alongside support for its 2-in-1 DeX software. So whether you’re looking to write down notes or get work done at a desk, the Galaxy Tab S6 is up for the task.

Amazon offers the Garmin Venu GPS Smartwatch at $300. Usually selling for $400, it had recently dropped to $350 and is now down the extra $50. Today’s offer also matches our previous mention for the all-time low. Centered around its AMOLED display, this wearable packs 5-day battery life, integrates with Spotify and other services so you can rock out while on a run, and more. It monitors the typical roster of fitness metrics, alongside respiration, sleep, and other stats. Shop for more deals from $100.

Marshall Chromecast Woburn Speaker at $100 off

Amazon is offering the Marshall Woburn Multi-Room Wi-Fi and Bluetooth Speaker for $400. That’s $100 off the going rate found at retailers like Best Buy and is neck-and-neck with some of the best pricing we’ve tracked recently. This large-and-in-charge speaker is equipped with all sorts of connectivity features. Examples include everything from Chromecast to AirPlay, Spotify Connect to Bluetooth, and the list goes on. Seven one-touch presets allow you to quickly queue up your favorite “artists, albums and playlists on Spotify or internet radio stations.”