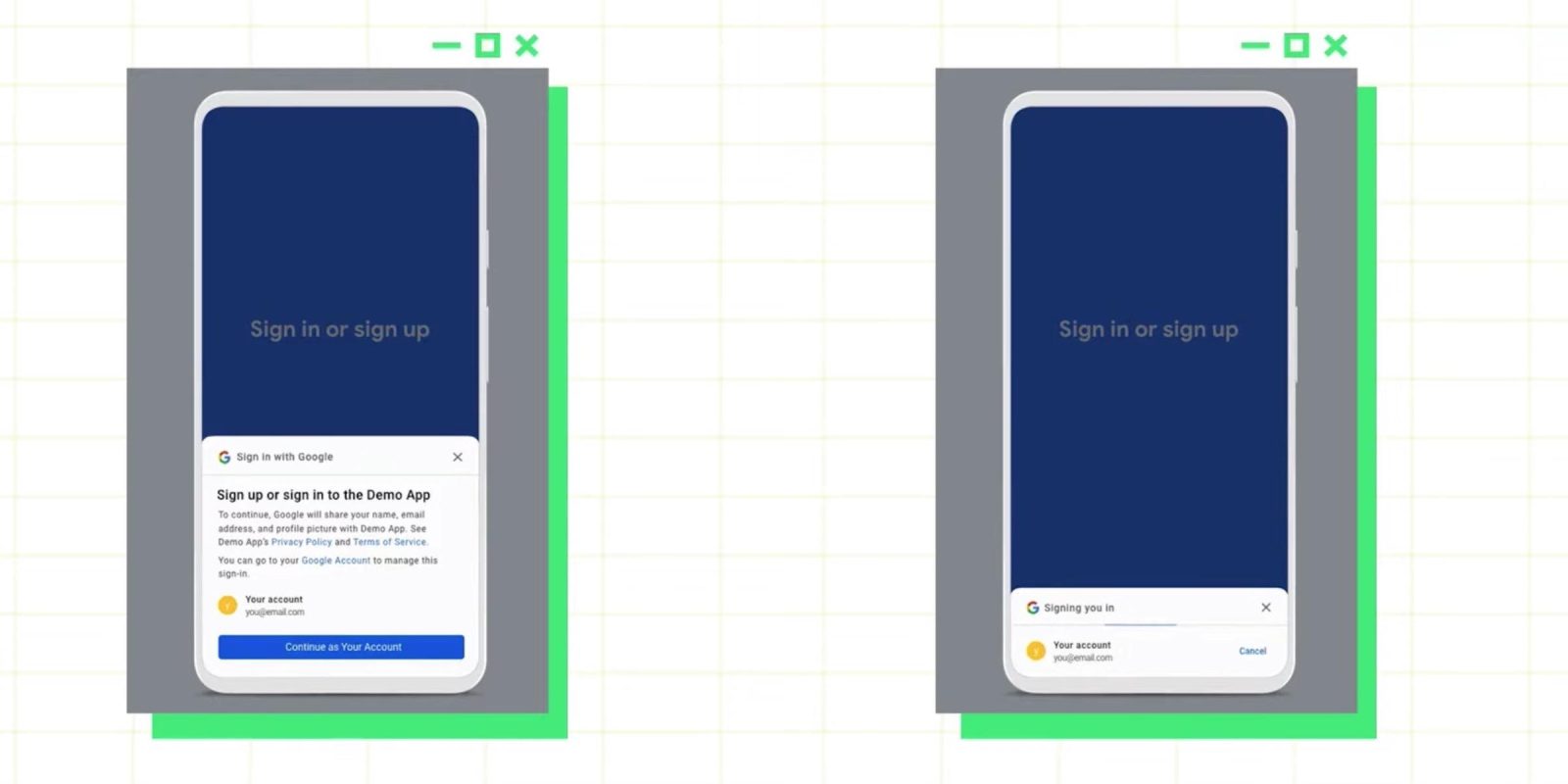 The 11 Weeks of Android kicked off today with “People & Identity” videos and blog posts. In addition to highlighting conversation features this morning, Google detailed what it’s doing to simplify the password process for Android apps with One Tap.

The video starts by recapping how “sign-in can be a challenge” from not knowing whether Google/Facebook was used to forgetting passwords for email-based accounts. The company’s existing solutions are centered around:

However, Google believes there are still two key challenges around “Developer complexity” and not knowing what solution to implement, while end users might not use any of the offerings due to trust or not wanting to set up what they see as another service.

Google is addressing both these challenges with One Tap. Upon opening an app for the first time, users will be prompted to sign up with Google where a “secure, token-based, passwordless account” will be created. It was announced for the web back in 2017.

The UI explains what information users are sharing, lists their Google Account, and has a big “Continue as” button. Users can still enter their own password with One Tap able to save it. On future sign-ins, they’ll be asked to “Choose an account.” Both the Google-backed login and credentials from Android Autofill, Smart Lock, and Chrome will appear in the bottom sheet.

The second part of Google’s effort focuses on improving the “device upgrade experience” of having to sign in to every app when getting a new phone. Block Store is a “secure end-to-end encrypted credential storage solution” for developers where tokens — instead of plain text usernames/passwords — are saved. The token is encrypted and stored locally on device and can be backed up to the cloud if permitted by users.

One Tap and Block Store will be part of a unified Google Identity Services (GIS) library for Android that will eventually replace Google Sign In and Smart Lock for Passwords. 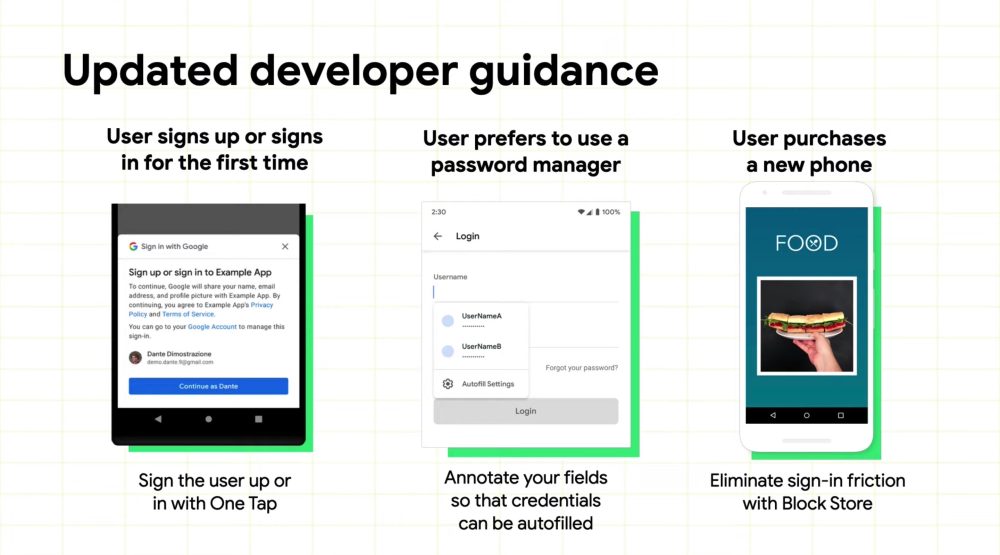