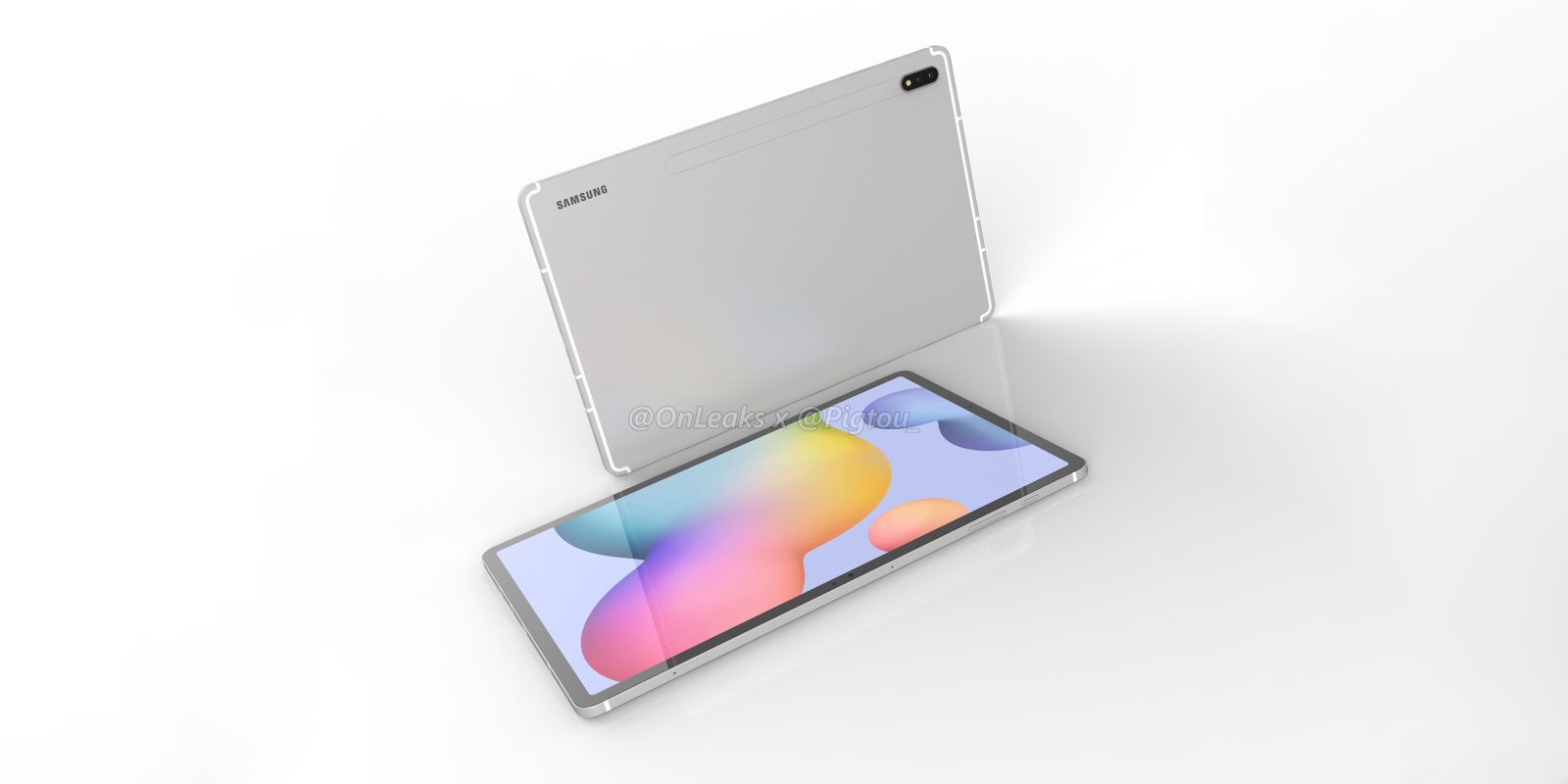 Alongside several other devices this year, Samsung is expected to launch two new Android tablets. Today, the first major leak of the Samsung Galaxy Tab S7+ has hit the web, revealing the 12.4-inch size of the monster productivity machine.

The base model of the Galaxy Tab S7 leaked about a week ago, showing off a design basically identical to the Galaxy Tab S6 from last year, just with a bigger overall display at roughly 11-inches. Now, the Tab S7+ is being shown off with a considerably larger panel.

Courtesy of @OnLeaks and Pigtou, we can see that the Tab S7+ is essentially identical in terms of design to its smaller brother. However, based on the CAD files for the Galaxy Tab S7+, it’s been determined that the display here is 12.4-inches in size. That display size, too, was mentioned back in April. For an Android tablet, that’s a rare find! Generally, Android tablets cap out around 10-inches, so those who need a bigger display will be in luck here.

Where might that bigger display become useful? If Samsung sticks to its pattern, the Galaxy Tab S7 series will ship with the company’s DeX software onboard, enabling a desktop interface for the tablet which works when you connect a keyboard and trackpad. In my review of the Galaxy Tab S6 last year, that was one thing I couldn’t help but praise.

It’s unclear how much the Tab S7+ will cost, but we can expect the device to launch alongside the regular Tab S7 in the next couple of months. Notably too, the display is expected to be a 120Hz panel.