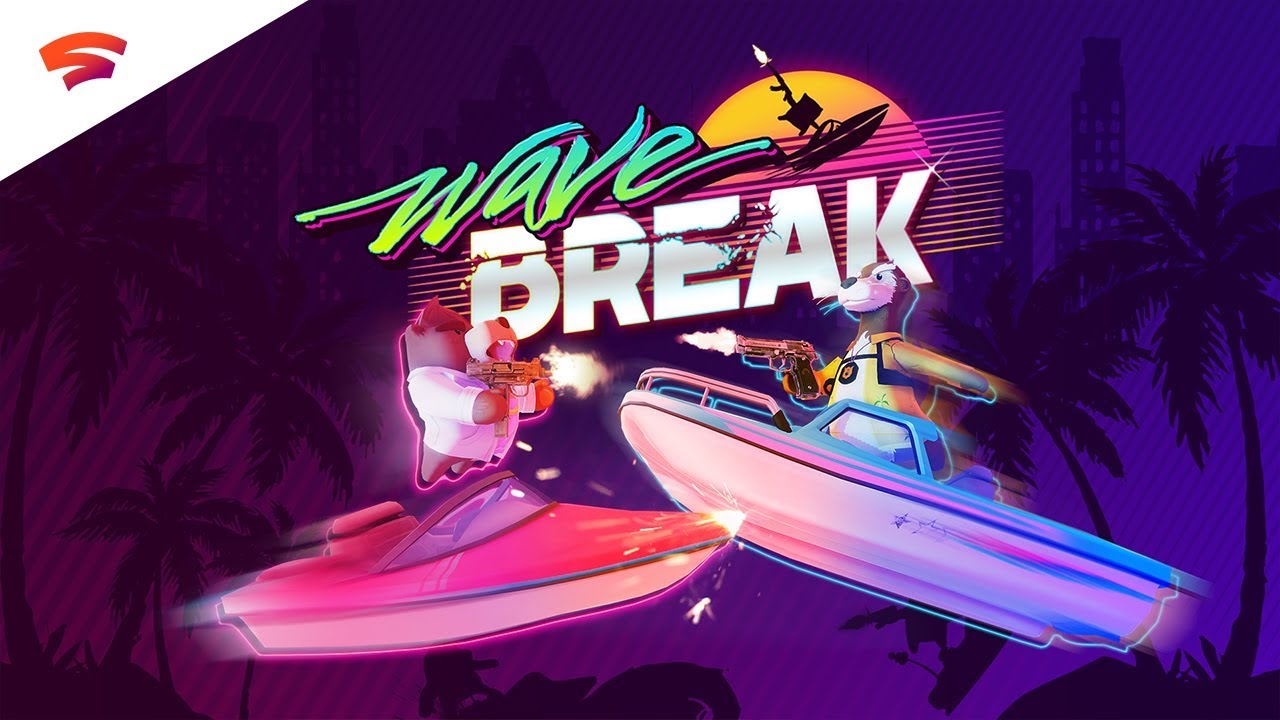 During April’s Stadia Connect event, Google showed off Wave Break, an upcoming First on Stadia title that takes the familiar skateboarding genre and adds a heaping helping of Miami Vice. We took some time to chat with one of the developers of Wave Break, learning their ambitions for the game as well as what it’s like to develop for Google Stadia.

Last week, we got the chance to speak with Kalin, cofounder of Funktronic Labs, via email, to learn more about Wave Break and the experience that they wanted to give players. We also took the opportunity to learn more about what it’s like to develop games for Google Stadia.

What is Wave Break going to bring to the table to appeal to fans of classic skateboarding games like Tony Hawk’s Pro Skater?

The core gameplay is the traditional arcade skateboarding controls, with classic objectives in the single player campaign, and Time Attack, Deathmatch, and Free Skate game modes. We wanted to create that same old feel of opening the game, hitting free play and listening to great music, and just doing combos around a level.

And in what ways is Wave Break going to carve its own path?

On top of that classic system, you’ve got a shooting mechanic, dynamic water, and a third dimension of rotation to work with. In that sense, it kind of mixes in the skills you might have from FPS or Rocket League, like airborne maneuvering. The style and theme is all-in on 80s Miami Vice cops and robbers vibe, which is a little different thematically, but it’s a fun theme to play in. The synth wave music is super nice to skate to as well. 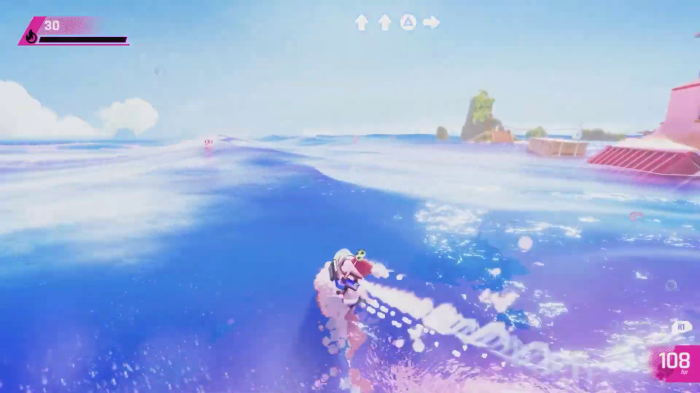 Is there anything Wave Break is doing on Google Stadia that wasn’t possible on the current generation of consoles?

The core game is largely the same everywhere, but for Stadia, playing the game is quite streamlined. The game is pretty heavy computationally with its physics water simulation, so it’s pretty nice to be able to run the Stadia version on any hardware with no fuss, especially on laptops that can be pretty rough on which to run GPU-heavy games.

I think like most console development, you spend most of the time working locally on PC on the core game. The cloud nature of it does make it a bit easier logistically, much simpler to test builds when you just open a browser and play. Opening extra tabs for multiplayer tests is pretty handy too. 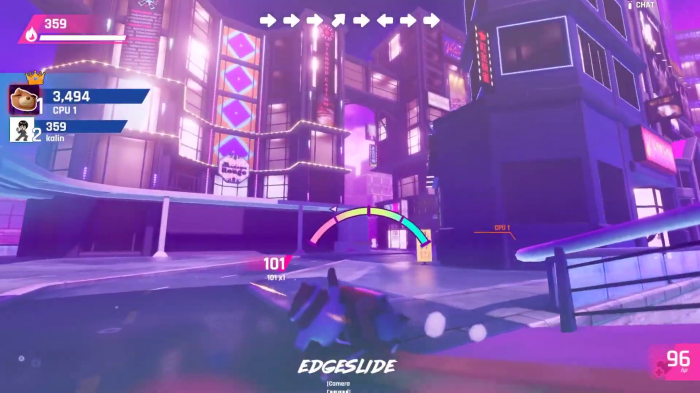 Does making sure games work on mobile screen sizes affect development significantly? To you, do smaller screens take away from how you want your title to be experienced?

There’s a little bit of shuffling around the UI to make sure it’s readable, but for the most part it worked fine for Wave Break. I could see it being more complicated for some UI-heavy RPG or something, but fortunately everything is still pretty clear for us.​

Wave Break is set to make a splash when it arrives on Google Stadia on Tuesday, June 23.

This soon enough for ya?

Wave Break will released on @GoogleStadia June 23rd at 10AM PT. pic.twitter.com/YTQ9j2wKMb