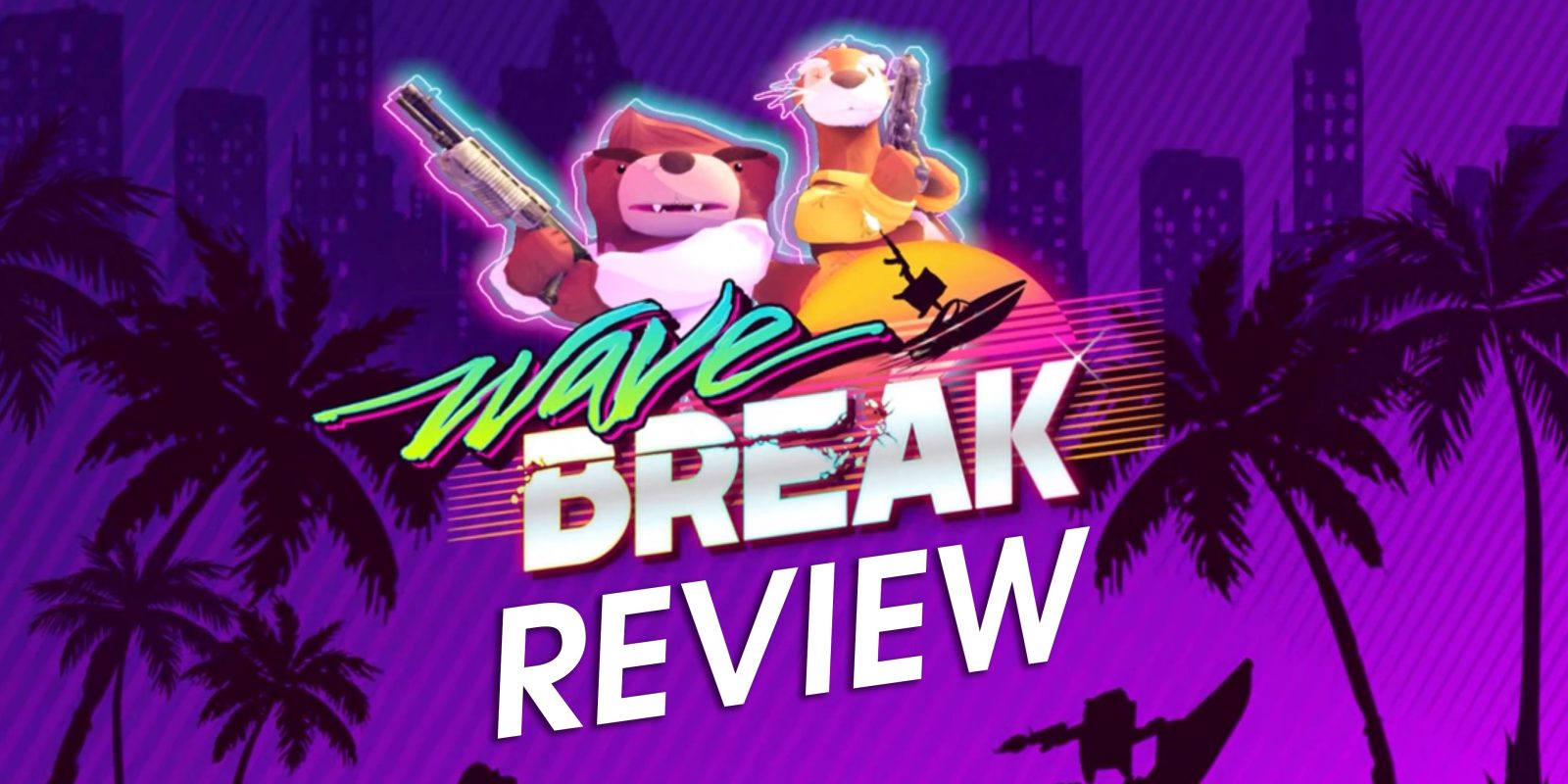 Like many other children of the 90s/00s, I grew up playing the Tony Hawk’s Pro Skater series, with its fantastic mix of arcade gameplay and rad soundtrack. When we first got a glimpse of Wave Break, a “First on Stadia” timed exclusive title which takes the familiar skateboarding genre and adds guns, “cute” animals, and a heaping helping of 80s retro aesthetic, I was sold. But does it live up to that hype?

The genre of skateboarding games has begun something of a revival in the last year, with a re-release of the first two Tony Hawk games coming in September, as well as the long-awaited Skate 4 finally being developed. Clearly, the time is right for a return to the strongly nostalgic gameplay, and Wave Break is — if you’ll forgive the pun — riding that wave.

At first, Wave Break seems just like Tony Hawk’s Pro Skater, with a control scheme that should feel all too familiar, A to jump, Y to grind, X to flip, B to grab, etc. Once you hit the water, however, a new dynamic comes into play, as the ocean will splash, ripple, and wave, which is entirely different from the hard concrete most skating fans are familiar with.

I found that the game’s physics in general, and especially the dynamics of the water, took a couple hours to get adjusted to. Even then, the controls and physics never feel quite as clean and tight as you’d hope, leaning more towards clumsy than precise.

I made the mistake of spending my first few hours of Wave Break playing campaign mode, eager to understand the game’s world and premise. In the campaign, you play a (usually) cute teddy bear by the name of Big Pin, working through a checklist of tasks that need to be completed in a particular location.

These tasks include the skating classics like collecting all the letters of “COMBO” in one move combo, as well as proper story missions that feel like mini episodes of Miami Vice. In one memorable example, you retrieve a stolen baggie of your “product” labeled “flour” to be returned to your “clients” who are partying around a rooftop pool. 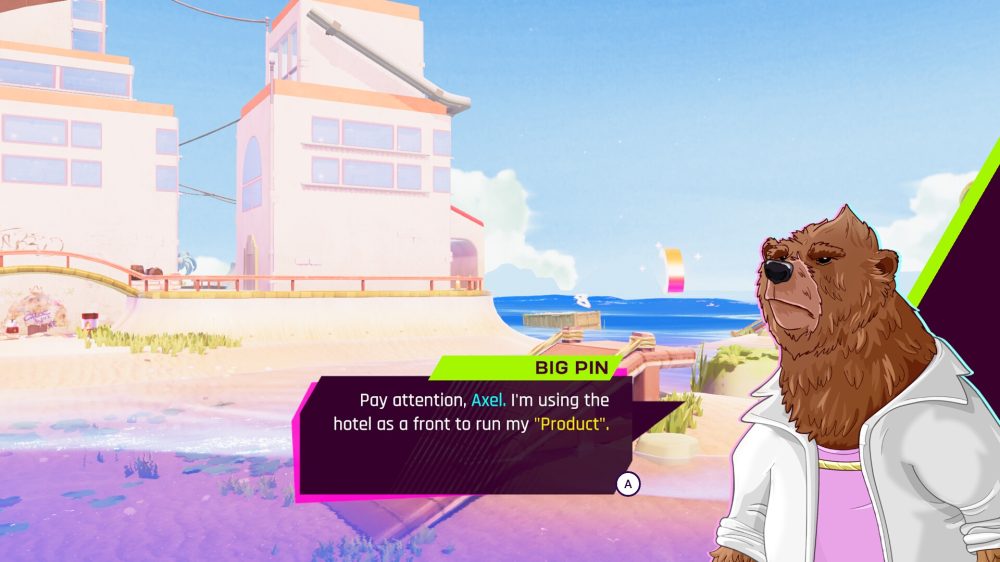 Until you’ve gotten a firm handle on Wave Break’s physics, built up your muscle memory, and upgraded your character, though, all of these missions are absolutely brutal, owing to the campaign’s ever-present two-minute timer and the game’s less than clean level design. While enforcing a timer has long been a staple of skating games, it feels frustrating in 2020 and is exacerbated by the lack of a quick restart option.

Instead, you can choose to end a run early, after which the game processes the objectives you did or probably didn’t finish, and finally allows you to load the level again. This extended loop of repeatedly trying and failing to complete a level’s tasks, only to then wait for the level to load again, gradually became my biggest source of frustration with Wave Break.

As much as I wanted to experience more of the story-oriented campaign missions — which sadly don’t seem to offer a way to be replayed — I found that the real magic of Wave Break is in the game’s other modes. Free Play and Time Attack let you spend a longer time getting to know each of the four levels, and mastering the art of stringing together tricks to rack up an incredibly high score.

Without a doubt, the Miami Vice fantasy would be incomplete without the ability to frivolously fire guns at other animals and boats, but at the same time, the guns simply feel tacked on — in most modes anyway. In the single-player campaign, you’ll rarely need to use your gun, and in multiplayer Time Attack, it feels absolutely bizarre to be able to literally shoot and kill your fellow skater to break their combos.

However, Wave Break’s Deathmatch mode is a strangely fun, hybrid, arcade-style game, where the skating takes the backseat while you unleash a hail of bullets on your opponents, collect money, get better guns, and repeat the process. Admittedly though, the experience is not for everyone.

All throughout the game, Wave Break’s original soundtrack, full of stellar retrowave tracks, manages to both cement the 80s/Miami Vice vibe and draw you into a zen state perfect for nailing combos. Coinciding with the release of Wave Break, part of the soundtrack is also available on music streaming services, and tracks like “Wake up!” are absolutely worth a listen.

Over the last week, I’ve formed what feels like a love-hate relationship toward Wave Break. I love it for what it promises, a fun, imaginative new take on the skateboarding genre. I hate it for what it is, a brutal and sometimes clumsy imitation of a game once loved by millions.

All said and done though, Wave Break is a hard game to put down, infuriating as it can be, because at its core, it’s just plain fun. I can very easily see myself returning to Wave Break from time to time even if just for a few minutes to chill out with some retrowave jams in the free play mode.

Wave Break is available now in the Google Stadia store as a “First on Stadia” timed exclusive for the somewhat steep price of $29.99.