Version 2.23 of Stadia for Android rolled out yesterday and revealed work on mobile data gameplay and family sharing. The update also makes some tweaks to Stadia’s Privacy settings that simplify the interface and suggest some upcoming capabilities.

The “Friends & privacy” menu is now just called “Privacy.” Google has reworded several descriptions and reordered sections, with the first now about “How people find and contact you.” There is a new “Who can find your Stadia Name with your email address” section with the options still: No one, Friends & their friends, All players.

This is followed by a new “Your activity” section where there’s now a high-level “Games activity” preference. In addition to “Achievements,” you can now control “Time played per game” and “Player stats.” That actual information is not listed in Stadia yet but could be part of a broader revamp, with Achievements still not available on mobile.

The new Privacy settings are available with Stadia 2.23 on Android and iOS. There’s also a small tweak where the orange accent when tapping has unfortunately been removed.

It’s also live on the web app, which recently added the ability to invite others to join Stadia by email or link. 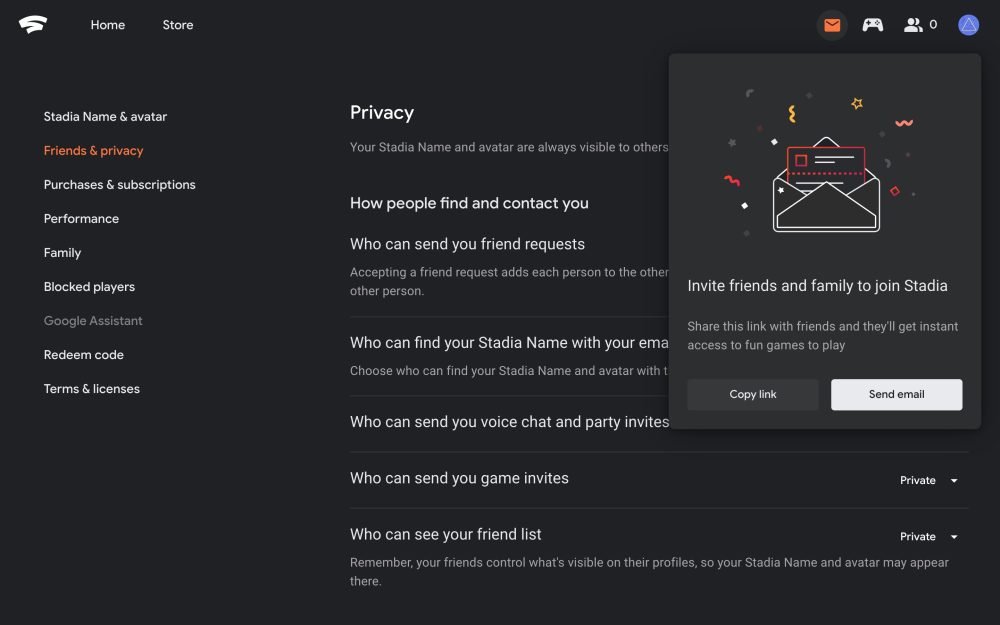