For its third edition, the 11 Weeks of Android series is diving into “privacy and security,” which is the upcoming operating systems’s third major tentpole alongside People and Controls. Most of the major features have been announced, but this week provides a deeper dive with some highlights.

One of the more significant privacy changes in Android 11 deals with further restricting background location. The OS already reminds users about such app access, and Google has found that this results in people downgrading or outright denying the location permission over 75% of the time.

The company believes that most developers can “provide the same user experience by only accessing location when the app is visible to the user.” As a result, Google is reviewing all Android apps requesting location access. Applied at the Play Store-level, there are very few exceptions, though Google is now giving existing apps until 2021 — instead of November 2 — to comply and remove unnecessary background location usage. 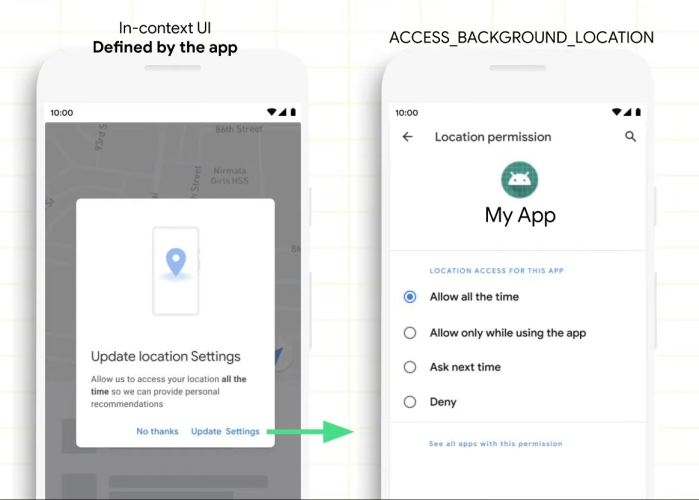 Apps — location sharing, emergency/safety — that need the background permission will have to direct users to the full Settings app. An application will first need to ask for foreground location, and can then direct users via a prompt to open system preferences. This makes the entire process a “more deliberate action.”

Building off the ability to limit location to “While app is in use,” Android 11 adds one-time permissions for microphone, camera, and location. Google notes that when Android 10 introduced that granular permission option last year, users selected it over half the time. Meanwhile, the new option does not require any work on the part of developers. 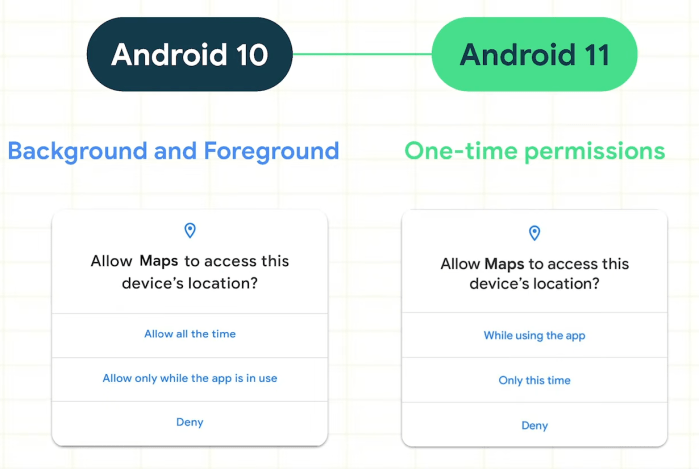 Apps targeting Android 11 that haven’t been opened for an “extended period of time” by a user will have its permissions auto-reset. You’ll be notified when this occurs, and there is a new “Unused apps” page in Settings to manage and quickly delete.

If you have an app that has a legitimate use case to retain permissions even if a user doesn’t frequently interact with your app, you can prompt users to turn this feature OFF for your app in Settings. 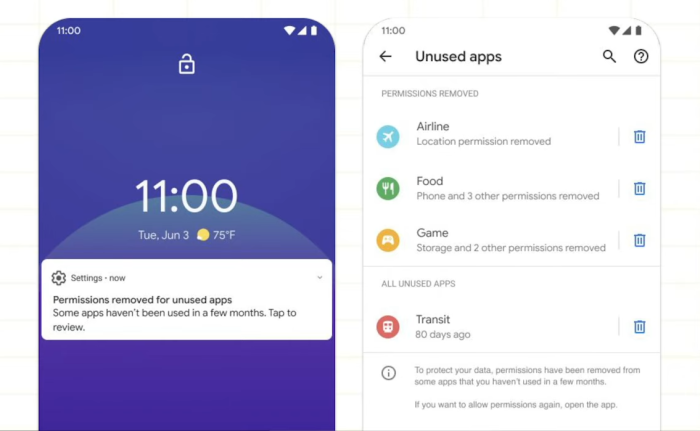 Scoped Storage was a contentious change introduced in Android 10 designed to limit broad access to files on a device. Developers were able to opt out, but it’s now mandatory for apps targeting Android 11. Another change Google has made is creating a special permission for file managers and backup apps that do need to manage all files in shared storage. Google Play will manually review all these requests.

Other changes include more Project Mainline modules, with Google highlighting how these Play system updates helped “quickly fix a critical vulnerability in the media decoding subsystem” earlier this year. It also continues work on an Identity Credential API that will allow drivers licenses and other IDs to be stored digitally. Google says it is “working with various government agencies and industry partners to make sure that Android 11 is ready for such digital-first identity experiences.”