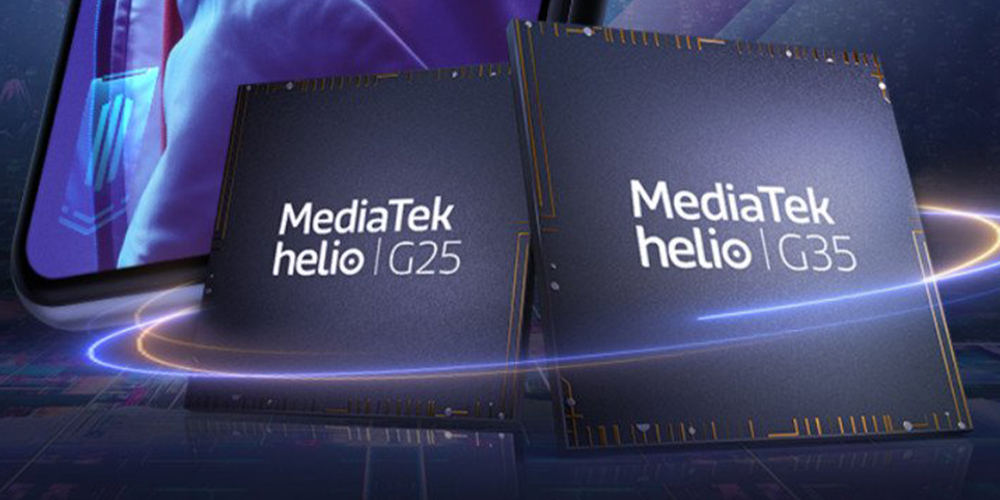 MediaTek has now unveiled another duo of affordable chipsets in the form of the Helio G25 and G35 which are aimed at improving the low-end mobile gaming experience.

The new duo fits snugly beneath the Helio G70, G80, G85, and G90 series chipsets, which are aimed more towards the mid-range. Neither of the new chips will be found in any hardware just yet, but MediaTek confirmed that “major smartphone brands” will offer the chipsets in devices “expected to hit markets in the coming months.”

We would expect only the cheapest of gaming phones to come with the Helio G25 or G35 though, as these chipsets offer 4G-only connections and particularly modest specifications. They are aimed at offering low-latency gaming for gaming-focused smartphone owners — which somehow appears to be a growing market despite very few gaming phones actually being available. 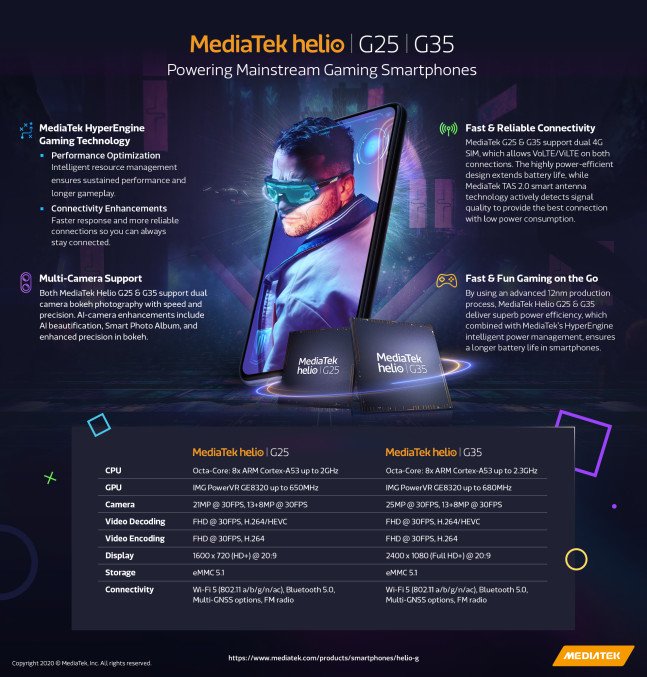 Both the MediaTek Helio G25 and G35 have optimal power efficiency due to an advanced 12nm FinFET production process which, combined with MediaTek HyperEngine’s intelligent power management, ensures long battery-life and power efficiency, even during long gaming sessions.

The Helio G25 and G35 join the recent unveiling of the Dimensity 820, which aimed more towards the high-end market than gaming phone segment. Given the popularity of Qualcomm’s Snapdragon chipsets in the rest of the world, we’d anticipate that Chinese OEMs will adopt these in upcoming smartphones.