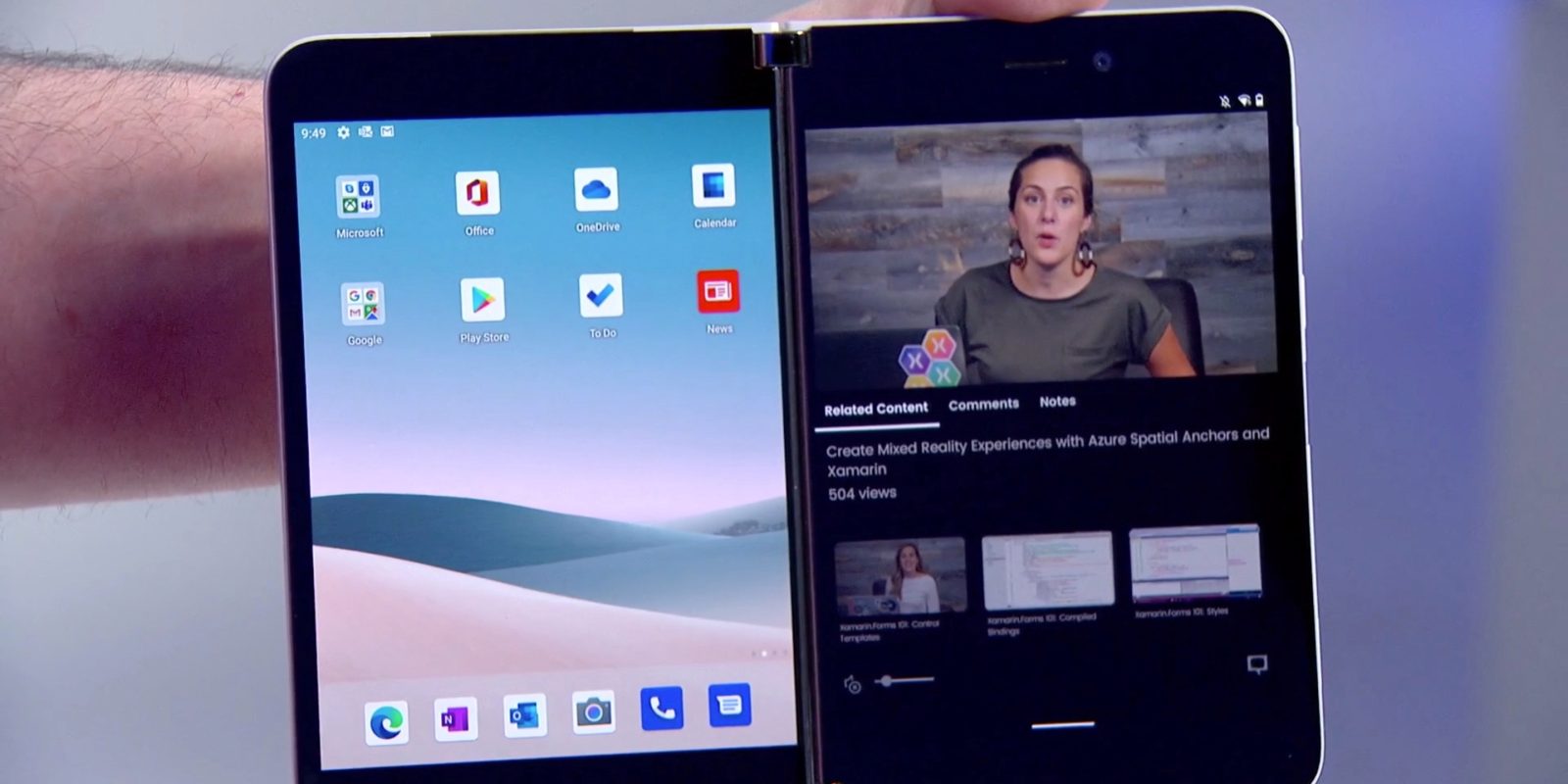 One of our most hotly anticipated Android devices of this year, here at 9to5Google, has surprisingly been a foldable Android from Microsoft — the Surface Duo. A new report details — and we’ve confirmed — that Microsoft has moved its development of the Surface Duo’s flavor of Android to be in-house.

Up to this point, Microsoft’s operating systems development efforts have been focused on Windows 10 and the reported Windows 10X variant, both intended for desktops, laptops, and tablets. Their most recent mobile effort, Windows Phone, was discontinued in 2017, leaving Android and iOS as the major players in the smartphone market. Last year, Microsoft announced a pair of foldable Surface devices, the Surface Neo running on Windows 10X, and the smaller Surface Duo surprisingly running Android.

To make the necessary changes to Android to accommodate their vision of the foldable device, Microsoft had been relying upon Movial, “a global software engineering and design services company specializing in mobile and embedded devices.” Today, Windows Central is reporting that Microsoft has acquired the three Movial teams that had been working on the Surface Duo — specifically the teams based in Romania, Taiwan, and the United States.

These teams are being onboarded as Microsoft employees to continue the development of the Surface Duo, as well as to support and update the foldable Android after release. Windows Central also reports that the team will be responsible for the development of a rumored “Surface Duo V2” successor device.

9to5Google confirmed the report of Microsoft performing in-house Android OS development work, as the Surface Duo’s Principal Software Architect has begun contributing to the Android Open Source Project as of last month. Based on our reading of the code changes, we believe Microsoft is seeking to get the Surface Duo to pass Android’s Compatibility Test Suite.

To further bolster their Android expertise, Microsoft also has a number of job listings seeking experienced Android engineers to work on the Surface Duo. 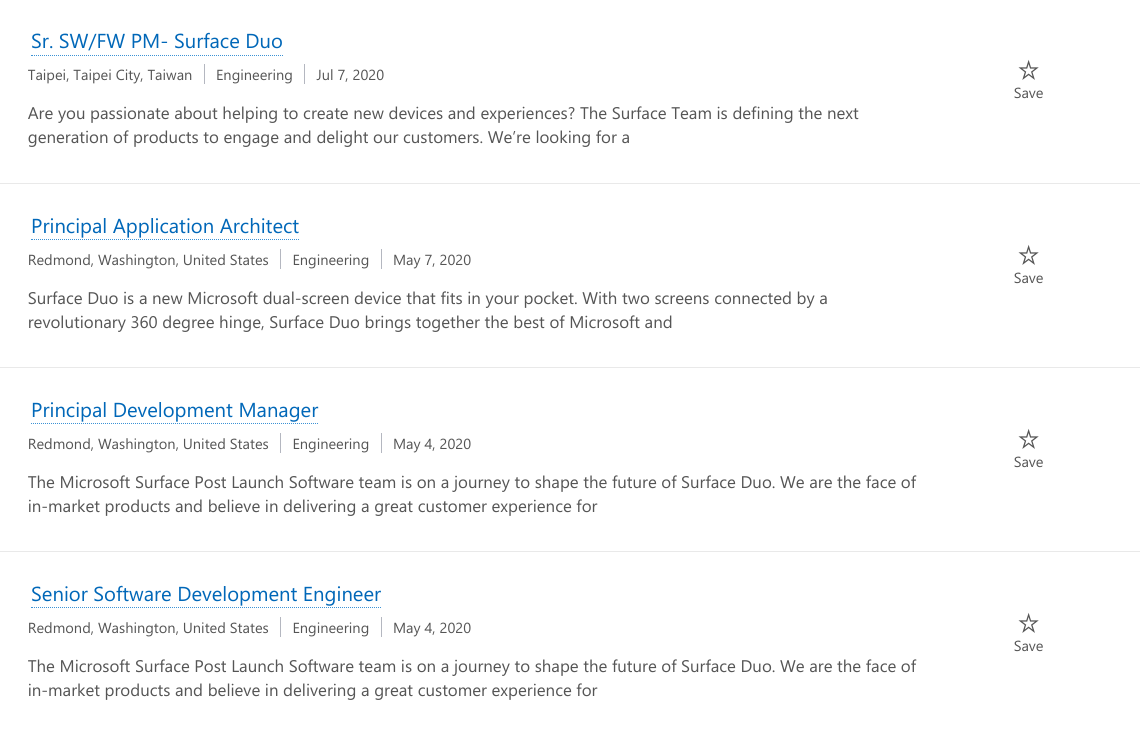 The Microsoft Surface Duo is rumored to release later this summer, equipped with a Snapdragon 855 processor, 6GB of RAM, and up to 256GB of storage.