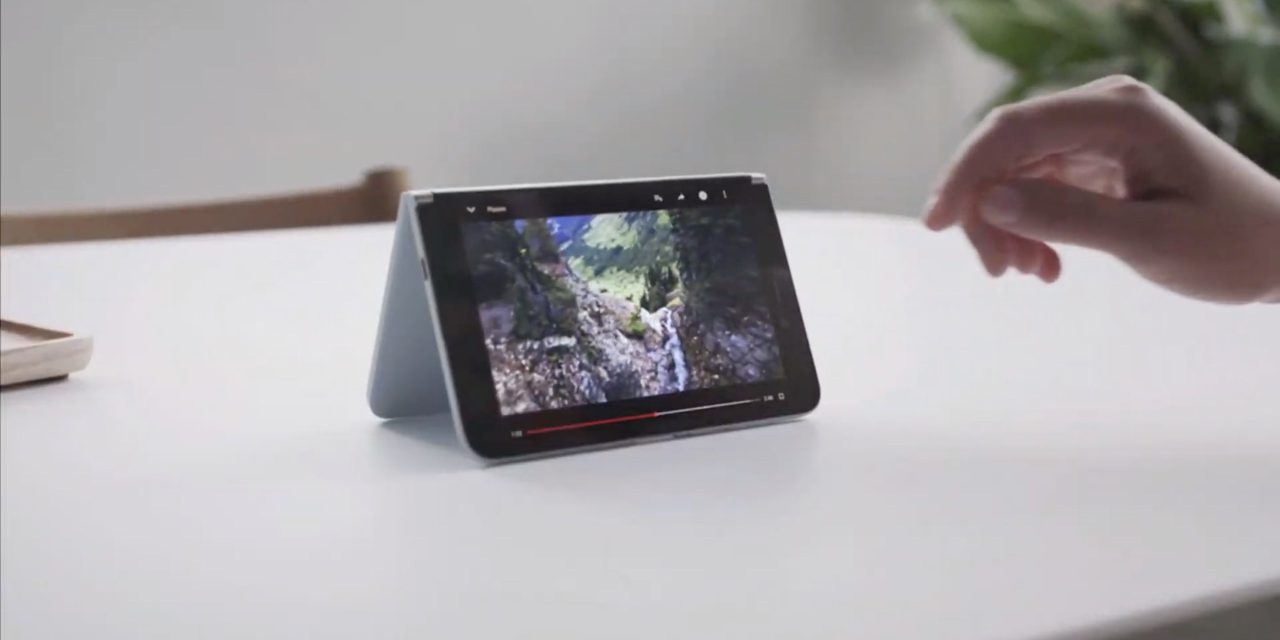 Since it was teased last October, Microsoft has been readying developer support for the Surface Duo. As the eventual launch nears, more rumored Surface Duo specs have emerged today.

Windows Central is back with more granular device specifications. Today’s report reiterates that the Android Foldable will use the Snapdragon 855 with 6GB of RAM. We already knew of a 64GB model, but a 256GB edition will apparently also be available at launch.

Meanwhile, the 4.8mm thick device houses a 3,460mAh battery that charges over USB-C with wireless charging not present on units tested by employees. According to today’s report, NFC is not present on current test units, which of course rules out Google Pay. For those that intend to use the Surface Duo as a daily driver, the lack of contactless payments could be a big hurdle. It’s not clear if Microsoft will change this by launch, but it’s pretty late in the hardware development cycle to do so now.

The two 5.6-inch 4:3 AMOLED displays come in at 1800×1350 for 401PPI. An 11MP camera in the top-right corner of the screen has an f/2.0 and 1.12μm pixel width. According to Windows Central, imaging quality is described as “good enough for most people,” but not on the same level as the Pixel or iPhone. The device will launch with Android 10, but be “updated to Android 11 relatively quickly.”

Today’s report describes internal testing expanding to Microsoft employees outside the Surface hardware division. By early June, the company hopes to “finalize the apps that will be preinstalled,” with first-party clients all supporting dual-screen functionality.

Launch is officially slated for holiday 2020, but there have been rumors of an earlier launch, possibly this summer. Pricing is still the big unknown today.