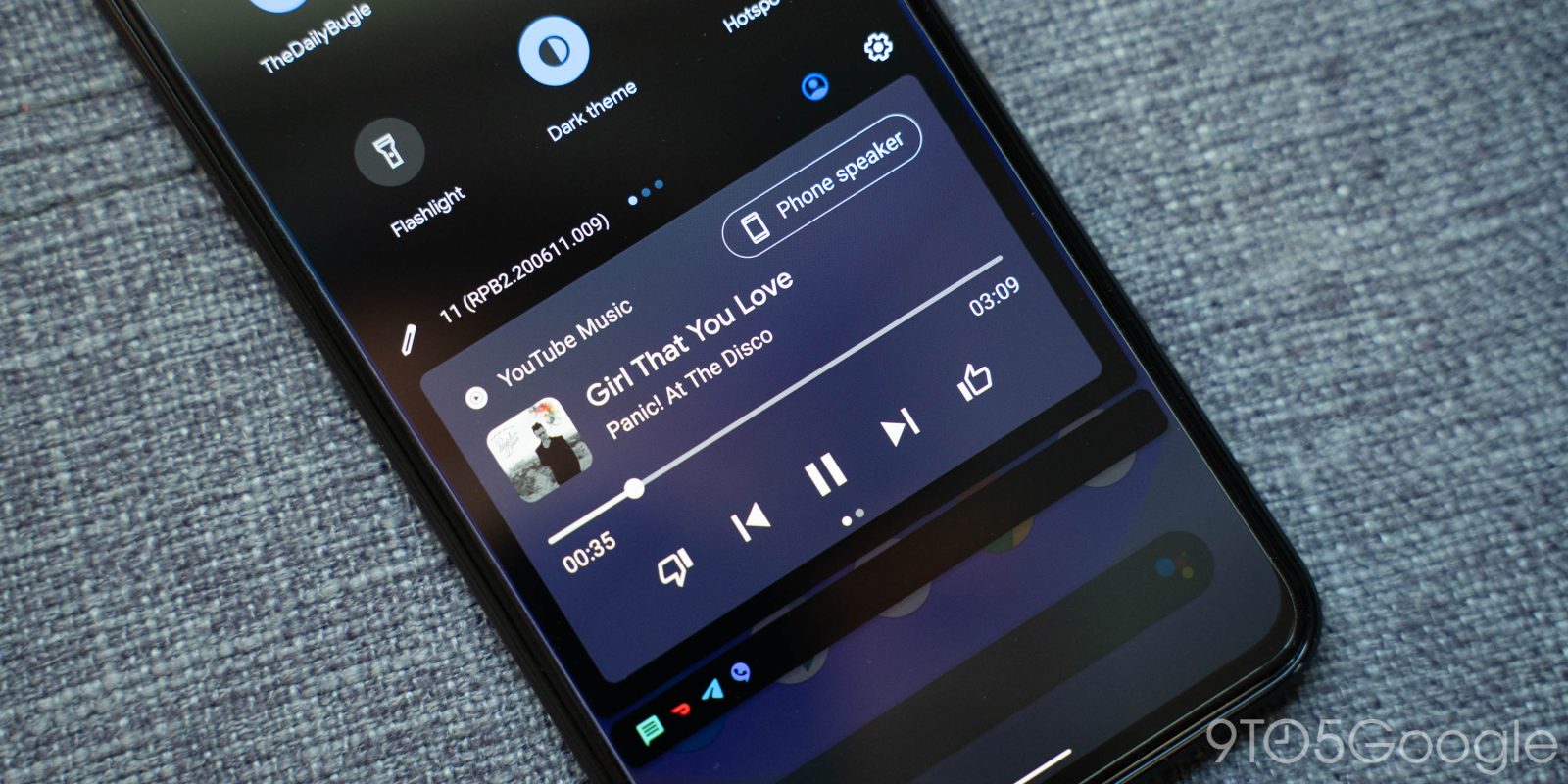 One of the features we’ve been watching closely in the Android 11 Beta and Developer Preview period, the new media player controls interface, has gotten a familiar-looking redesign with Android 11 Beta 2.

While we had been tracking this feature since the early Android 11 Developer Previews, with the release of Beta 1, we were given a toggle in Developer Options to officially turn the new UI on or off. Now, with Beta 2 released, Android 11’s media controls are now enabled for most with no way to be disabled.

Strangely, though, both in our own testing and according to reader reports, some devices seem to be locked in to the old, notification-based design for media controls. In one case, this occurred even when the previous “Media resumption” toggle in Developer Options was turned on.

Thinking back to Beta 1, Google gave us an animated preview of the media controls which looked surprisingly different from what was available on our devices at the time. In Android 11 Beta 2, we’ve been given that same updated UI, which includes some much needed — though admittedly minor — changes like actually centering the card in the Quick Settings panel.

The reason the “Media resumption” card was off-center before is because the area was horizontally scrollable so that you could switch between multiple active media apps. In the new design, you can of course still scroll between apps, but now the contents of the card are being scrolled instead of scrolling between cards.