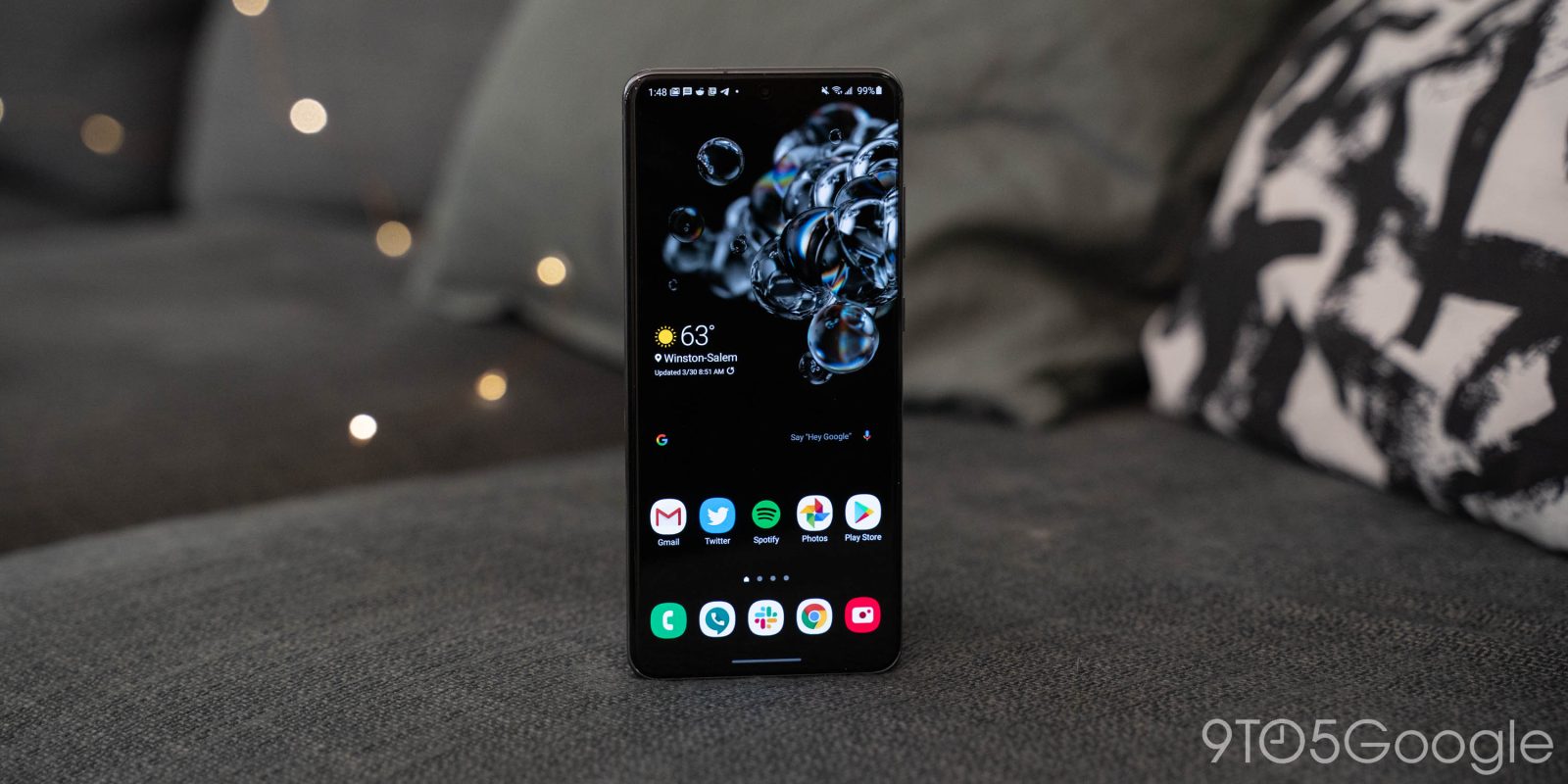 The July 2020 security patch has now already started rolling out for the Samsung Galaxy S20 series in Korea, with the update bringing some added camera enhancements in tow.

This is a little while after unlocked models, which have been receiving the updates since July 6. However, if you do have the Verizon S20, you should definitely be heading to your Settings > System updates panel right now and refreshing.

[Update 07/13]: Those of you that are still rocking the Samsung Galaxy S9 or S9+ can now get some of that July 2020 security patch goodness, as the update has now started rolling out (via SamMobile). It’s likely the last “flagship” Samsung device to get the coveted monthly patch — as it’s unlikely to hit the S8 or Note 8 any time soon.

However, firmware versions G960FXXUAETG3 and G965FXXUAETG3 should soon be available on your Galaxy S9 or S9+ respectively. As is often the case, the patch has been spotted rolling out in Germany, so expect to see it head out more widely over the coming days and weeks. Now might be the time to head to your Settings > System updates panel and hit that refresh button.

[Update 07/10]: The rollout for Samsung devices continues as the July 2020 security patch is heading out for the Galaxy Note 9 too (via SamMobile). While we are awaiting the next Note, the oldest supported Galaxy Note is now getting some much-needed attention. German Note 9 owners have spotted firmware version N960FXXS6ETG1 rolling out to their devices over the past 24 hours or so.

With that in mind, expect to see a wider global rollout in the coming days as localizations are made to the OTA update package.

[Update 07/06]: For those of you in the US with unlocked Galaxy S20 series devices, we have some great news as the July 2020 security patch is rolling out to your smartphones. Reports over on Reddit suggest that this could also be the case for those on AT&T but it’s unclear if this is simply for those using unlocked devices on AT&T’s network.

There’s nothing majorly notable about this patch for those rocking an unlocked Galaxy S20 beyond the July 2020 patch though. You’ll see firmware versions G988U1ES1ATFB, G988U1OYM1ATFB, and G988U1UESATFB rolling out over the next few days. The actual OTA weighs in at around 220MB, which is relatively small compared to previous updates posted by Samsung.

[Update 07/03]: Next up to get the July 2020 security patch is the current top-generation Galaxy Note 10 and Note 10+ — no word on the 5G variants though (via SamMobile). The updates should be available and rolling out right now if you have a Note 10 device. Firmware versions N970FXXS5CTFA and N975FXXS5CTFA should be rolling out right now for the Note 10 and Note 10+ respectively, ensuring that your device is fully secure with the very latest patch.

However, it is worth noting that the update has only been spotted so far on Exynos variants of the Note 10. We’ll likely see the update for Snapdragon models in the coming days. Should you own the Galaxy Note 10 or Note 10+, you should definitely head to your device Settings > System updates and check if you do have an OTA update waiting to be installed.

[Update 06/30]: The July 2020 patch is now rolling out for the Samsung Galaxy S10 series (via SamMobile). There have been reports of the update hitting around 20 European nations already, with firmware version G97xFXXS7CTF3 already rolling out extensively.

As far as we know, the patch is just that, a security update. No extra features have been added or come to the table. That makes sense given the One UI 2.1 update brought more to Samsung devices in a similar vein to Pixel Feature Drops — hopefully, we’ll see more updates like that in future too.

Should you own the Galaxy S10, you should definitely head to your device Settings > System updates and check if you do have an OTA update waiting to be installed.

It’s mighty impressive, given that we’re not expecting the update until next week at least. Although not to dull the impressive speed of the update, OEMs get access to updates ahead of time to make the necessary alterations.

In Samsung’s homeland of South Korea, the July patch is now available as firmware version G98xNKSU1ATFD for all of the Galaxy S20 series handsets. At around 400MB in size, it’s not exactly lightweight (via SamMobile).

The July 2020 security patch is not the only inclusion, as there are some camera improvements in tow — which seems to have been a focal point since release with regular S20 updates.

When it arrives in Western markets, the update improves the high-magnification zoom photos and overall video stabilization. There are also some further options including the ability to record via Bluetooth microphones when using the Samsung voice recording app.

Although it brings some new features, the July 2020 patch for the Samsung Galaxy S20 series also takes some things away. The update confirms the end of support for MirrorLink, which was an Android Auto competitor — although without the same install base.

It looks like the update is only currently rolling out in Korea, but we’re sure it will expand to more regions over the coming days. If you have seen the patch on your device, be sure to let us know down in the comments section below.