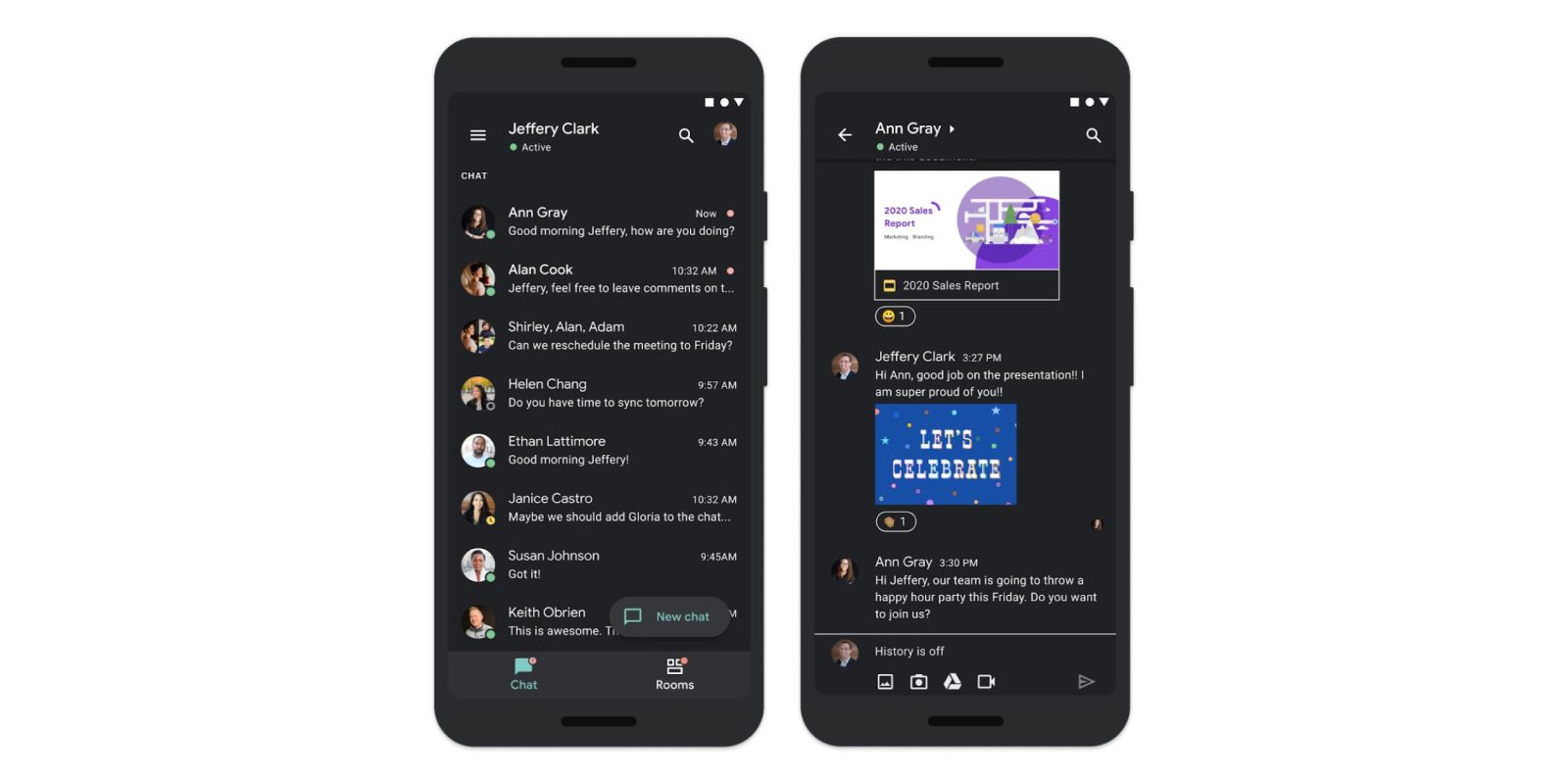 Earlier this month, Google announced that Gmail would soon incorporate chat, group, and video messaging. The standalone apps are still seeing updates, with Google Chat for Android and iOS today picking up a dark theme.

Since launching in 2017, the app has predominantly featured a bright background with green accents. It now has a dark theme, thus providing a “popular feature that’s frequently requested by users.”

Google touts a “better viewing experience in low-light conditions,” which allows for better night time usage. The app adopts the same shade of dark gray as other G Suite applications, though the bottom bar is slightly lighter.

Screenshots shared by Google this evening also reveal a number of other tweaks to the mobile app. The dark theme itself is already widely rolled out today, but Google previewed a different oval FAB — “New chat” with accompanying icon — that matches the one recently introduced to Gmail. That button today is circular with a brightly-colored “plus” sign.

Meanwhile, Google shows your name being displayed in the app bar when viewing the Chat tab, which has a new icon.

Google Chat is primarily only available for G Suite accounts, with the dark time already live on my device this evening. It is controlled by system-level settings, and there is no in-app toggle to independently set.