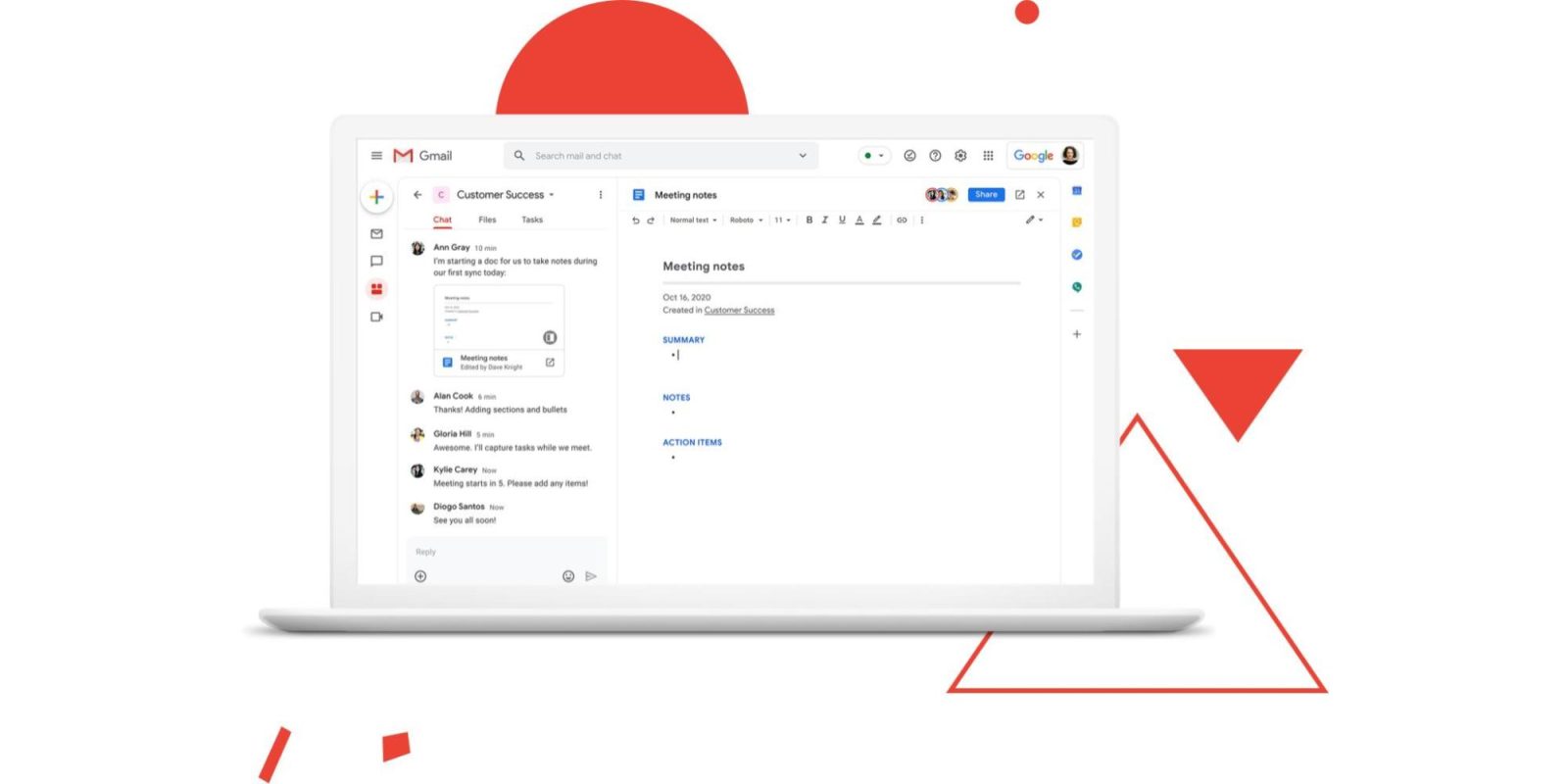 Last night, a big Gmail redesign that puts Chat, Meet, and Docs side-by-side leaked out early. Google today officially announced its vision for having Gmail be the new “home for work” and G Suite.

In short, Google is “integrating core tools like video, chat, email, files, and tasks, and making them better together, so that you can more easily stay on top of things, from anywhere.”

The apps coming into Gmail include Meet, Chat, Drive, Docs/Sheets/Slides, and Tasks. Individual functionality is unchanged from today with the big exception of Rooms, which is now being elevated into a proper Slack competitor.

Google is “making Rooms an even better solution for longer-term projects” with side-by-side access to shared chat, Drive files, and Tasks, which can now be assigned to colleagues. The biggest change is being able to group edit a document without leaving Gmail’s web app.

This makes it easier for you to collaborate directly within the context of where you’re doing your work in the moment—so, for example, you can chat about the changes you’re making to a document in real time, or assign a new task (or mark one complete!), without switching between screens.

On Android and iOS, these four key sections will be housed in a bottom bar. Meanwhile, Google is increasing integrations between all G Suite services. Cited examples include:

To boost productivity, Google is adding cross-service Do Not Disturb that will warn you before contacting somebody with DND set or Out of office (OOF) notices. You can also pin important Rooms. One feature coming “in the future” is the ability to have picture-in-picture video calls right in Gmail.

Right now, this “integrated workspace” is just for G Suite customers and administrators can sign-up now for early access to the new Gmail in the coming weeks. Wider enterprise availability is expected this year. According to The Verge, Google is “actively thinking” about how to bring this down to free accounts. In June, the company announced that consumers will soon see a “Meet” tab in Gmail for Android and iOS.