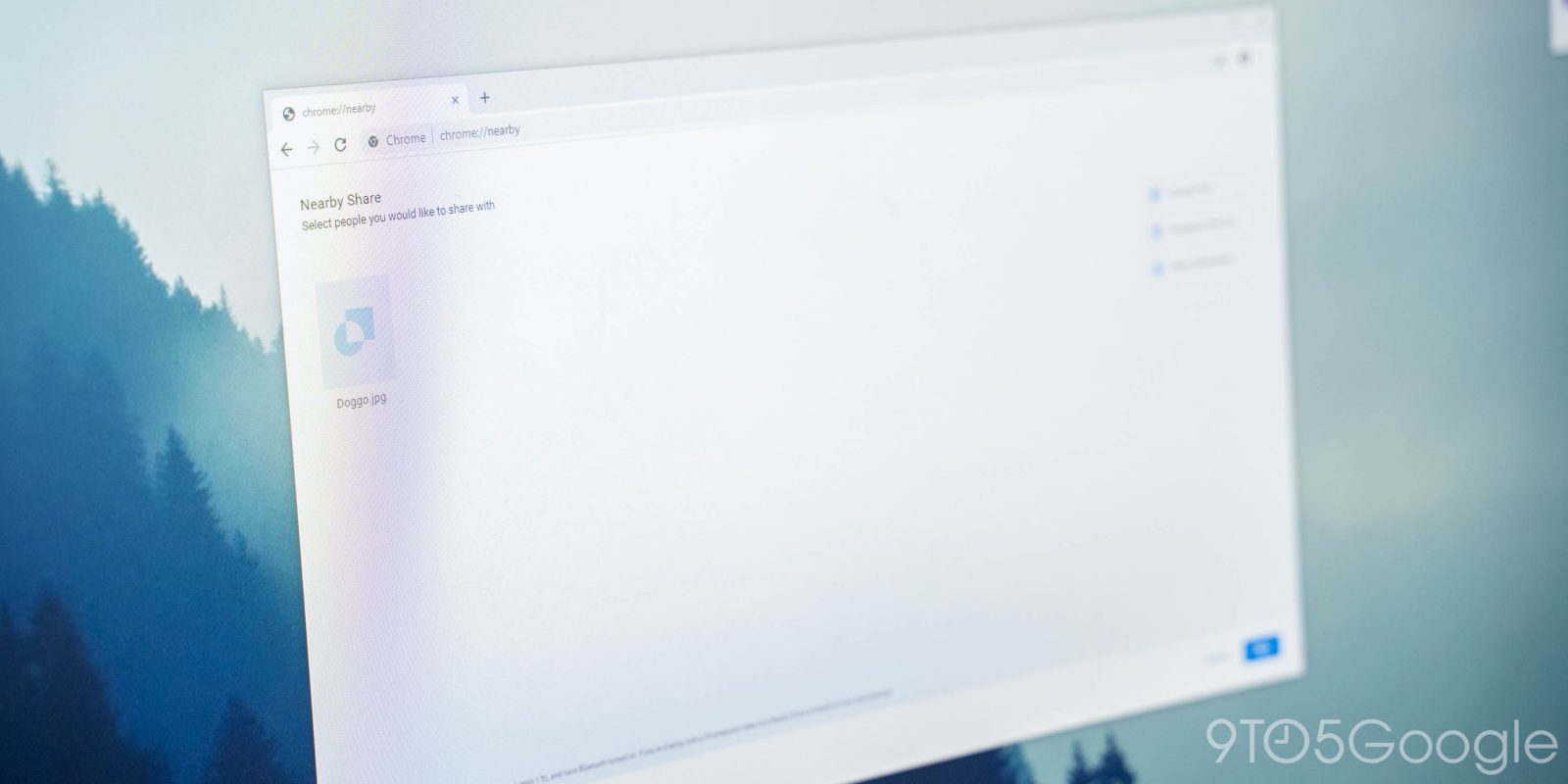 AirDrop is admittedly one of the best features of iPhones, especially because it works with nearby Macs too. Google has been slowly building out its own version of that feature for a while now with Nearby Sharing and, as it rolls out more widely on Android, the feature has also arrived on Google Chrome. Well, sort of.

We’ve known for some time that Nearby Sharing would arrive on Google Chrome, but it wasn’t clear what it would look like or how it might work. Now, though, we have that answer.

As spotted by TechDows in the latest Chrome Canary release, Nearby Sharing has arrived on at least the Windows version of the browser, but likely Chrome OS and macOS too. Unlike others have suggested, though, the feature does not work, but at the very least we can see what it will look like.

On a computer, Nearby Sharing is a full-page service which is currently visible on chrome://nearby. On that page, we can see that Google will show the file being exchanged as well as any nearby devices that also work with this AirDrop-like feature, as seen below.

Beyond that, this new page also confirms that Bluetooth is a required hardware capability to allow Nearby Sharing to work on Google Chrome. On a Chromebook, too, you’ll also need to press a quick settings toggle.

Again, this functionality is not live in Chrome just yet, but this is a good sign that the functionality will arrive sooner than later. Google is currently testing Nearby Sharing on Android devices in beta, so it’ll likely be a few weeks before both Android and Chrome have this all completely ready for launch.

If you want to see this page for yourself, dive into chrome://flags and enable the “Nearby Sharing” flag. Then, just go to chrome://nearby. We’ve confirmed this is live on both Windows and macOS.

More on Nearby Sharing: